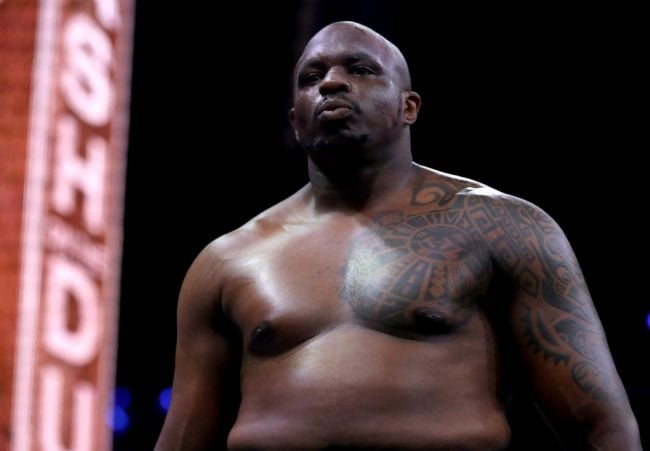 Dillian Whyte produced a brutal fourth-round knock-out to win his rematch with heavyweight Alexander Povetkin in Gibraltar and avenge his shock loss to the Russian.

The Londoner had been on course to challenge for a world title before a devastating blow by his experienced opponent at Matchroom Boxing headquarters in Essex last August consigned the Brixton boxer to only his second professional defeat.

After numerous delays, once due to Povetkin contracting coronavirus in November, the bout finally went ahead in front of 500 spectators at the Europa Point Sports Complex.

With pressure on his shoulders, Whyte was able to put in a controlled display and landed the knock-out punch this time to take his record to 28 wins from 30 bouts.

Success in the contest dubbed the ‘Rumble on the Rock’ opens more doors for the 32-year-old, who is now the WBC mandatory challenger again.

Eager to get his career back on track, the fight started at an explosive pace, with Whyte, who weighed in half a stone lighter than his opponent at 17st 9lbs 3oz, landing several blows in the first round.

A rocked Povetkin managed to remain on his feet but more damage came his way in the second and third before the fourth again proved pivotal.

Back in August the 41-year-old was put down twice in the fourth before he landed a knock-out blow on Whyte, but this time the Londoner made no mistake and sent his Russian rival crashing to the canvas.

Whyte, speaking ringside after getting a stool for Povetkin to sit on in his corner, said: “I am ready to go again if he wants it. If he wants a rematch, I’ll pay him the right money and we will go again because I shouldn’t have lost the first time.”

Earlier, Campbell Hatton, son of former two-weight world champion Ricky Hatton, started his professional career with a unanimous points decision win over Jesus Ruiz. The 19-year-old clinched a debut victory on the undercard, with his father watching on.