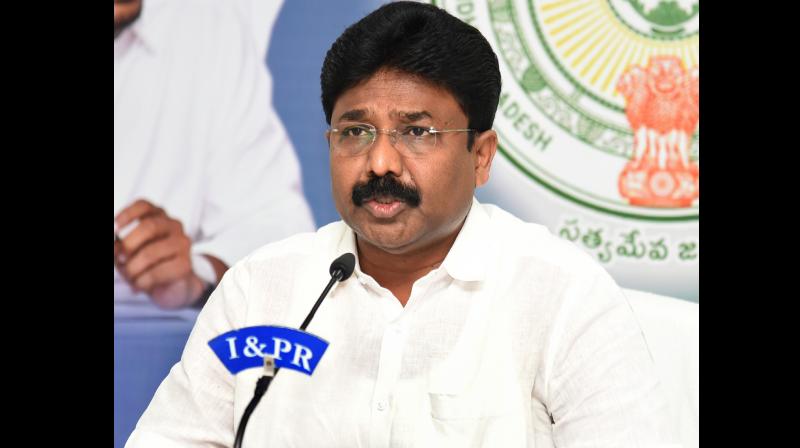 VIJAYAWADA: Minister for education, Adimulapu Suresh said that the State government would release a calendar for filling up all vacant posts in the education department on Ugadi.

Addressing the media here on Friday, Suresh said the college fee amounts would be credited to the accounts of the students’ mothers under Jagananna Vidya Deevena scheme on April 9. This will benefit 10 lakh students. He said educational standards in colleges would be suitably improved so that students can get jobs.

The minister warned autonomous colleges not to indulge in irregularities and said appropriate action would be taken against all those found guilty of malpractice. He said there are 109 autonomous colleges under various universities and it was found that quality education was not being provided in most of them. If such cases come to the notice of the government, they would be strictly dealt with.

He said discussions are being held with UGC regarding autonomous colleges. He said education is a concurrent subject and the State also can make laws. He said colleges can move courts in this regard.

The minister said the government would conduct academic audits in autonomous colleges and bring reforms in the education sector. He said the autonomous colleges cannot prepare question papers on their own and added that the apprentice system would be implemented for degree courses.

Meanwhile, A.P. Central university vice-chancellor Prof. S.A. Kori met UGC chairman Prof. D.P. Singh in New Delhi and sought funds for developing permanent structures. He briefed about the poor amenities and shortage of funds for establishing permanent structures in the varsity campus. He also informed the chairman about the new programmes that are to be offered from the 2021-22 academic year.

He presented a copy of the inaugural issue of ‘REVISO’, the quarterly newsletter of CUAP. The UGC chairman promised all support for the varsity’s development initiatives.