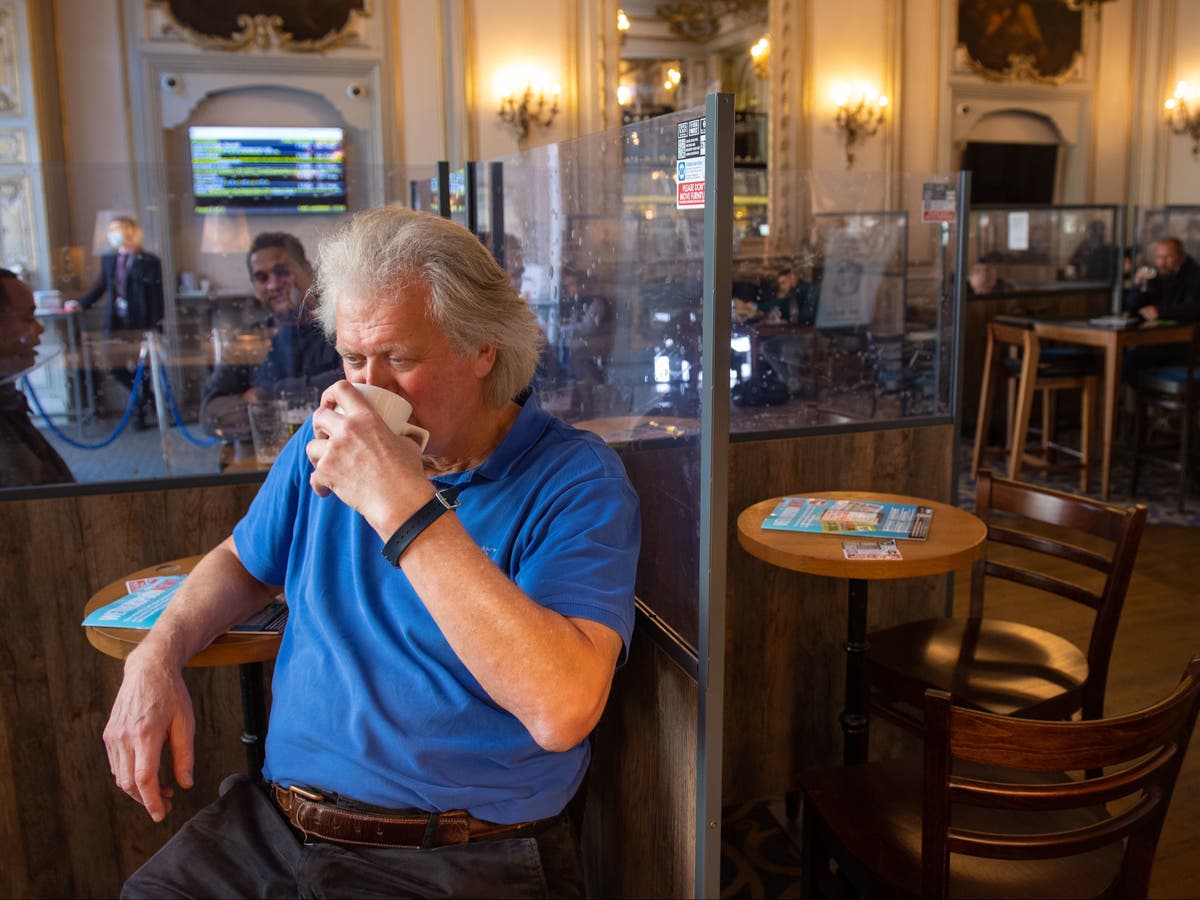 Vaccine passports would be the last straw for struggling pubs and would force bar staff into a “bitter civil liberties war” with customers, Wetherspoon boss Tim Martin has claimed.

Ministers are studying the potential use of coronavirus health certificates as England emerges from lockdown.

They could mean people will be allowed in venues only if they have been jabbed, received negative test results or developed antibodies through past infection.

However, Conservative backbenchers, publicans and some scientists have raised concerns about their potential use.

Writing in The Daily Telegraph, Mr Martin said there was no justification for a passport system.

The head of the pub chain wrote: “For many pubs, hanging on for dear life and devastated by G-force changes of direction, a complex and controversial passport scheme would be the last straw.

“It would inevitably put pub staff in the front line of a bitter civil liberties war, with some customers unwilling to be vaccinated or unable to have a jab for medical reasons.”

Culture secretary Oliver Dowden on Sunday said vaccine passports would not be introduced on a permanent basis, but could be a beneficial tool to restart businesses safely in the short term.

Mr Dowden, whose brief includes theatres, where certificates could be used to relax social distancing, had insisted the government needed to look at all options for safely easing restrictions.

“Of course, we would never look to do this on a permanent basis, it’s just whether it might be a tool in the short term,” he told The Andrew Marr Show on BBC One.

Welsh first minister Mark Drakeford said he was prepared to consider their use provided they were “fair and reliable”.

“I think there are definitely prizes to be won through domestic vaccine certification, but there are very big practical and ethical challenges to face as well,” he told Marr.

Mark Woolhouse, a member of the government’s Scientific Pandemic Insights Group on Behaviours (Spi-B), said the use of passports certainly had to be considered to make post-lockdown life safe.

“For those activities that it is difficult to make completely safe – I am thinking things like nightclubs, large concerts, mass gatherings – that’s where passports come in, whether it is vaccine passports, test negative passports or even immunity passports,” he said.

However, his Spi-B colleague Stephen Reicher said certificates could compound hesitancy in those already sceptical of vaccines and could therefore be counterproductive by causing lower uptake. He also warned they could lead to “social division”.

Last week, pub landlords rejected Boris Johnson’s suggestion that it could be up to them to decide whether to screen customers’ certificates on entry.

The prime minister acknowledged the moral complexities around a domestic vaccine passport scheme, on which the government will set out more details early next month.

Additional reporting by the Press Association