Greetings, Samodelkins!
From this article you will learn how the author of the YouTube channel “Likhoy Topor” managed to bring to life a very interesting idea: the hood, which is completely lined with natural wood. The hood, by the way, is from BMW in the back of E30, which is rightfully considered a classic.
And no, this is not a film, this is a natural American walnut. The creative process, as always, was accompanied by a bunch of difficulties and experiments, but in the end the master still managed to achieve the intended result.
In order to sheathe the hood with wood, you first need to make it. It was decided to make it from fiberglass. Step one: rub the matrix with wax.
Here you also need to know the subtleties. First, the wax must be applied evenly, and then rubbed until all stains are completely gone.
The next step, already on the waxed matrix, is applied a gelcoat (this is something like a primer), thanks to which the front side will turn out to be even and almost immediately ready for painting (in this case, for veneering, but more on that later). 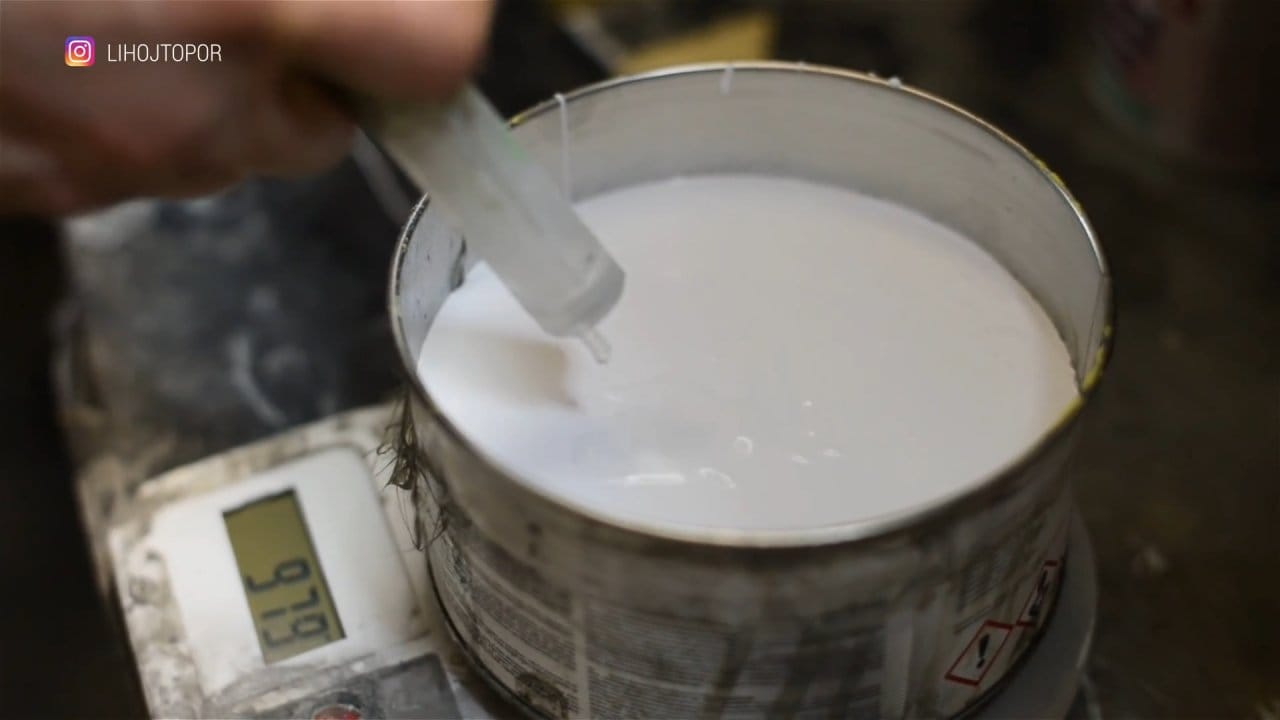