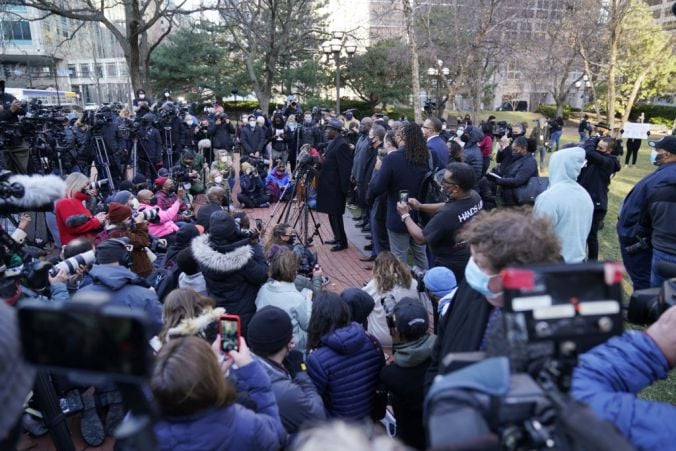 The trial of a former police officer charged over George Floyd’s death in the US city of Minneapolis is under way.

The judge briefed the jurors on their duties ahead of opening statements on Monday in the case that sparked waves of outrage justice across the US and beyond after bystander video showed Derek Chauvin press his knee to Floyd’s neck for about nine minutes.

Legal experts said they expect prosecutors to play the video to the jury early on to remind jurors of what is at the heart of their case.

Floyd family lawyer Ben Crump said outside the courthouse ahead of opening statements that the trial would be a test of “whether America is going to live up to the Declaration of Independence”.

Jury selection took more than two weeks, as jurors were questioned individually about their views on police, racial justice issues and pre-trial publicity in the case.