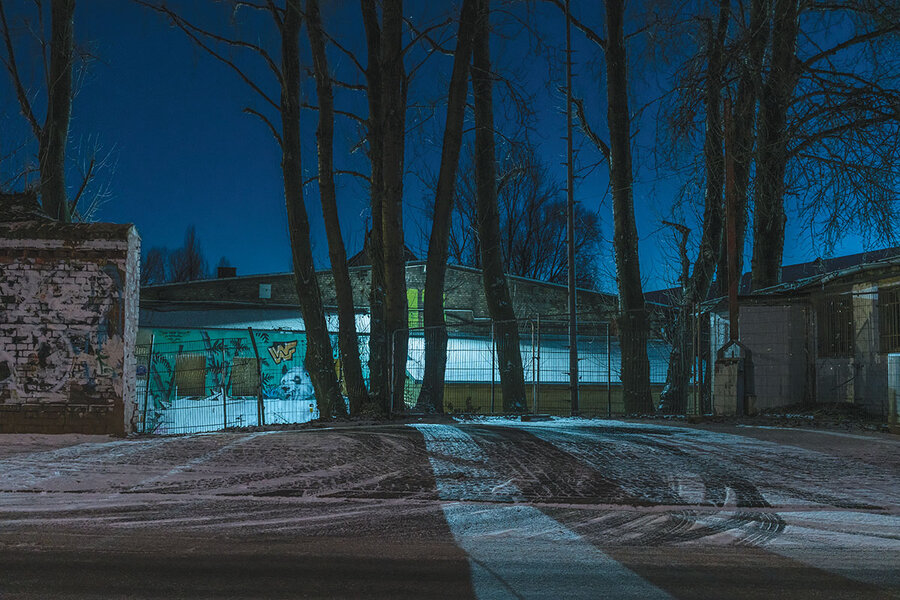 My friend Romeo Alaeff comes from a long line of “outsiders.” His parents, Jews from Europe and Yemen, met in Israel. Romeo was born in New York City, later moved to Texas, and now lives in Berlin, where he is again an Ausländer (“outsider”). The way he sees the world seems to come from a position on the periphery, a perspective that is not so much physical as it is emotional.

As an immigrant myself, I relate to the way he views his surroundings, that sense that I can never really be in the center. The fear that other people know it. Still, looking in from the periphery has some advantages. It gives me a more analytical point of view. In Romeo’s case, “looking in” also creates a sense of emotional displacement. One senses a longing for something, an endless search. At least that is how I feel when I look at his photos.

These images from Berlin, which appear in his new book, “In der Fremde: Pictures From Home,” reflect his quest to understand the place he now calls home. The fact that they are taken at night after people are finished with their daily routines contributes to this sense of dislocation. The mostly empty spaces seem like stages where a performance has already taken place. The few people pictured don’t seem to be in a rush to go anywhere. They loiter. As I wander alongside Romeo through these photos, I get the feeling that whatever event occurred, we were not part of it. We were Ausländer.

Oscar nominees: Adding up the ways the field changed this year