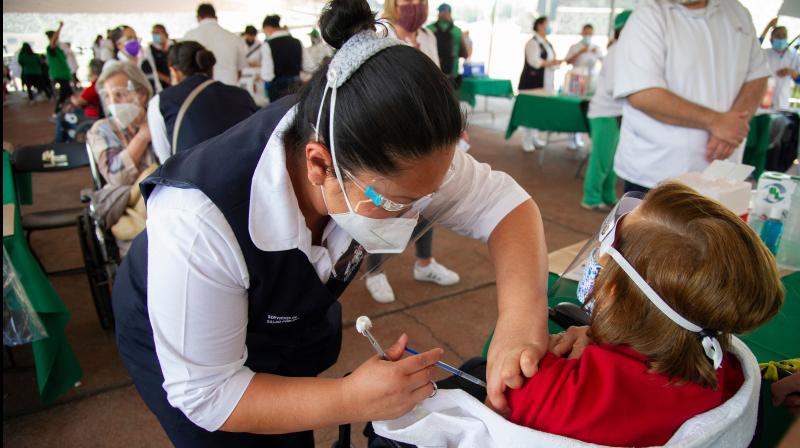 Berlin: Germany will deploy AstraZeneca's coronavirus vaccine for general use only for over-60 year olds, the government said Tuesday, imposing restrictions for younger people taking the jab after several severe clotting cases.

Under-60s can still decide to take the vaccine but only following "consultation with the doctor carrying out the vaccination … and with an individual risk analysis," said ministers of Germany's 16 states as well as the federal health minister in a policy statement.

The World Health Organization and the EU's health watchdog have both deemed the AstraZeneca vaccine safe, but several countries have restricted its use over clotting fears.

"They are findings that (Germany's vaccine commission) and finally us, cannot ignore," she said.

Germany's vaccine commission known as STIKO earlier Tuesday recommended that use of the jabs be halted for under-60s because of "currently available data on the occurrence of rare but very severe thromboembolic side effects" in younger vaccinated people.

It intends to make another recommendation by the end of April on how to proceed with people under 60 who have already received a first dose of the vaccine, it said.

Pending this decision, ministers said people who are due for their second jab can either choose to take it if cleared by their attending doctor, or they can opt to wait for the commission to make its recommendation.

The latest restrictions amounted to a new setback for the vaccine developed by the Anglo-Swedish laboratory.

Nevertheless Health Minister Jens Spahn said Germany would be able to meet its goal of offering every adult a coronavirus jab by the end of the summer.

Just after it received approval from European regulator EMA for use in the bloc, Germany restricted the AstraZeneca jab to under-65s because of insufficient data.

After clearing it for older people subsequently, Germany along with several EU nations suspended its use again in mid-March because of clotting fears.

Just over a week after allowing its use again, German authorities have now again halted its use among younger people.

Merkel insisted however that it is such careful consideration and transparency that can keep the public's confidence in the vaccine.

"Trust stems from the knowledge that every suspicion, every individual case will be examined," she said.

The cities of Berlin and Munich, as well as Brandenburg state had announced earlier that they were suspending the vaccine for younger people.

Almost all cases are reportedly in younger and middle-aged women, prompting several German hospitals to suspend the use of the jab for women under 55 this week.

On Monday, Canada also recommended halting the use of the jab for under-55s "pending further analysis".

The AstraZeneca vaccine has had something of a rollercoaster ride.

Britain, which developed it, staunchly supports its use, South Africa has rejected it outright.

France has limited its use to over-55s, while Spain has done the same for under-65s.

Germany's vaccination campaign has been sluggish, with official figures showing around 11 percent of the population have received a first dose so far.