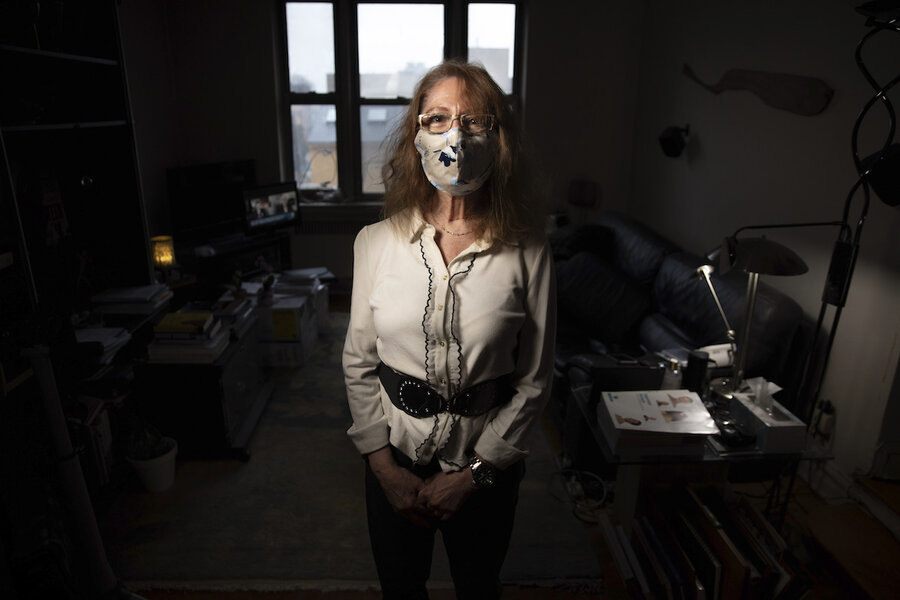 By the end of October, the state had doled out only about $40 million, reaching 15,000 of the nearly 100,000 people looking for help. More than 57,000 applicants were denied because of criteria set by lawmakers that many said was difficult to meet.

New York’s experience played out nationwide, with states failing to spend tens of millions of federal dollars aimed at helping renters avoid eviction. Burdensome requirements, poorly administered programs, and landlords refusing to cooperate meant tens of thousands of tenants never got assistance. Some states also shifted funding away from rental relief, fearing they’d miss a year-end mandate to spend the money – a deadline that got extended.

The problem, housing advocates said, was that the federal government didn’t specifically earmark any of the coronavirus aid for rental relief, leaving states scrambling to set up programs with no guidance on how the money should be allocated. As much as $3.43 billion in federal aid was spent on rental assistance, according to National Low Income Housing Coalition. But advocates said more should have been done, given tenants faced as much as $34 billion in unpaid rent through January, according to a report released by the National Council of State Housing Agencies.

States’ rental relief programs “were a very mixed success. It was sort of a patchwork of programs,” Maryland Democratic Sen. Chris Van Hollen said in February. “There was a lot of experimentation – some successful, some not.”

Several states have since made changes, hoping to be better positioned to handle their portion of more than $45 billion in rental assistance coming from Congress in the coming months.

Last year, Pennsylvania, Louisiana, Mississippi, and Kansas were among the states that struggled to distribute rental assistance. Kansas set aside $35 million but siphoned off $15 million for other uses, realizing only on Dec. 27 that it had more time to spend the money.

Mississippi allocated $18 million for rental relief but committed less than $3 million by December. The state said the U.S. Department of Housing and Urban Development (HUD) determined the grant program it relied on could not help tenants behind on rent, only those at risk of homelessness. A HUD spokesman denied that, saying the money could be used for rental aid.

In New York, difficulties were blamed on lawmakers’ criteria, including that tenants show they were paying over 30% of their income toward rent. Applicants also had to show a loss of income from April to the end of July, when some saw an increase from extended unemployment and other benefits.

“When you have $100 million to help and only 40% is spent, something is wrong. There is no question there are a lot of people in need,” Justin La Mort, a supervising attorney at Mobilization for Justice Inc., a nonprofit legal services provider in New York.

He said the program was too focused on preventing fraud – at the expense of helping people.

Bonney Ginett, whose massage therapy business dried up during the pandemic, applied for help in July and said she was denied in October because she failed to prove loss of income. The New York City resident now owes more than $26,000 in back rent on her one-bedroom apartment and fears eviction.

“It’s a well-meaning program and probably should and ought to be fixed, but it’s hard to say because of how much overload their system experienced and might still be experiencing,” Ms. Ginett said. “The types of relief that could help me are supposedly there. But then you run into a brick wall.”

Lennard Katz, her landlord and a partner at Sussex Realty, said he didn’t understand how Ms. Ginett couldn’t get help.

“We believe it’s a travesty that NY State has been unable or unwilling to get money to the tenants and landlords that desperately need assistance during the Covid crisis,” he said by email.

Charni Sochet, a spokesperson for New York State Homes and Community Renewal, said the affordable housing agency “worked intensely for months to ensure rent-burdened households received the assistance for which they qualified” and that “the rent relief program quickly delivered funding to renters most in need in accordance with the specific requirements established by the Legislature.”

Pennsylvania had similar problems, spending $54 million on rental assistance and $10 million on mortgage assistance, out of nearly $175 million dedicated for the program. Just over one-third of applicants got help.

Facing the Republican-controlled Legislature’s Nov. 30 deadline to spend the money, the state Housing Finance Authority returned the bulk of it. Some of it went to the corrections department.

“There were a lot of sort of roadblocks put up for people to really effectively and easily get into the program, get the assistance and stay in their homes,” said Bryce Maretzki, director of the housing authority’s Office of Strategic Planning & Policy.

Perhaps the biggest problem was a $750 monthly cap. That’s below the median rent in Pennsylvania, making it inadequate in bigger cities with higher housing prices.

Applicants also had to be 30 days behind on rent, which Mr. Maretzki said meant someone might fall behind to qualify, only to “run the risk of losing your house and then not qualifying for the program.”

“There were many tenants who didn’t think the money would come in time, so they moved in with a family or doubled up or found less suitable housing because they didn’t think they could make the next month’s rent,” said Rachel Garland, an attorney at Community Legal Services in Philadelphia.

In Louisiana, $24 million in assistance for renters facing pandemic-related financial problems was announced July 16, with about half coming from federal funding.

Just $2.3 million has been distributed to 956 applicants, said Keith Cunningham of the Louisiana Housing Corporation, the agency administering the effort. The program was so swamped with inquiries, the online system shut down within days. And there was a lengthy application.

“Do you think the person who is reaching out to you has a fax machine or solid enough internet or a printer in their house to handle a 50-page application?” said Andreanecia Morris of the Greater New Orleans Housing Alliance.

“No one in the state has done anything on that scope,” he said. “There was no infrastructure, no system to deliver. … We had to really build it from scratch.”

Yaeko Scott, who lost her housekeeping job during the pandemic and owes $6,000 in rent on her family’s two-bedroom apartment in New Orleans, said she’s repeatedly tried to get help.

“I’m aggravated,” she said. “Nothing is being done. Everyone is calling asking about the rent. I’m not getting anything. It’s really, really rough right now.”

Some states have made changes with new federal aid coming.

In Louisiana, roughly 7,000 applicants who were initially considered will get priority for $161 million, Mr. Cunningham said.

Pennsylvania fixed its $750 rental cap by reinterpreting the law and said a different agency would handle the new funding.

New York expanded the program’s eligibility and will reconsider applicants who were initially denied.