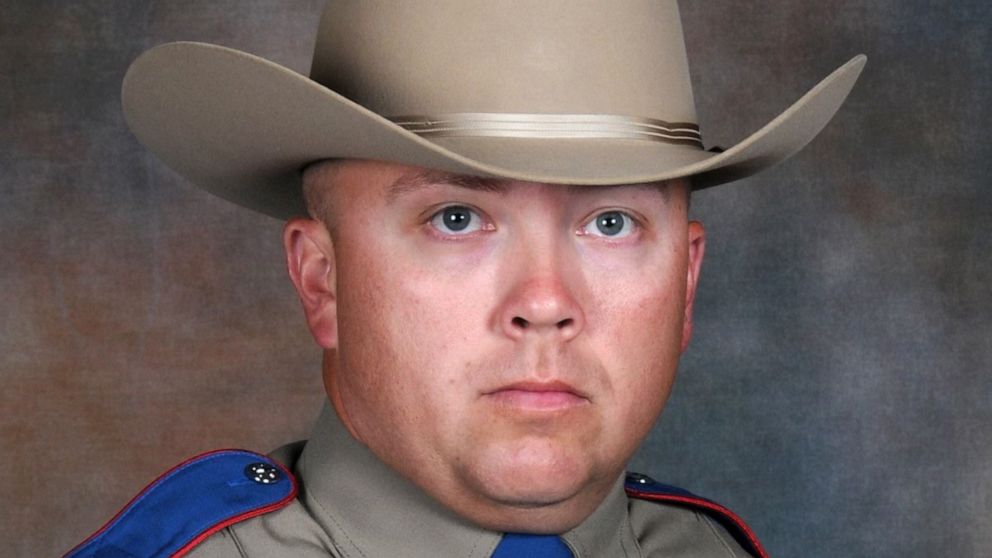 A Texas state trooper and married father of children, who remains hospitalized after being shot while in the line of duty, “no longer displays signs of valuable brain activity,” authorities said.

“After extensive life-saving efforts conducted by the Baylor Scott and White medical professionals, it has been determined that Trooper Chad Walker no longer displays signs of viable brain activity and he remains on life-support until he can share the gift of life as an organ donor,” the Texas Department of Public Safety said in a statement Monday. “This final sacrifice embodies Trooper Walker’s actions throughout his life and service as a Texas Highway Patrol Trooper. The Walker family is grateful for the continued support and prayers as they remain at Chad’s side.”

Texas Highway Patrol Trooper Chad Walker was ambushed on Friday evening while responding to what he apparently thought was a disabled vehicle parked on the side of a rural road just outside of Mexia, a small town about 40 miles northeast of Waco. Walker, who was alone, pulled up behind the vehicle and was shot in the head and abdomen before he could get out of his patrol car, according to a statement from Todd Snyder, regional director of the Texas Department of Public Safety.

Snyder alleged the suspected gunman, identified as 36-year-old Dearthur Pinson of Palestine, Texas, allegedly saw the patrol car and “immediately emerged from the driver’s seat of the disabled vehicle armed with a handgun and fired multiple rounds at Trooper Walker through the patrol unit’s windshield.” Pinson then allegedly walked back to his vehicle, retrieved a backpack and fled the scene on foot, Snyder said.

Walker, who has been a member of the Texas Department of Public Safety since 2015, was transported to a Waco hospital in critical condition. Counselors and a Texas Rangers chaplain have been with Walker’s wife and their 15-year-old son, 7-year-old twin daughters and 2-month-old baby girl, according to Snyder.

Since the shooting, more than $135,000 has been donated to Walker’s family via an online crowdfunding campaign to assist with the family’s medical expenses.

On Saturday night, Pinson was found dead from an apparent self-inflicted gunshot wound in a house in Mexia, where he had barricaded himself during a standoff with authorities, according to a statement from the Texas Department of Public Safety.

The Texas Rangers are leading the investigation into the incident.

According to criminal records, Pinson had a history of run-ins with the law. In November 2007, he was sentenced to a maximum of 10 years in prison for armed robbery in Texas’ Houston County.

Increased use of vaccine passports could lead to scams, experts warn