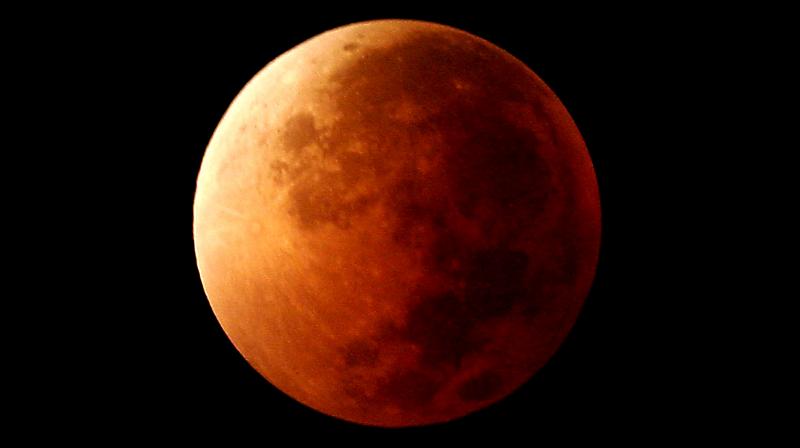 Hyderabad: Tuesday night held a special place for astronomy enthusiasts, as the moon shined brighter than usual and appeared to be closer to the Earth than it usually was.

The sight of the moon was such that people began flooding their social media accounts with connected pictures.

While the people were in awe of the moon, amateur astronomers chanced upon the opportunity to have a look at the earth’s natural satellite.

“The moon had reached perigee, which is the nearest point to the earth in its orbit. This means that the moon will appear slightly larger and brighter in the sky. It was so close that one could use a pair of binoculars or normal telescope to view the lunar surface,” said Raghunandan, of the Planetary Society of India.

Saying that the size or distance between the earth and moon had not changed at all, Dr BG Sidharth of the Birla Science Center told Deccan Chronicle: “What was witnessed is called the moon-illusion. Like, how the sun appears to be larger at the horizon, the moon appeared to be larger to the viewer. The mind makes it so.”

While several names are given to such moons, like the Blood-moon or the supermoon, he said that there was no particular name for this phenomenon.

In a statement, even the National Aeronautics and Space Administration (NASA) stated: ‘‘Supermoons have become popular over the last few decades. Depending upon how you interpret this definition, in a typical year, there can be two to four full super moons in a row."