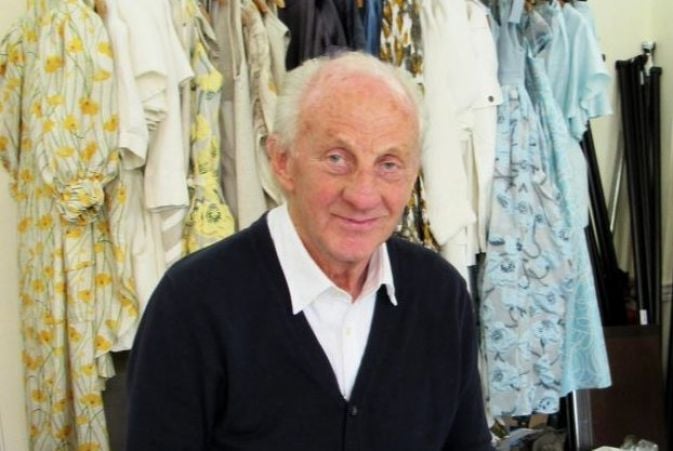 This year’s Incognito 2021, in aid of the Jack & Jill Children’s Foundation, also includes a host of names from the Irish art scene.

The event keeps the identity of the artists behind the 3,000 postcard-size works secret until the sale closes.

Can you spot the postcard from @U2's The Edge in this year's @JackandJillCF #Incognito21 art collection? Check out https://t.co/QahLlvxAtC for more info. pic.twitter.com/glpu7iy4A1

Each original artwork costs €60, but the identity of the creator will remain a mystery until the piece is delivered.

The 2021 collection features the work of artists, illustrators and designers from not only Ireland, but 13 other countries around the world, from the USA to Sweden, South Africa to Australia.

Tracy Carroll, from Kells, Co Meath, has a four-year-old daughter, Willow, who has been receiving support from the Jack & Jill nursing team since birth.

Willow has cerebral palsy, epilepsy and other health concerns.

“Willow suffered a brain injury and we were thrown into an abyss where you have no idea what you’re doing,” said Ms Carroll.

“Willow was sent home with palliative care and it was thought that she wouldn’t survive.

Jack & Jill give you time to just do normal stuff, like having a shower or going shopping, and also to be with our eldest, Noah

“At the time you’re just trying to get your head around what happened, let alone what you now have to deal with.

“We met Catherine Fullerton, who is Willow’s Jack & Jill nurse, and she’s been with us since Willow was three weeks old. She’s like her second mum.

“Jack & Jill give you time to just do normal stuff, like having a shower or going shopping, and also to be with our eldest, Noah.

“That was probably one of the hardest impacts. You’re not the mum that he had before and he really needed that extra support.”

Carmel Doyle, chief executive of the Jack & Jill Children’s Foundation, said: “From a postcard from The Edge, to a postcard from Robert Ballagh, and the many other postcards in between, I’d like to pay tribute to the 1,200 artists who have given so generously of their time and talent to take part in this year’s Incognito during what has been an extremely difficult time for the arts world.

“My hope is that, in offering their beautiful art as a currency for care, we can also help shine a spotlight on their work and introduce new audiences to their genius.

“Each year, Jack &; Jill has to raise over four4 million euro to continue doing what we do, supporting families to look after their sick children at home, where they belong.

“Less than 20% of our funding comes from Government, and, with Covid-19 continuing to restrict the public-facing fundraising that we would normally do, we are relying hugely on the generosity and support of the public for Incognito 2021.

“Each piece bought from Jack & Jill means four hours of specialist home nursing care for one of our 374 children.”

The Incognito art collection is live at incognito.ie, with the online art sale taking place on Thursday, April 22nd at 10am.

Sharp increase in destruction of virgin forest in 2020

4 easy exercises you can do while the kettle is boiling