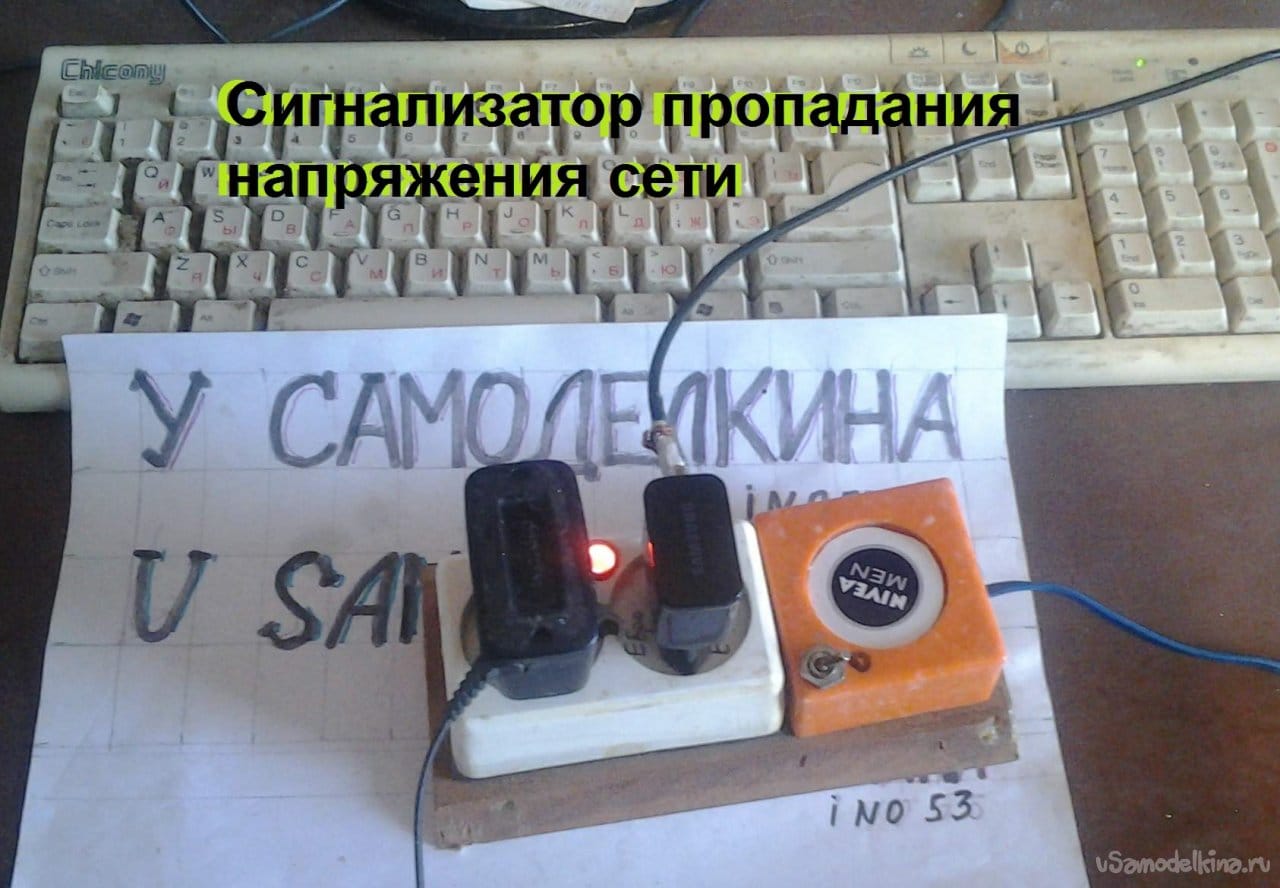 This signaling device was made to order as an attachment to an extension cord, which includes portable devices to charge them accumulators (accumulator). In the absence of voltage in the network (or erroneous disconnection from the outlet), it emits a short nasty squeak every few seconds. There were no problems with the development of the scheme, something like that had to be done. 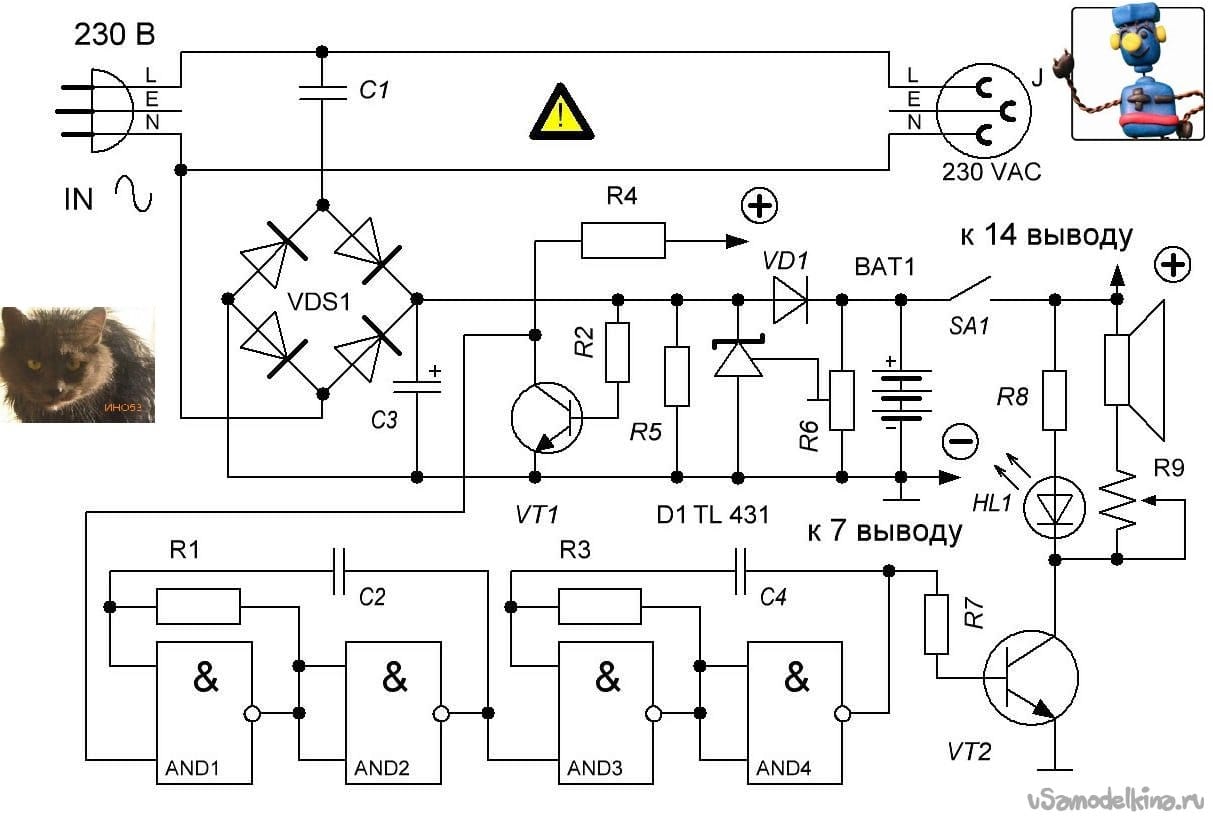 List of elements (I cite from memory, deviations are possible).
Microcircuits – K561LA7;
-D1 – TL431.
Transistors – VT1 KT3102B;
– VT2 2T630E.
Bridge KTs407. < br> Battery – from a mobile phone, mongrel, without a controller.
Through the capacitor C1 and the bridge, when the network is connected, the battery BAT1 is constantly charged, while the TL431 microcircuit in the role of an adjustable zener diode limits the voltage at the level of 4.0 … 4.1 V. The charging current is determined by the capacitor C1 and does not exceed several milliamps, which at constant not limited in time is enough. The actual generator of an intermittent sound signal is assembled on a K561LA7 microcircuit, the output is amplified by a 2T630E transistor, and a resistor R9 is used to limit the volume. In the presence of voltage in the network, the transistor VT1 is opened by the mains voltage through the resistor R2, the logical “0” on its collector blocks the operation of the microcircuit. When the mains voltage is lost, the transistor VT1 is locked, the logical “1” on its collector allows the operation of the sound generator, an intermittent squeak is heard. When you get bored, you can turn it off using SA1.
How it was made. We select the elements and accessories, for the case we use the socket case, which goes well with the extension cord, and it has ready-made holes for the passage of sound.

corpus.
Changes have been made to the original layout. This fragment of the circuit, due to the differentiating chain, provides a high duty cycle of the output signal (short and relatively rare squeak).
The next photo shows a test to increase the output power by using a bridge circuit. Too loud and cumbersome. 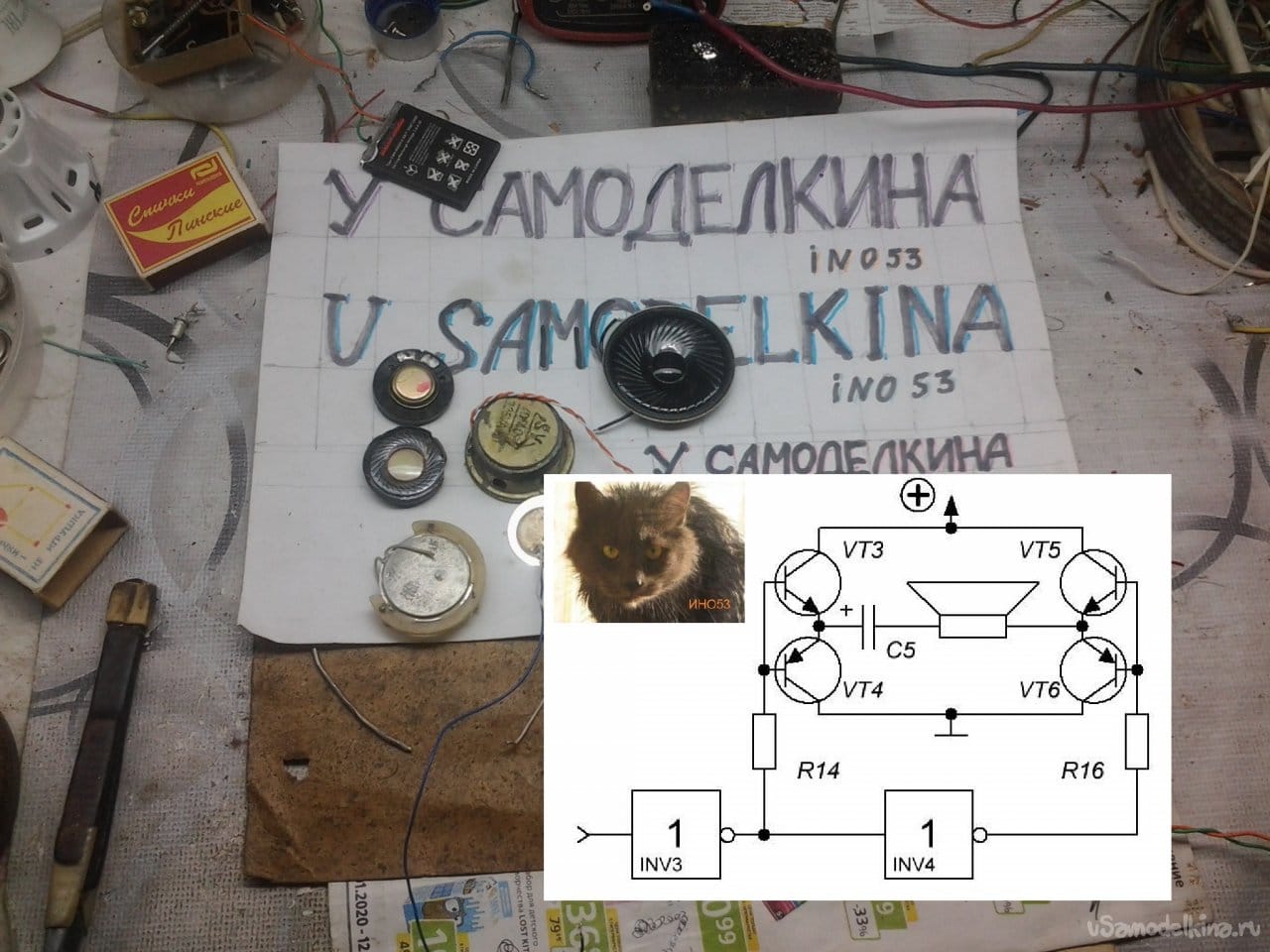 But this is a simplification of the circuit due to the use of a piezoelectric emitter. Sounds good, but don't change it … 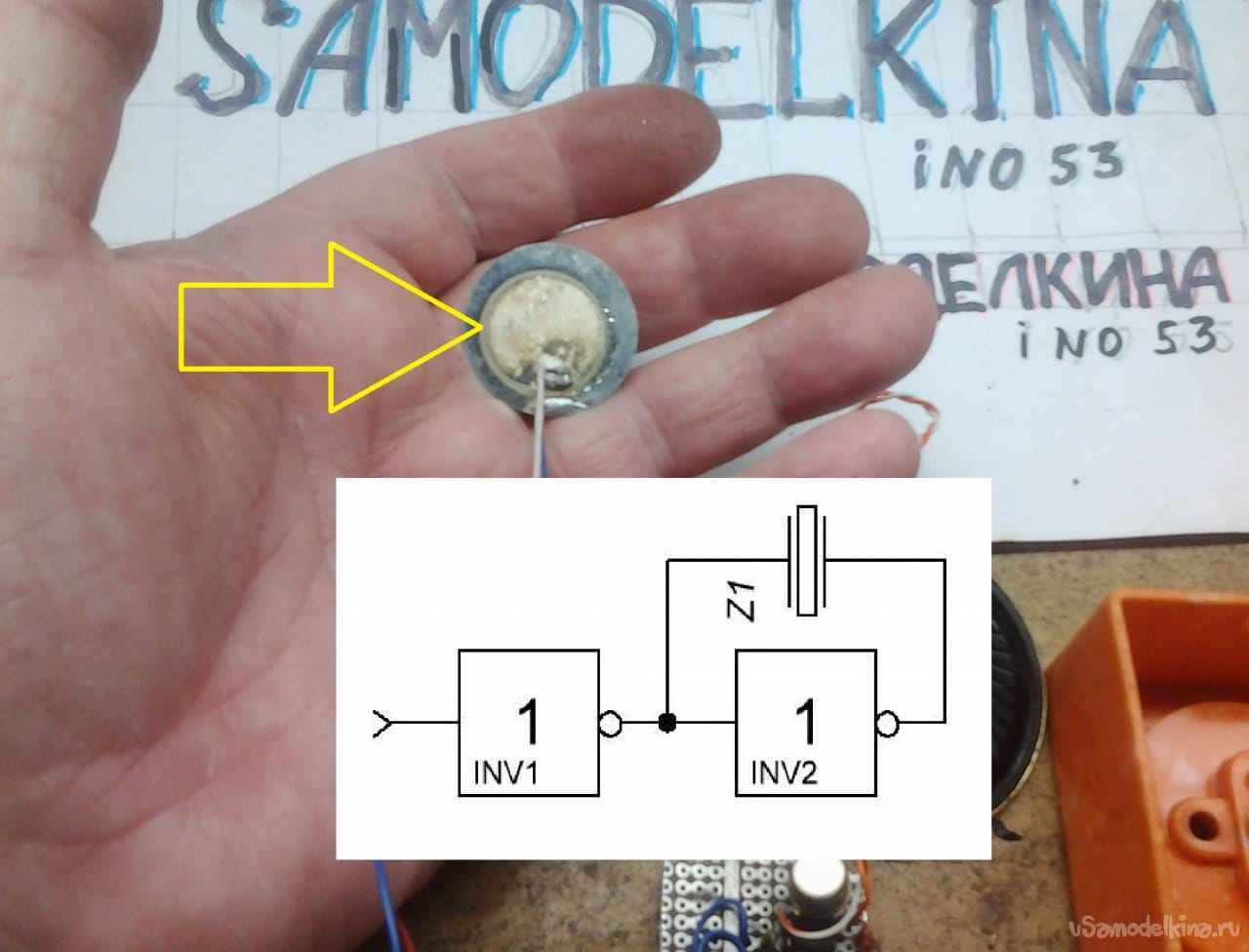 And additional counter – a blinking indicator of the presence of mains voltage, a short flash every 2 … 3 seconds. Neonka – MTX-90.
An extension cord was shown here already at its workplace. And here are a couple more photos. The top of the signaling device, where the holes for the fork are, was subsequently sealed. 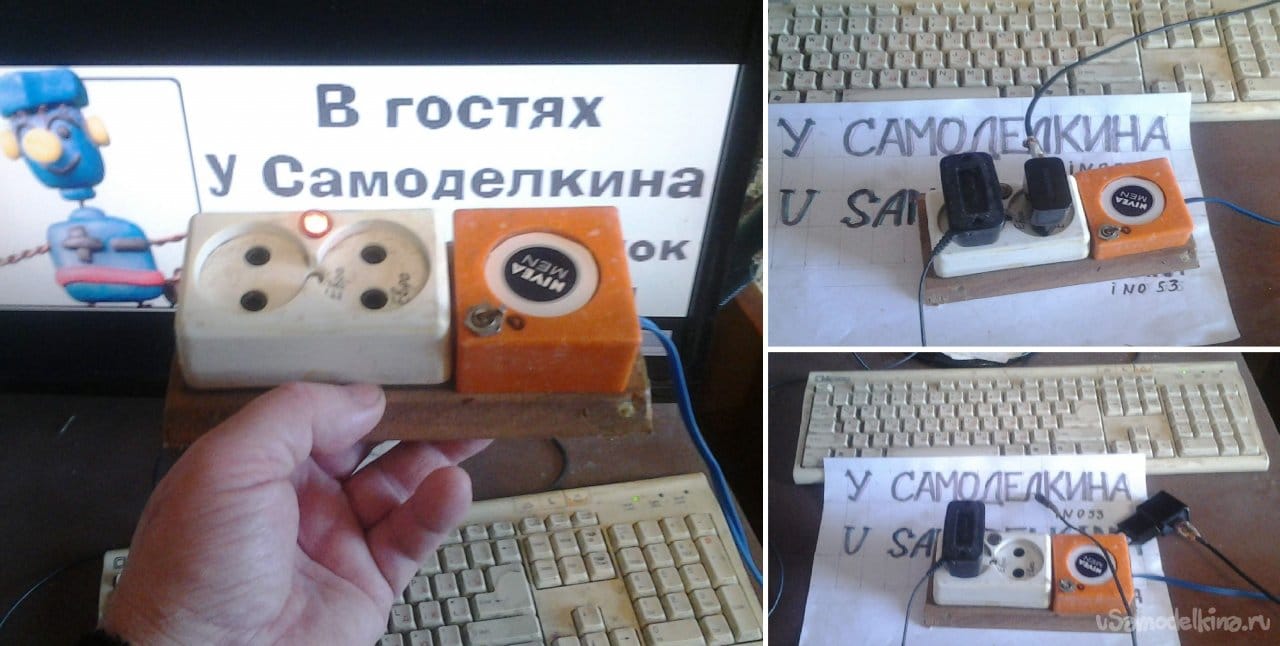 FM receiver from speakers of the early 2000s