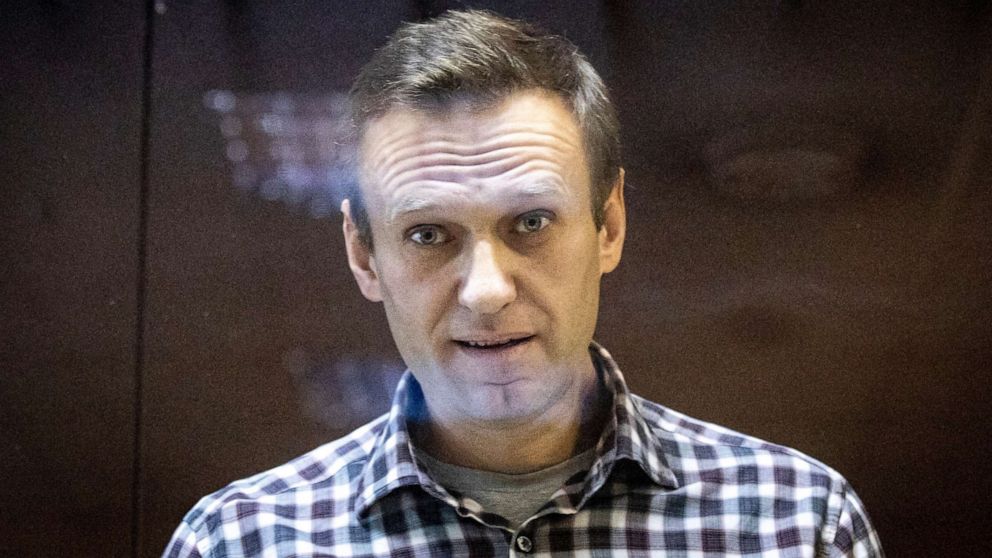 The Russian opposition leader Alexey Navalny has declared a hunger strike in prison to protest what he says is authorities’ refusal to grant him access to proper medical treatment for severe back pain.

Navalny, known as President Vladimir Putin’s fiercest critic, was sentenced in February to over two-and-a-half years in a prison camp. He said he is suffering from acute back pain caused by a suspected pinched nerve, which is making it hard for him to walk or stand up.

Last week, he filed formal complaints accusing prison authorities of refusing his requests to be examined by an independent doctor and of “torturing” him through sleep deprivation.

In a post published on his official Instagram account on Wednesday, Navalny, 41, said he was now going on a hunger strike until his doctor was allowed to see him.

“I have the right to invite a doctor and receive medicine. But in place of medical help I’ve got torture with sleep deprivation,” Navalny said in the post. “And so what to do? I have declared a hunger strike with the demand to fulfill the law and allow an invited doctor to me.”

Navalny has been in the prison, Correctional Colony No.2, in the Vladimirskaya region about 60 miles east of Moscow since mid-March. He was imprisoned after he returned to Russia in January for the first time since he survived a near fatal poisoning with a nerve agent last summer.

The prison where he is being held is notorious for its strictness and for the intense control imposed on inmates’ daily routines, according to former prisoners there.

In recent posts, Navalny said he has already repeatedly received reprimands for minor infractions that have included getting up from his bed 10 minutes too early and for wearing a T-shirt to meet with his lawyers. Navalny has said he is on an “escape watchlist” which means he is woken up nearly every hour at night by a guard.

In a post earlier this week, Navalny said he was now at risk of being sent to solitary confinement since he already had several reprimands against him.

“Why do prisoners declare hunger strike?” Navalny wrote in Wednesday’s post. “From outside it all seems complicated. But from inside everything is simple: there aren’t other methods of struggling, and so you declare it. Ha-ha-ha.”

He has said the prison has ignored his many requests for treatment as required by Russian law and that a prison doctor that examined him never gave him a diagnosis. The treatment he has received is two ibuprofen pills a day, he said.

“Parts of my right and now also my left leg have lost feeling. A jokes a joke, but this is already pushing it,” Navalny wrote.

Russia’s prison service said Navalny was given a medical examination last week and his health was found to be “satisfactory, stable.”

Navalny spent months recovering in Germany after his poisoning with a nerve agent left him in a coma. He has appeared to recuperate well but his doctors have warned that his exposure to the Novichok nerve agent could leave lasting health problems.

The Kremlin has said it is not following Navalny’s situation in prison. On Wednesday, Kremlin spokesperson Dmitry Peskov again said it was not receiving any regular reports on him.

French President Emmanuel Macron and Germany’s Angela Merkel raised Navalny’s health issues with Putin in a phone call on Tuesday. The two emphasized the need for Navalny’s rights to be respected and his health to be preserved, according to a statement from Macron’s office.

He covered the Covid crisis in Italy. Then the disease became personal.