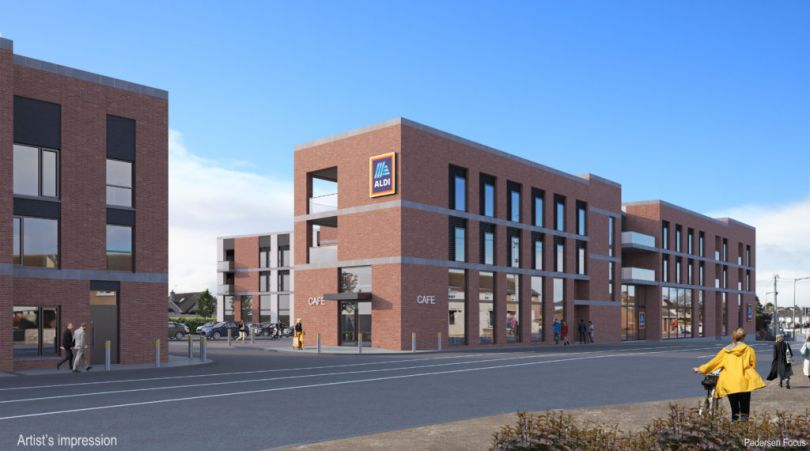 A mock-up of the proposed store on Skehard Road in Blackrock.

Aldi Ireland have announced they will be adding up to 30 new permanent roles in Blackrock, Cork City following the announcement of plans for second development in the area.

The new store on the Skehard Road will also create 50 additional jobs during the construction of the new premises, according to the retailer.

A planning application for the 1,336sqm site is due to be submitted to Cork City Council shortly, and if approved, the store is expected to be complete in 2024.

Aldi Ireland said the store will be environmentally friendly, constructed in the retailer’s ‘Project Fresh’ design. The building will be powered by 100 per cent green electricity and will include solar panels on the roof and two electric vehicle charging points in the car park.

The premises will also form part of a mixed-use development, which will feature 28 residential units and a cafe, due to be developed by Lyonshall Ltd.