Today I want to tell you about a home-made electronic watch on a vacuum-luminescent indicator from NEC. 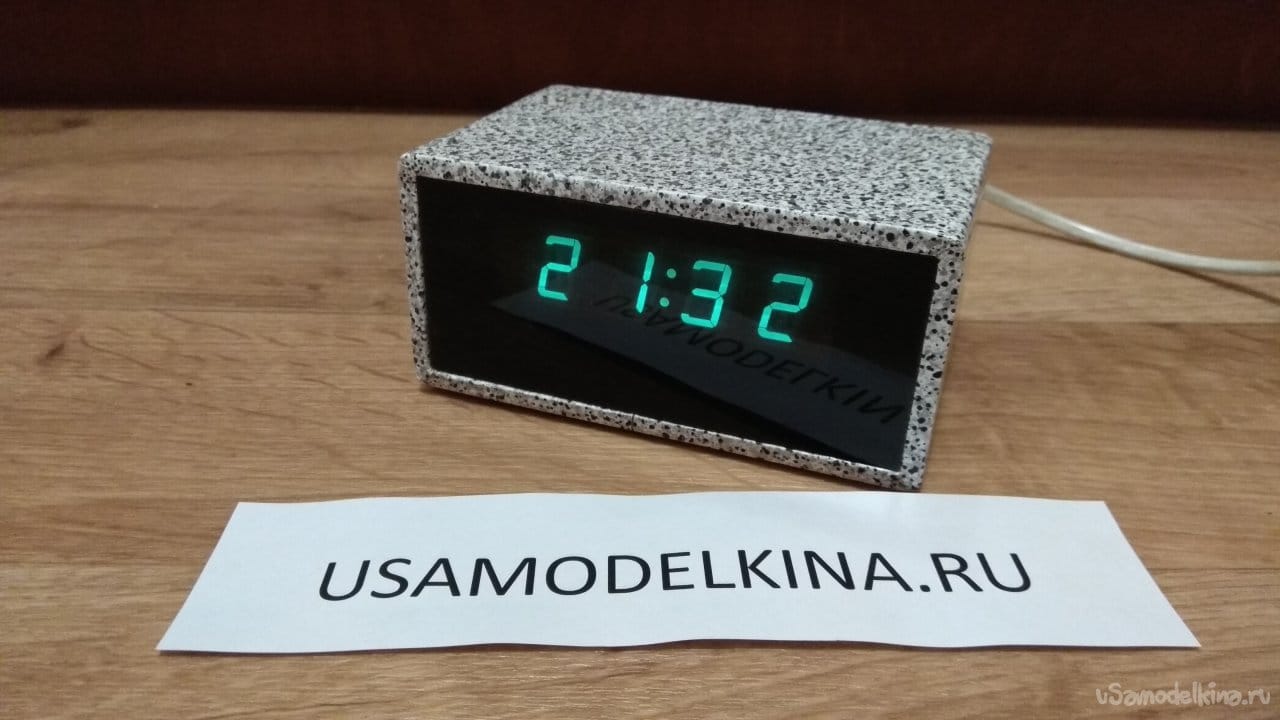 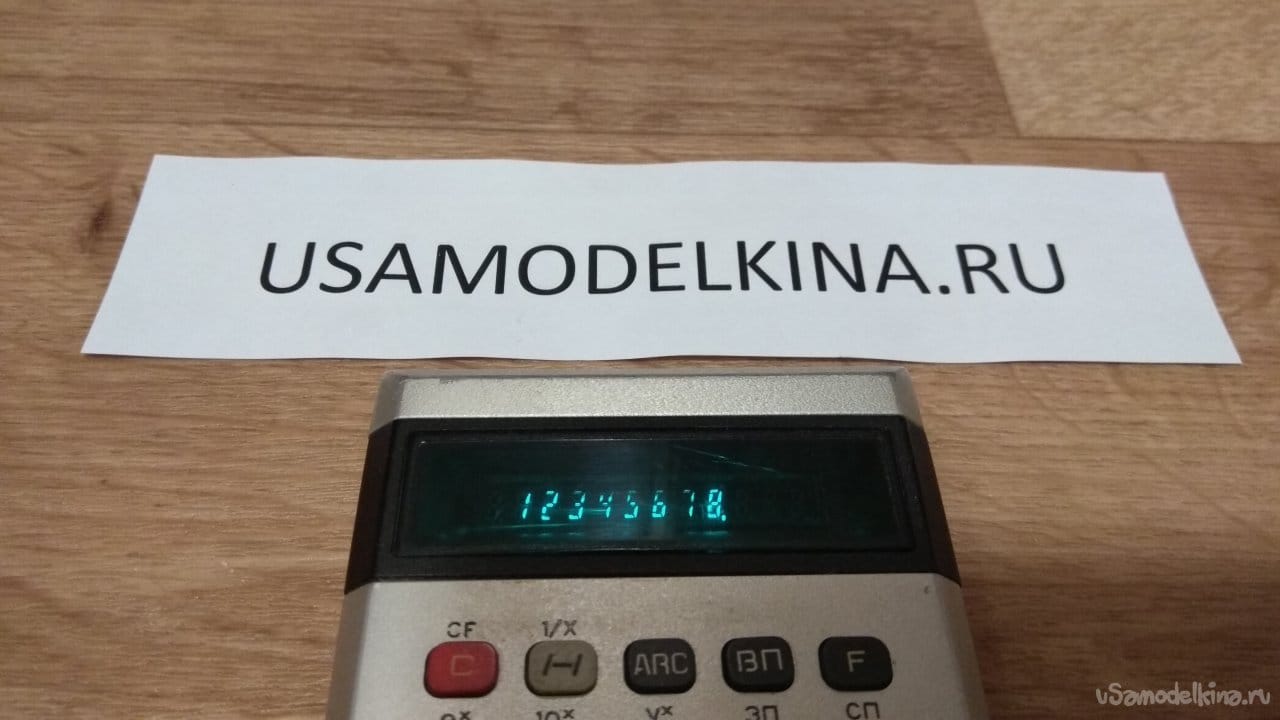 Of course, the batteries in it are out of order for a long time, the calculator works directly from the power supply, but this year it turns 35 and it works. At one time I even removed the wires from the “=” key from it, used it as a counter when winding transformers.
The first watches with a vacuum luminescent indicator appeared in our family at the beginning of the eighties of the last century. I remember how I didn’t fall asleep at night for a long time as a child and watched the clock glow with a pleasant green light. There were some problems with the quality of the electronics of this copy. The clock went astray, the indication shifted, the clock hung. They were handed over for repair several times until they were found unsuitable for repair. I don’t know what could not have been repaired there. The watch was safely changed in the store for a newer model, albeit with a surcharge.
< img class = "aligncenter" alt = "Homemade electronic watch" src = "https://usamodelkina.ru/uploads/posts/2021-04/1617225144_img_20210331_221821.jpg"/> 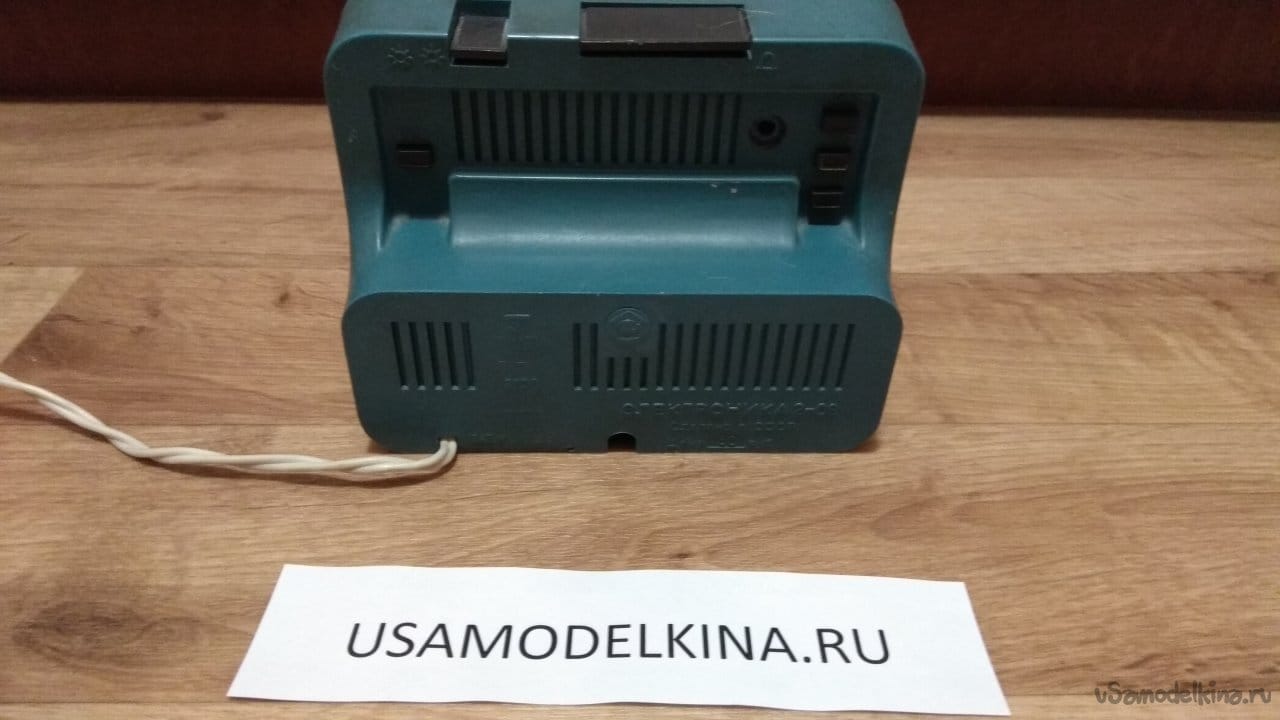 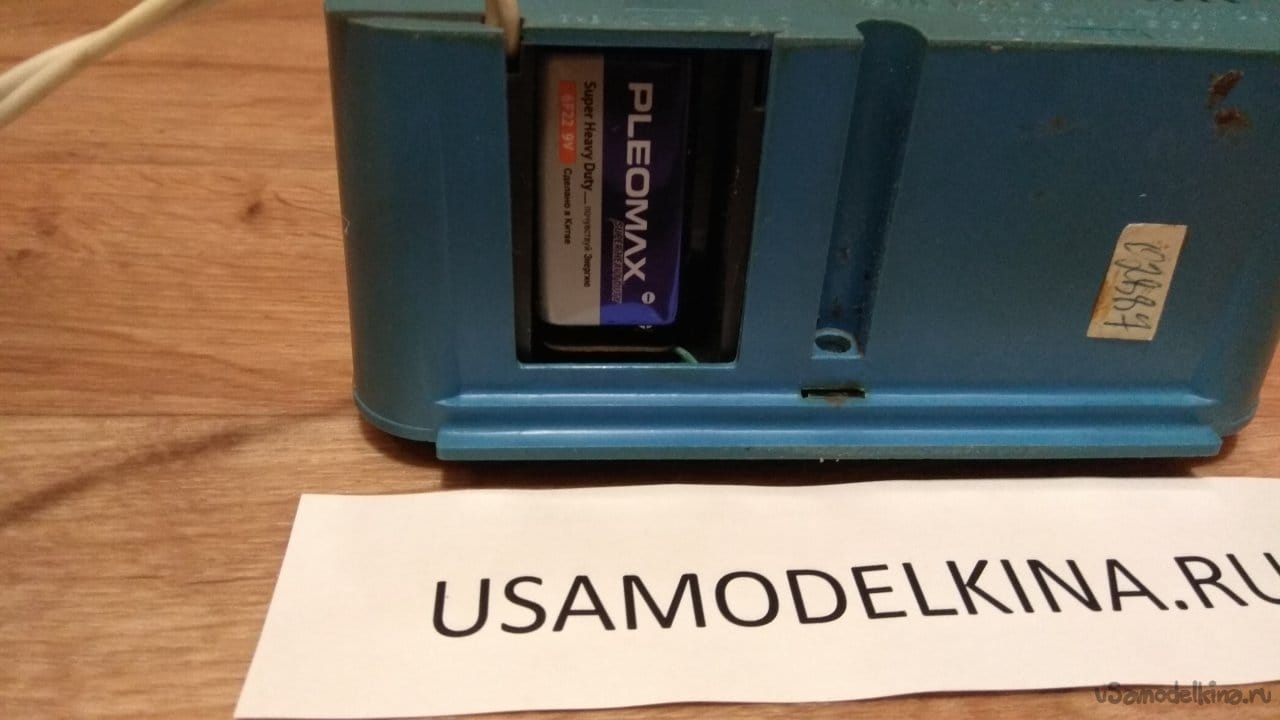 They cost much more, as- no new model.
The first watch was in a beautiful wooden case, and the second in a newfangled plastic one. At that time, plastic cases were in full swing replacing wooden ones.
This watch is still alive, although the indicator is already quite dim. Well, the watches are over 35 years old, they are older than the calculator. 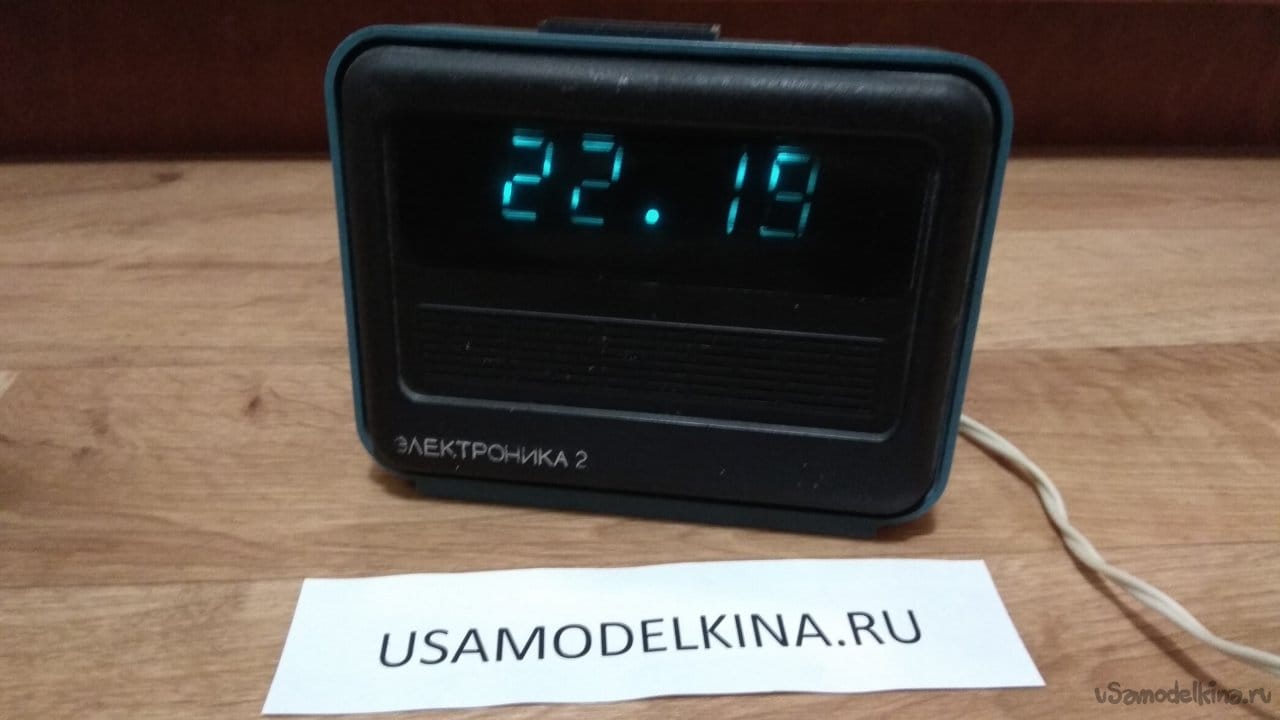 In the late nineties, I came across two imported vacuum-luminescent indicators from slot machines. One of them happened to be a sentry with dots in the middle. I wanted to make a digital clock with this beautiful indicator. 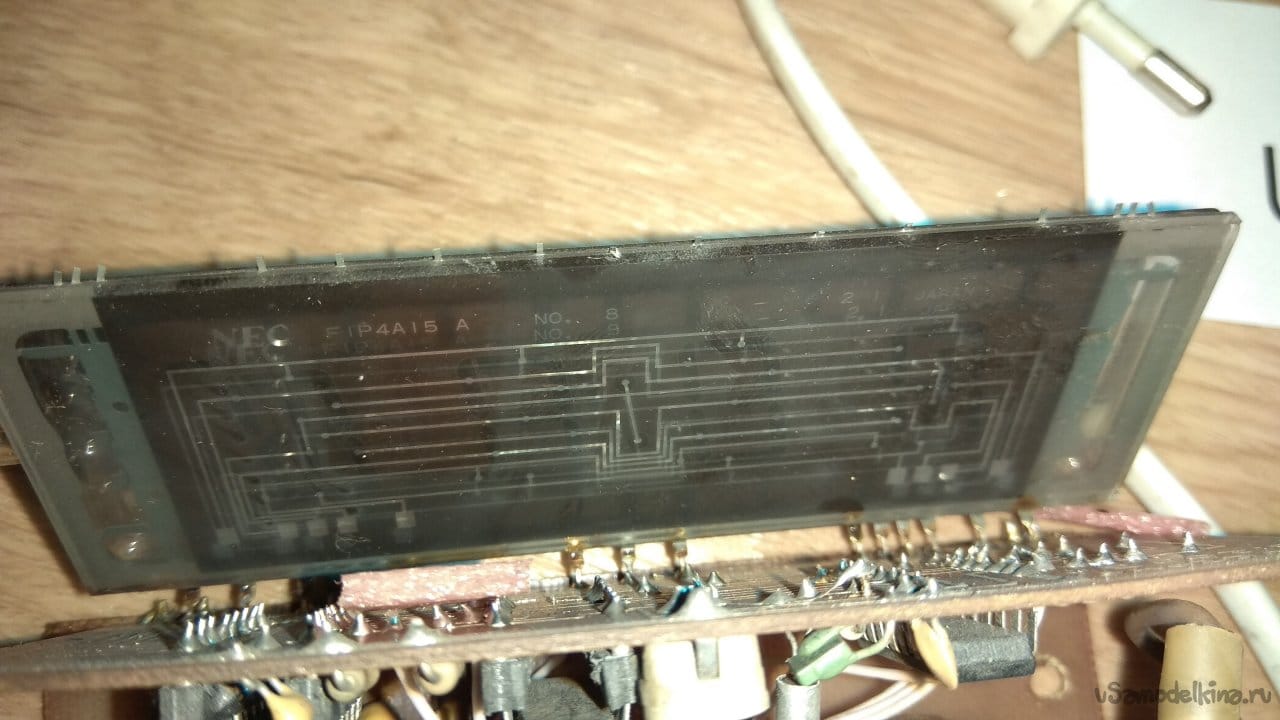 I took one of the typical schemes for the 176 series from the “Electronics 6” watch as a basis. 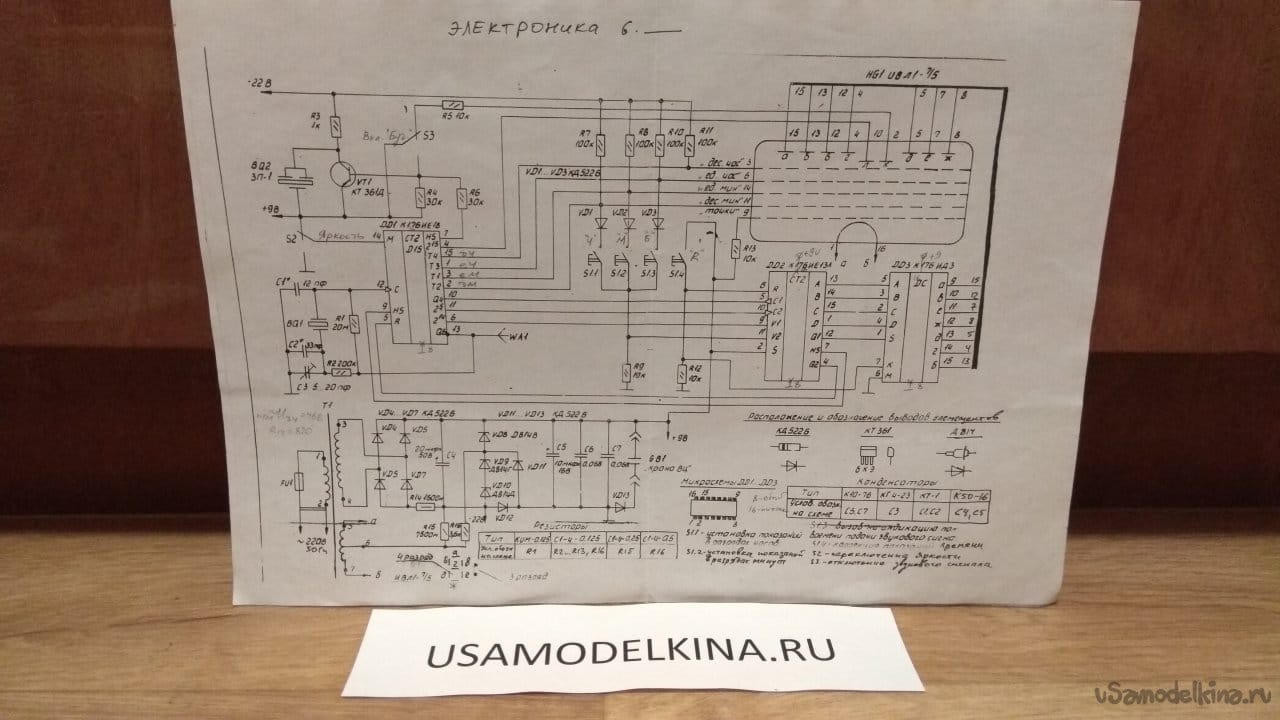 For power, I used a transformer from a decommissioned calculator with vacuum indicators. He just had all the necessary voltages, because the vacuum indicator needs heat to work. Under the cambric is a fuse soldered directly to the transformer. 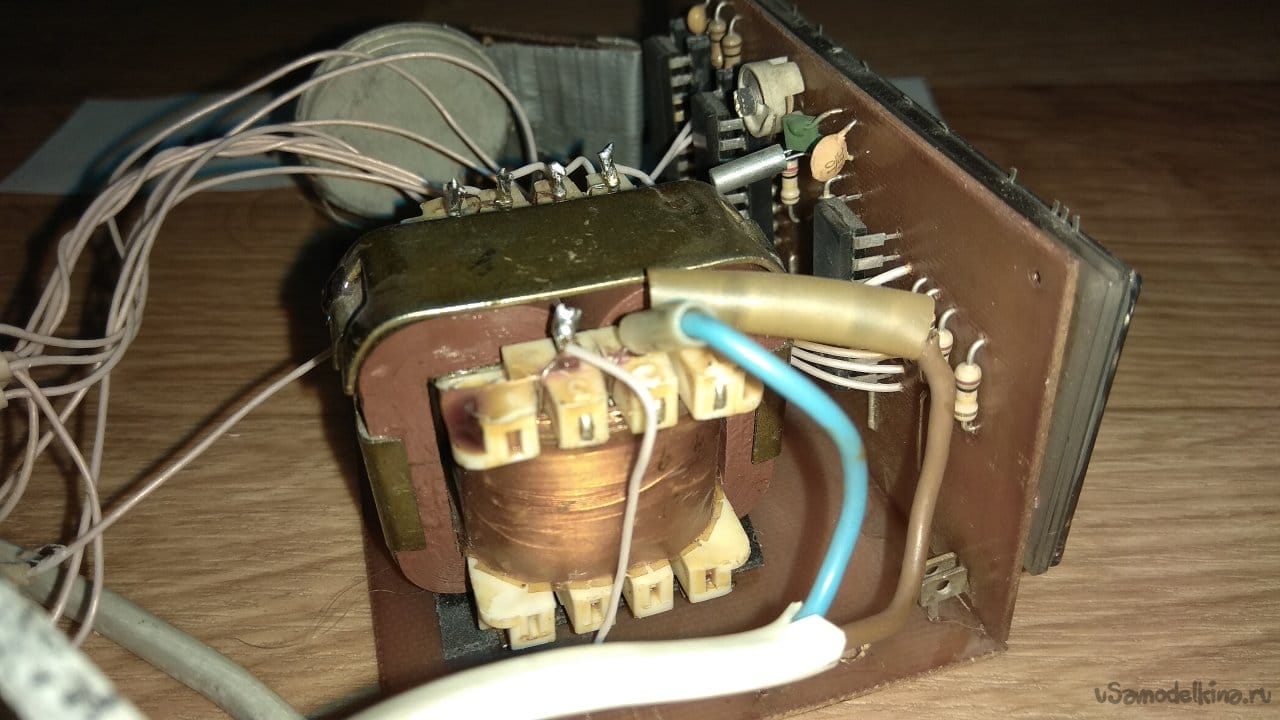 I drew and etched the board. Then they usually drew on graph paper, but I liked it better on simple sheets of paper. 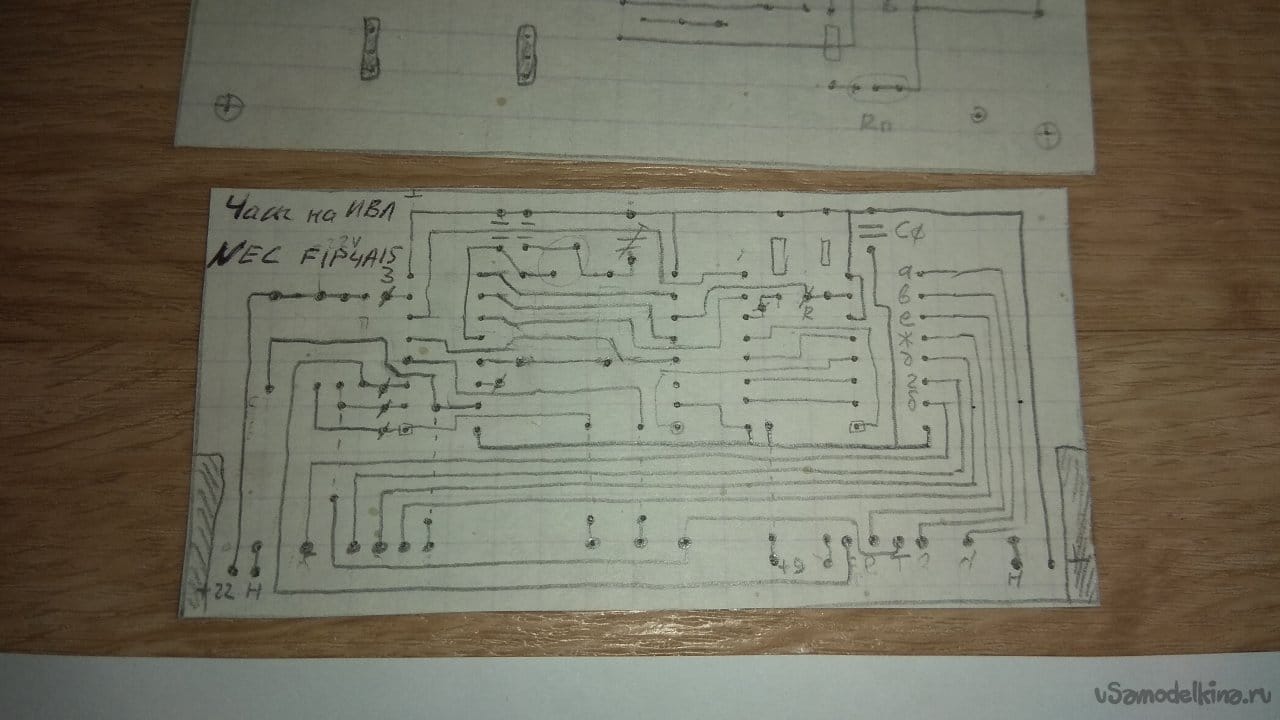 Collected the watch, everything worked from the first times. 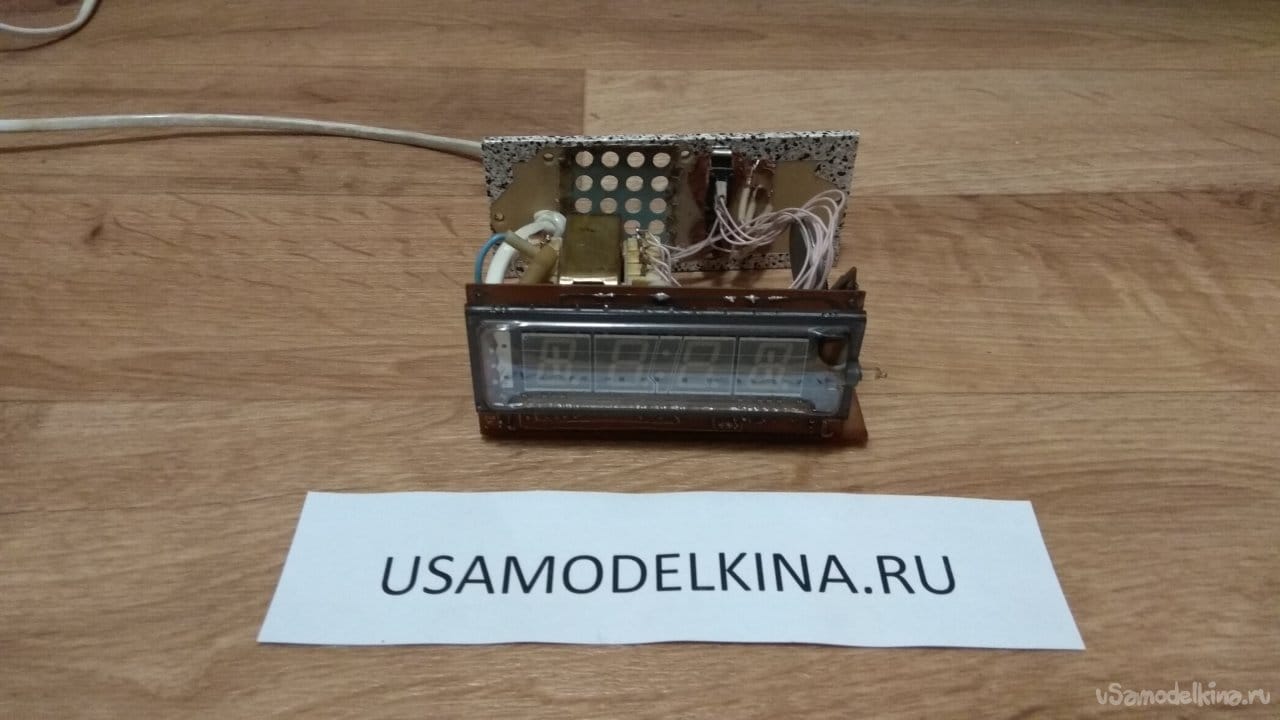 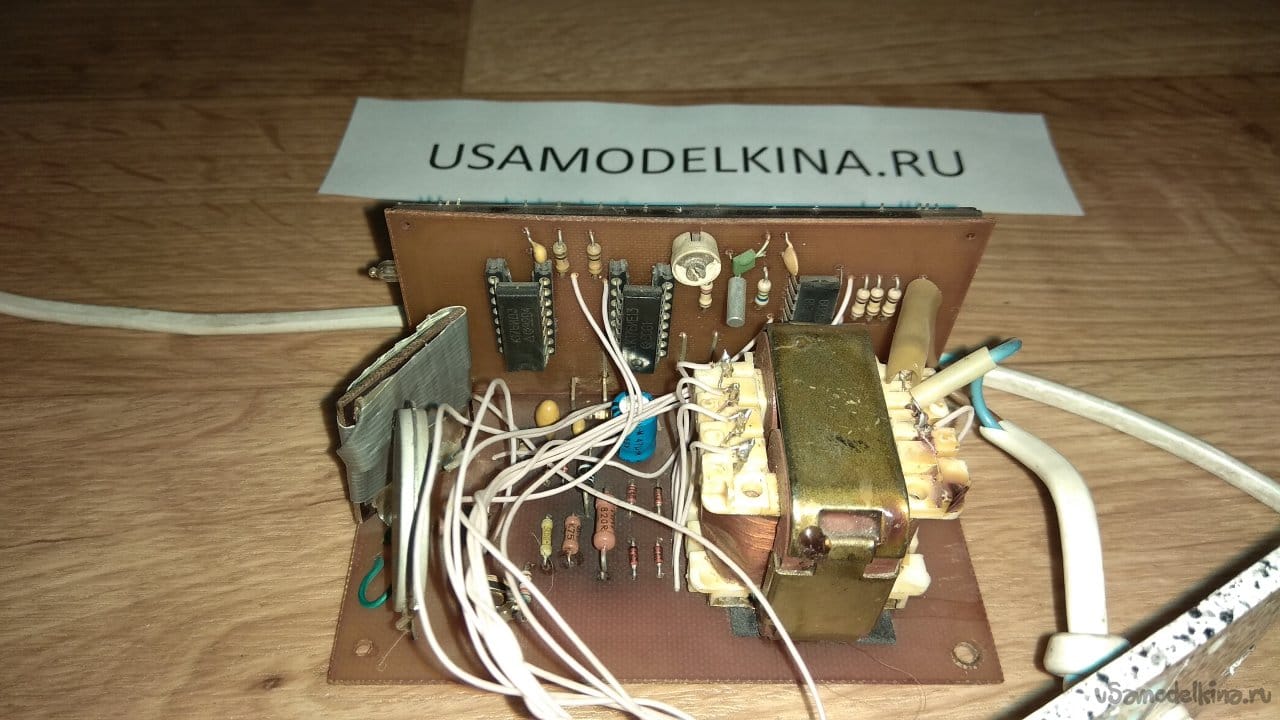 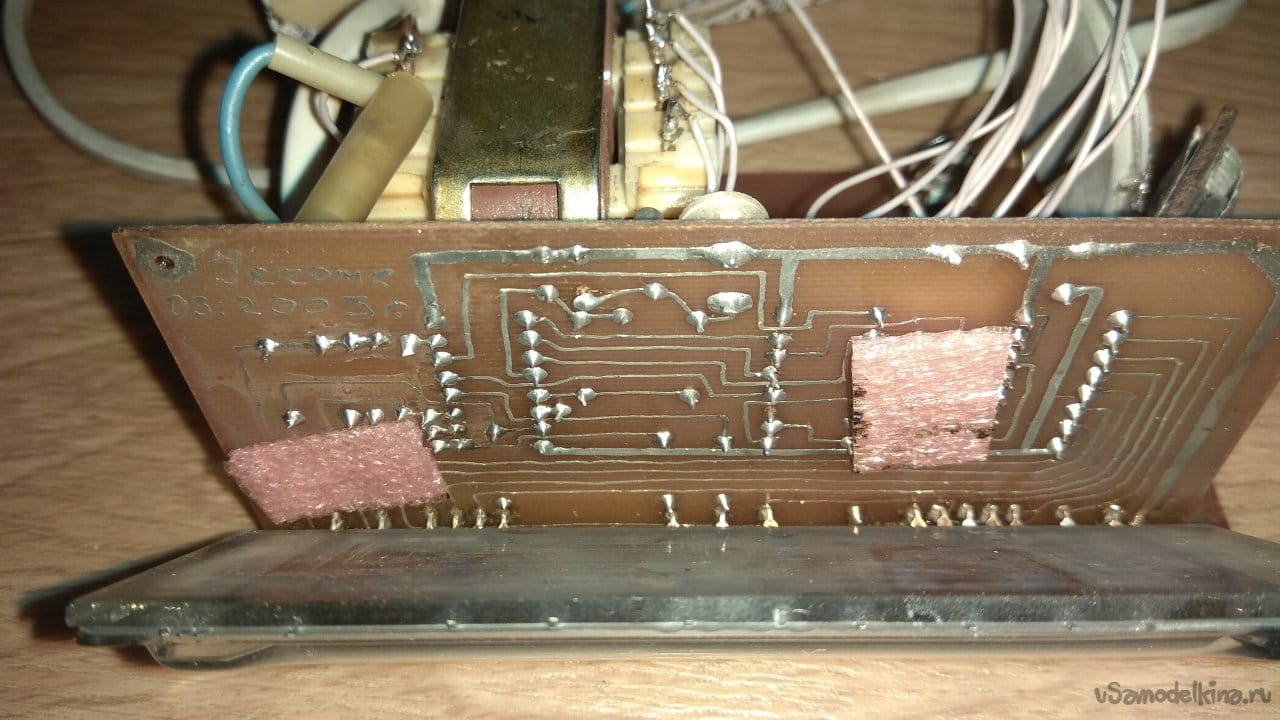 The case was made of plastic according to the size of the board and covered with self-adhesive tape left after modding the system unit.
The first feet were made of rubber corks, but they cracked and were replaced with silicone self-adhesive feet from Aliexpress. 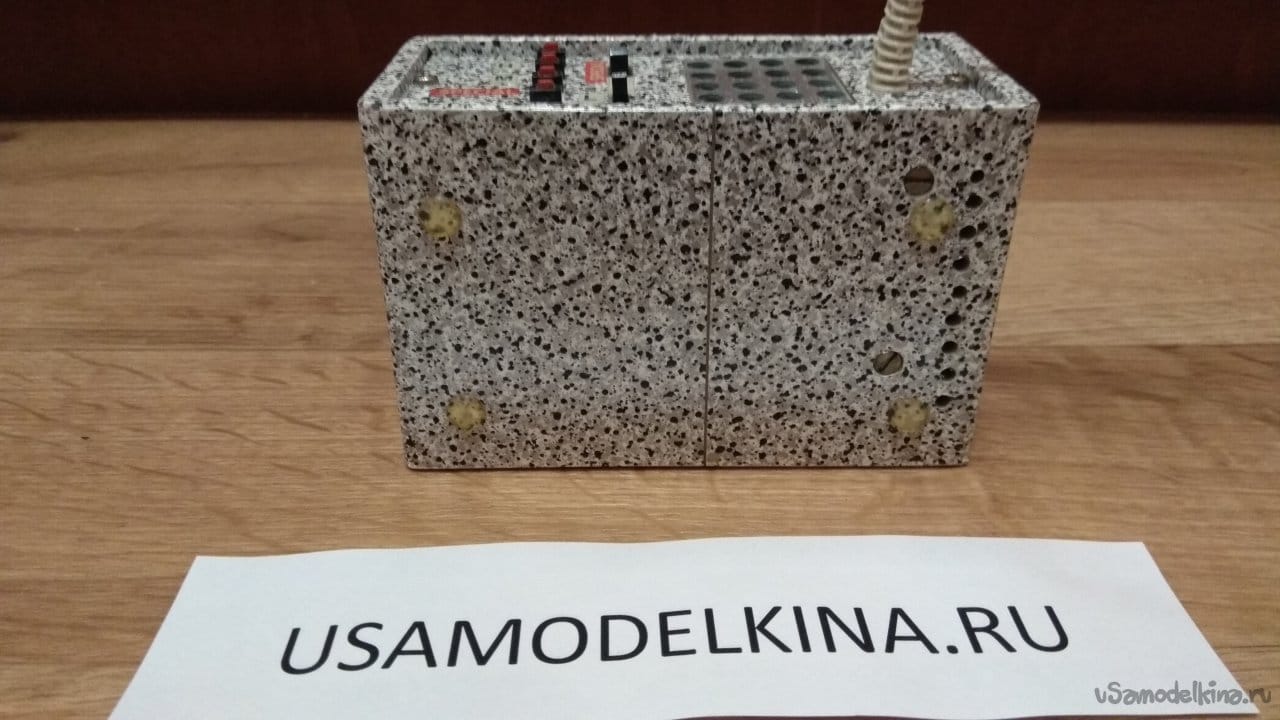 Front tinted glass from a decommissioned heart monitor rhythm. The size of the window just matched the size of the luminescent indicator 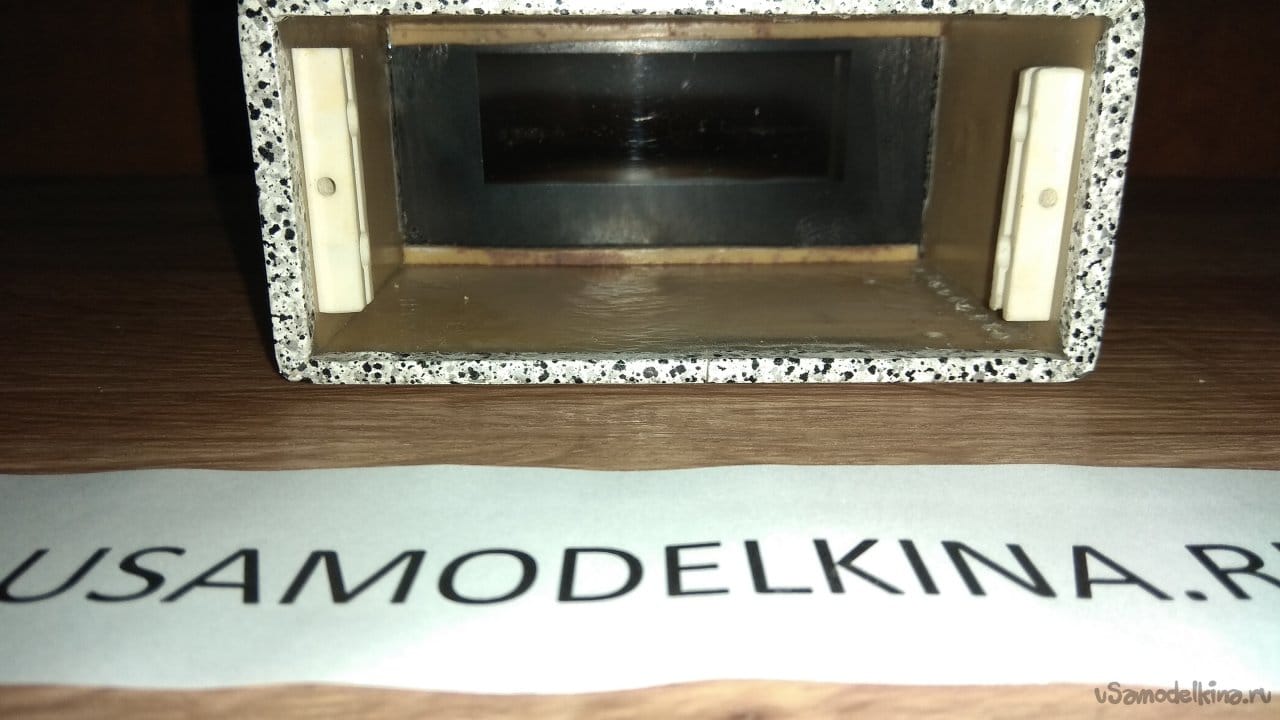 Micro buttons were purchased to adjust the watch. I installed them on the back panel.
The applied microcircuits, in addition to the clock, implement the alarm clock function. I installed a piezo emitter for the alarm clock.
To display the activated alarm clock, I used dots near the numbers. 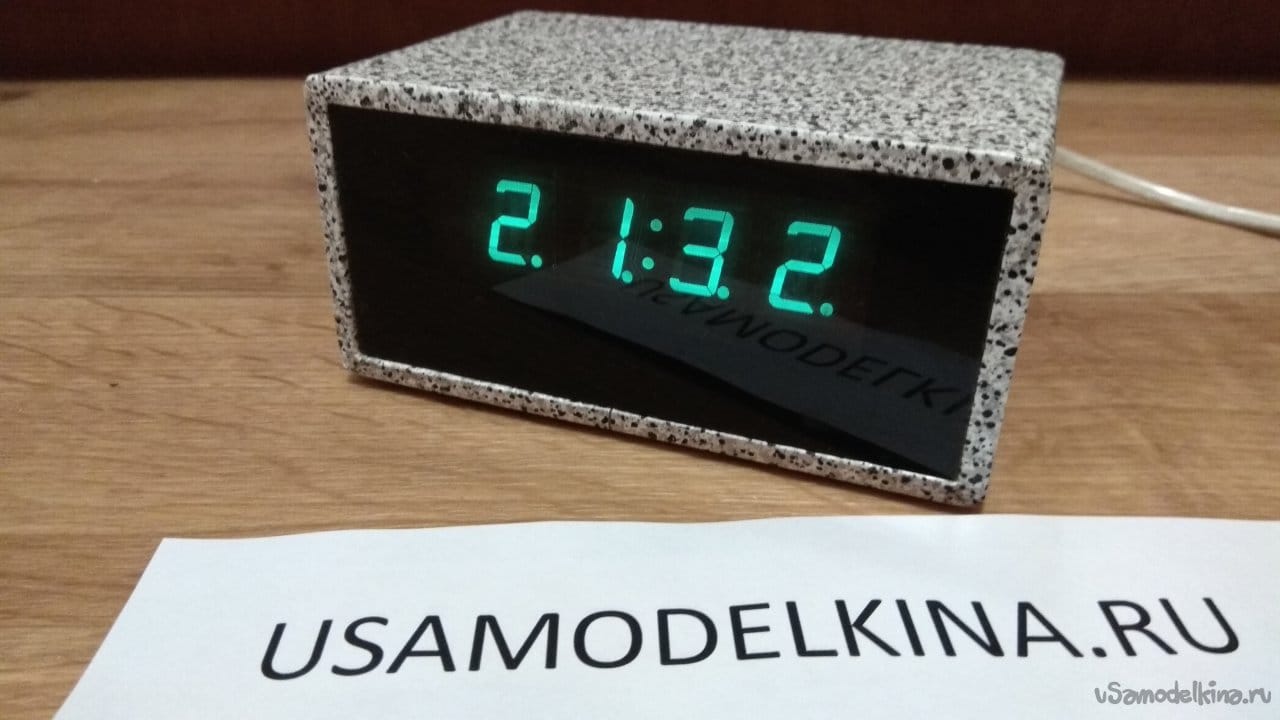 The clock has a brightness switch. < br> Bright mode is usually only used for adjusting the clock rate. In dim mode, the hours and minutes buttons are locked, only the zero minute adjustment button “R” works.
So that the clock does not go astray when the power is turned off, an autonomous power supply from a three-volt CR2032 lithium battery was provided. As practice has shown, this voltage, in principle, is enough for the operation of the clock and 9 volts, which were usually used to power the clock in standby mode, are not so necessary. But when the battery runs out a little, the clock gets lost for a few minutes. So I swapped out one CR2032 lithium battery for two and wrapped the holder with tape. 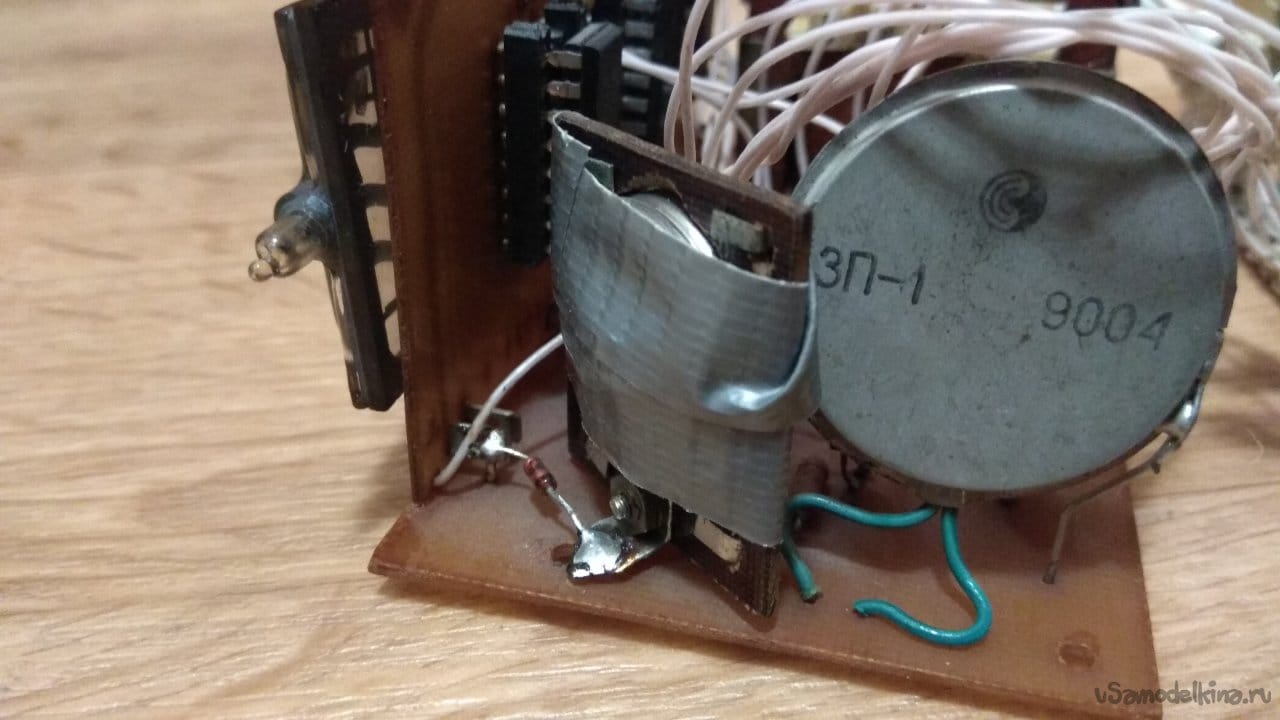 A trimmer capacitor is provided in the circuit to adjust the stroke accuracy. 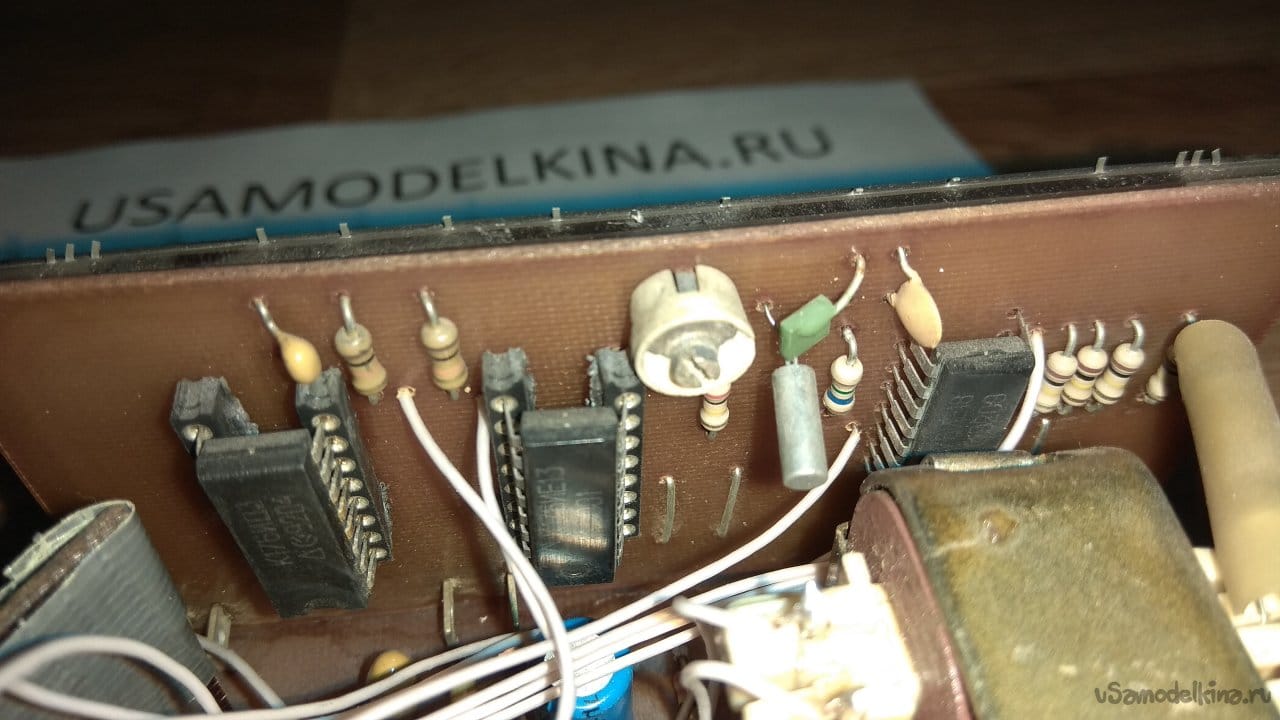 Due to the lack of a frequency meter, the accuracy adjustment took several days. I adjusted the accuracy of the clock using a Funai video recorder, whose clock was running perfectly. 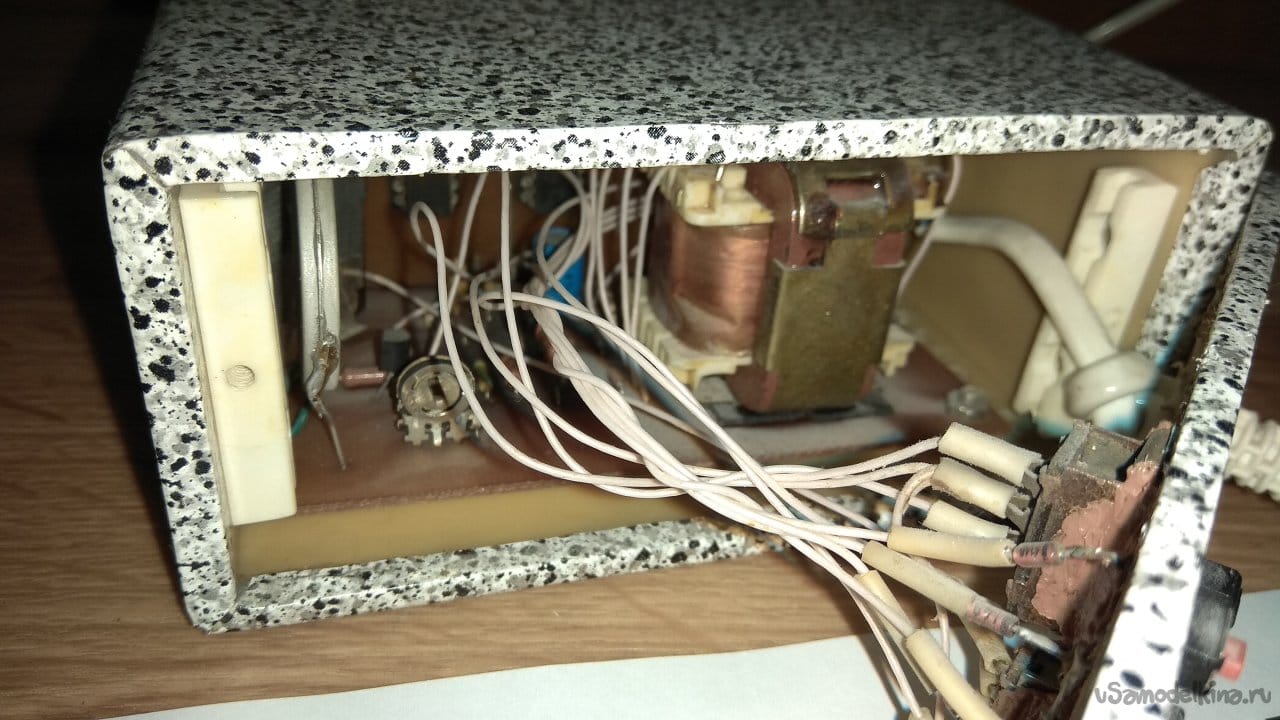 The watch case warmed up a little; for ventilation and cooling, I drilled holes in the back wall and bottom. It didn't help much, so I cut a square hole in the back wall and glued in a piece of a perforated aluminum plate. This reduced the internal temperature by a few more degrees.
In general, the 176 series of microcircuits turned out to be very reliable. Ancient Soviet watches and these homemade watches have been working properly for many years. 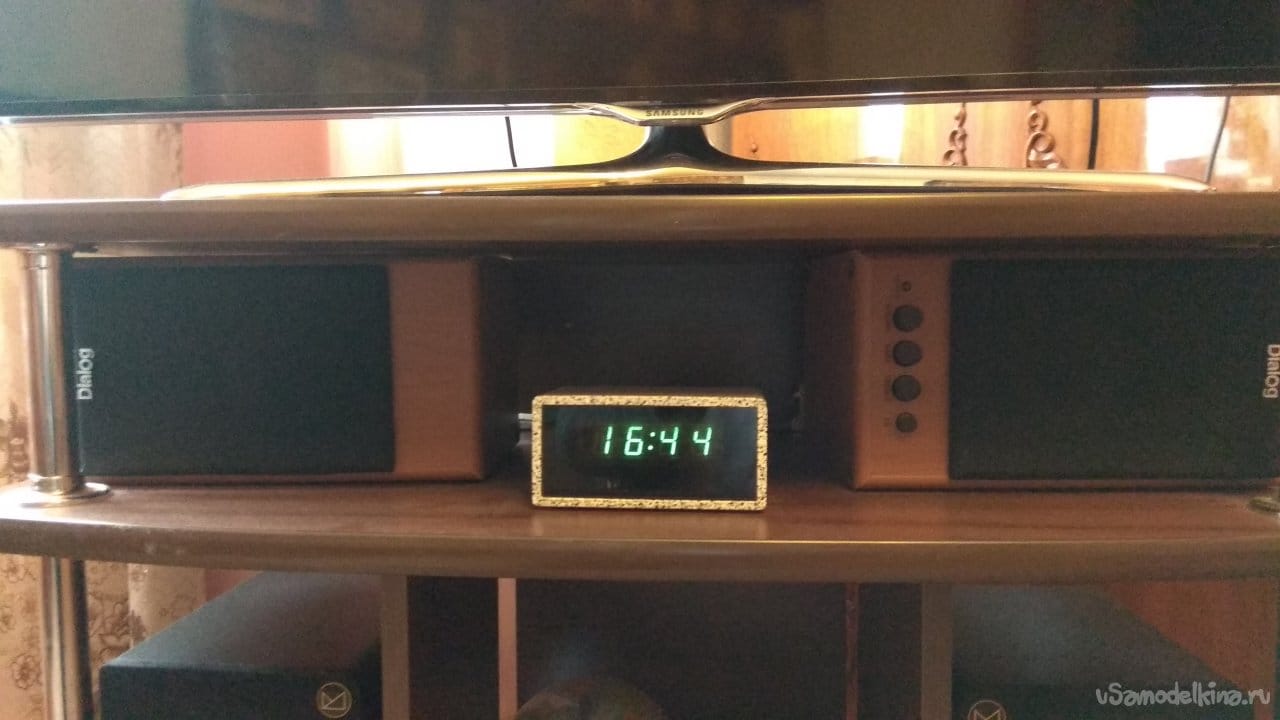 I also collected two more watches with using LED seven-segment indicators. They also work properly. Why the very first watches could not be repaired in the “Rembyttekhnika” repair shop is a mystery to me.
Source: