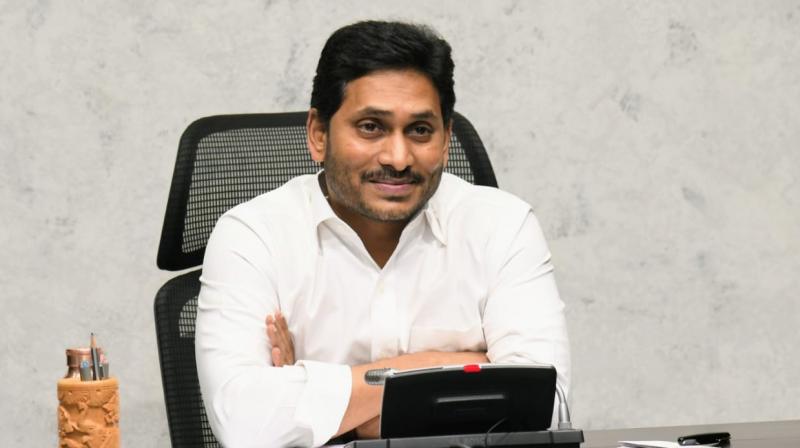 VIJAYAWADA: Chief Minister Y.S. Jagan Mohan Reddy has said 94 per cent of distribution of house site pattas has been completed and the remaining 1,69,588 pattas should be distributed soon.

“Complete the distribution of around 47,000 pattas under TIDCO,” he told officials at a meeting he held on the housing scheme on Tuesday.

During reviews on various departments with the district collectors and SPs, the chief minister said every eligible beneficiary should receive house site and officials must take steps for complete verification of the pending applications.

The CM advised officials to complete land acquisition for providing house sites to new applicants. Reason should be mentioned as and when an application for house site is rejected, he told officials, and stressed that the rejected applicants can reapply with valid proof. Those applications should be re-verified.

Reddy said the state government is building 15.6 lakh houses in 8,682 colonies in the first phase of the Navaratnalu- Pedalandariki Illu scheme. For drinking water, borewells should be set up in such colonies and electricity should be made available in the layouts for construction of houses.

The CM said the construction works would start on April 15 and preparatory works like mapping, geo-tagging, registration of beneficiaries in the AP Housing Corporation and issuing of job cards under MGNREGA should be completed by April 10.

He said district and division level officers should be appointed as nodal officers to every municipality and mandal for monitoring the progress of the housing scheme. A model house should be built in every layout.

Jagan Mohan Reddy said the model house will give an idea on the problems in construction and expenditure. The construction of model houses should be completed by April 15.

The CM said the services of engineering assistants, digital assistants and welfare assistants can be used for the housing scheme. “Be prepared to provide cement, steel, sand, metal and bricks as per the option chosen by the beneficiaries,” he told officials.

He advised officials to acquire 100 to 150 acres of land to provide house sites to the middle-class segment of the population at affordable prices with clean titles on a non-profit basis. “Ensure there are CC roads, footpaths, underground drainage, parks, open-air gym, walking tracks, electricity lines, greenery, smart bus stops in the layouts.”

NADU NEDU: The second phase of Nadu Nedu in schools would start by April end. The officials told the CM that the works of the first phase in 15,715 schools were almost complete except for painting works.

The CM said the auditing should be done on Nadu Nedu works with a third-party agency. He asked officials to prepare SOP on gorumuddha, toilet maintenance and regular maintenance.

The Spandana portal is also updated. The status of the petitions can be tracked and alerts will be sent if they are not processed. The money will be credited to women under YSR Cheyutha scheme in June, the CM said.

Panabaka seeks votes based on her past performance