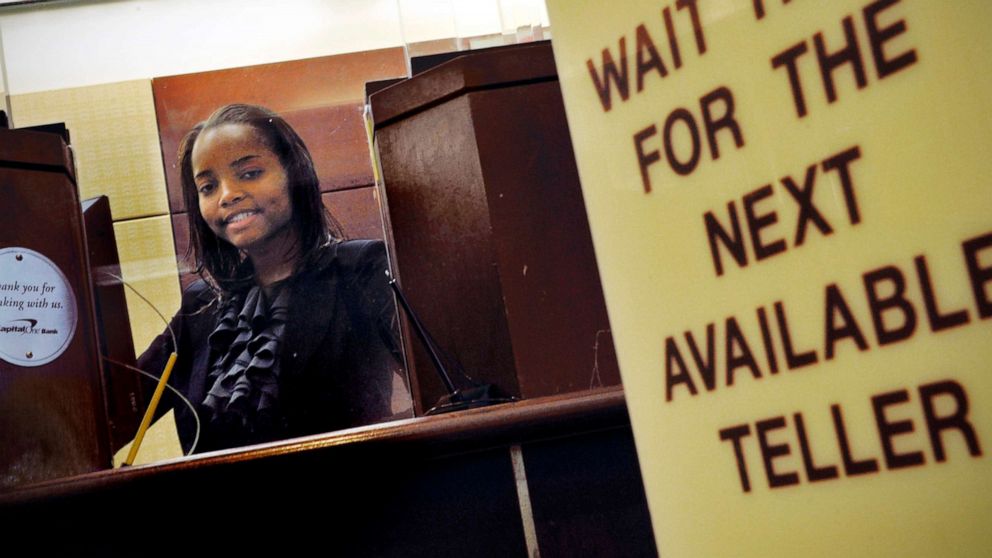 The racial reckoning in America calling for diversity has touched every industry including banking.

According to a report from the Committee for Better Banks — a bank workers’ advocacy group — Black and Latino employees have a significantly smaller chance of holding an executive position in corporate banks in comparison to their white counterparts.

The report finds that Black and Latino employees at 13 major U.S. banks have a less than 25% chance of being promoted or hired for a senior management or executive position in comparison to their white colleagues. Black and Latinos also have a very high likelihood of being in an entry-level position with limited mobility, such as bank teller and call center employees in comparison to their white colleges, the report also found.

The study gave the financial industry a “C” grade for diversity. African American and Latino representation were given a “D” and Asian representation, a “C.”

A lack of diversity in corporate America is nothing new, but the impact is even more widespread in banking. African Americans and Hispanics are less likely than their white counterparts to receive home mortgages, personal loans and are more likely to lack trust in banking and lack banking access and resources.

Reese Giddins, the co-founder and CEO of Greenwood, Bank who worked in corporate banking for several years before helping to start minority-focused and owned bank Greenwood, said the lack of diversity may contribute to the lack of trust in financial institutions from minorities.

“When you don’t have people that look like you, that can’t understand you, and can’t help you, it’s hard to build that trust. With Greenwood, we’re trying to rebuild that trust in our community along with the recirculation of the dollars into the community as well as bringing in that talent,” Giddins told ABC News.

Many banks including those studied in the CBB report released statements following the death of George Floyd, promising to diversify and provide racial equity.

“I would say that we would need more change beyond just adding more ranks of minorities into our leadership … A two-prong approach would definitely help moving the employees up from the bottom that we already have, and then also recruiting more diverse talent, especially from those minority colleges,” Laurel said.

A number of banks including US Bank and Wells Fargo were given an “F” grade in the report. According to the report authors, these banks declined to provide its researchers with data on “the total number of employees within race groups at the company.”

A spokesperson from Wells Fargo told ABC News, the company has work to do with improving diversity, but is making strides.

“Wells Fargo is committed to doing the work to ensure we provide our employees with an inclusive and respectful workplace where diverse talent flourishes. While we have more work to do, we have taken steps that include creating a diverse segments, representation and inclusion group reporting directly to the CEO that is accountable for progress and execution of new and existing programs, conducting diversity-focused talent reviews and sponsorship programs to help promote underrepresented groups, assessing senior leaders on increasing diverse representation at leadership levels, and requiring unconscious bias training for all managers. We are committed to sharing results,” Well Fargo told ABC News via a statement.

“In 2020, we broadly disclosed our EEO-1 data for the first time, and we intend to publish our 2019 and 2020 Consolidated EEO-1 gender/race employment data in the summer of 2021 as part of our updated ESG reporting process. Wells Fargo values diversity and inclusion not just as a business imperative, but because it’s the right thing to do,” Wells Fargo senior vice president Kate Pulley also said in a statement to ABC News.

US Bank employee Marcus Dodson said transparency is needed to fully see how the issue is being resolved.

“What I would like to see is transparency … a focus on diversity. From what I’ve seen, we’ve had these trainings that we take online. I would say that there hasn’t been a focus on minority hiring, minority issues or having difficult conversations,” Dodson said

US Bank declined ABC News’ request for an interview but released the following statement:

“The findings in this report are not accurate and do not reflect information we’ve released publicly, including in our 2020 Environmental, Social and Governance Report, which is available on our website,” US Bank vice president Lee Henderson said in a statement.

According to its Social and Governance report, US Bank has committed to $100 million annually in access to capital for Black business owners, and provided $1 million to Black-led community development financial institutions.

Greenwood, which Giddins says officially will launch this summer, is one of those Black-led community development financial institutions, and US Bank is one of Greenwood’s investors, he said.

However, Reese is hoping the partnership from their investors which he said also includes Wells Fargo, Bank of America and Chase, leads to more than just financial gains.

“What we’re focused on and really trying to create is trust back in the community, the opportunity to, affect Black and Latin[o] businesses. That’s really our focus. And that’s really what we’re trying to get to out of these partnerships that we have…I’d like to see more sponsorship of classrooms and inner cities, to essentially, help individuals who want careers in banking. I’d like to see more processes in place, for folks that work the phone but that have the skill set to move up,” Giddins says.

US markets rally on the back of Biden’s infrastructure plan

Next profits cut in half after Covid store closures