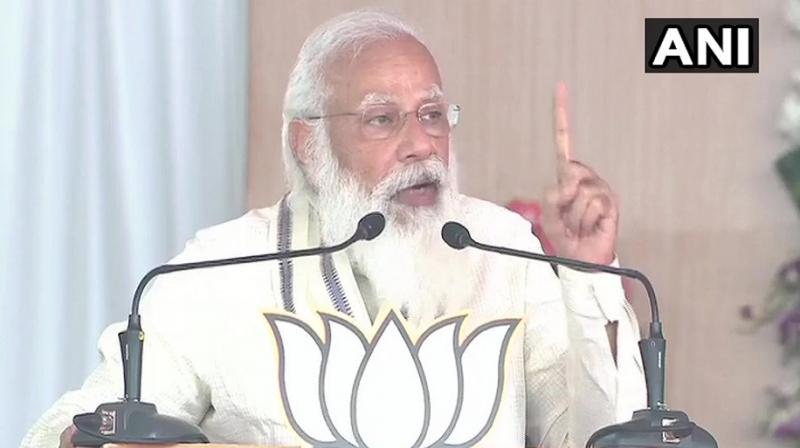 Madurai: Prime Minister Narendra Modi on Friday launched yet another blistering attack on the DMK and Congress, charging that their leaders "keep insulting women", while pointing out that the NDA schemes are aimed at empowering women.

Lashing out at the DMK and Congress, Modi said they had no agenda to talk about and alleged that the two parties, facing polls as allies, will not guarantee either safety or dignity for the people while the law and order situation will "suffer" under them.

He charged that the DMK tried to make the peace loving Madurai a "mafia den" due to family issues earlier, apparently referring to the then squabble in the party's first family involving brothers MK Stalin and MK Alagiri.

He also said that many schemes of the NDA including the Ujjwala scheme were aimed at empowering women.

"DMK and Congress have not understood this ethos. No wonder their leaders keep insulting women again and again," he said without naming anyone.

Taking note of a complaint from the ruling AIADMK, the Election Commission had on Thursday barred Raja from campaigning for 48 hours and also removed him from his party's list of star campaigners for the April 6 Assembly polls.