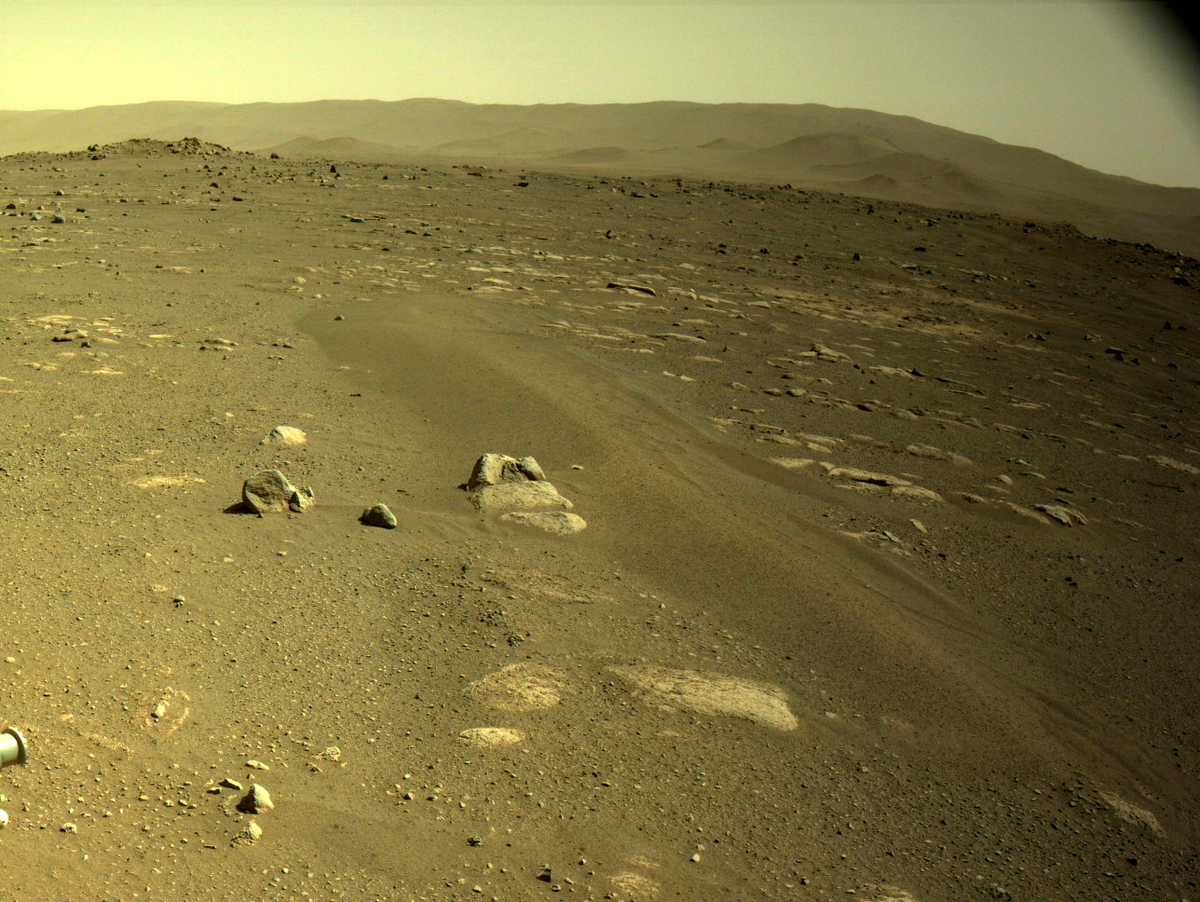 Nasa has revealed new details about the flight of Ingenuity, its Mars helicopter.

The aircraft will launch the first ever controlled flight on another planet, and mark a major technology test for the space agency.

It has found the site for its take-off and landing, as well as confirming that the test will begin in early April, it said during a briefing on the Ingenuity mission. The first flight will happen “no earlier than 8 April”, though that could move forward or back a few days, said Nasa’s Bob Balaram.

Ingenuity will not conduct scientific work during its journey. Instead, it is seen as a test of the technology, in the hope that it can inform future missions and help anticipate scientists’ and engineers’ needs in the future.

Nasa said that it had been scouring the surface of Mars for an “airfield” ahead of the launch, using satellite imagery and pictures taken from Perseverance. Engineers needed to pick somewhere safe both for taking off and landing and flying over, with enough texture for the helicopters’ cameras to pick up.

That allowed it to pick the first ever “airfield” on another planet, Nasa said, which was actually found close to the arrival of Perseverance.

A place near the launch site will be named after Jakob van Zyl, a Nasa veteran who died last year, soon after Perseverance left the Earth. He served in a number of roles at the space agency’s Jet Propulsion Laboratory, including overseeing work on the Ingenuity mission.

Perseverance will sit at the “Van Zyl overlook” as it watches Ingenuity conduct its mission, the space agency said.

Nasa said that there is a number of challenges ahead before the journey can take place. That will include the helicopter being driven to its “airfield” by Perseverance before it drops it onto the Mars’ surface, a period of testing to ensure that Ingenuity is able to support itself using its solar panels.

Only when that is completed will the first conservative flights be taken, Nasa said. Completing the very short first flight will mean that the mission is declared a success, it said.

That will then be followed by more “aggressive” journeys, as Nasa becomes more confident in it. In all, those various tests are set to take a month.

Dr Balaram said that the most dangerous part of the flight is the harsh atmosphere of Mars, including its winds, thin atmosphere and other dynamics that could throw the Ingenuity mission off. But he noted that there are a host of dangers, including when Perseverance drops Ingenuity onto the ground and then drives away, leaving the helicopter to fend for itself using its own solar panels.

During all of those flights, Ingenuity will be following instructions that are sent to it in advance, as well as using technology that ensures it can respond to the environment including winds or other changes that might blow it off course.

The vast distance between Mars and the Earth mean that there is too much of a delay to control the helicopter live. Messages can take between five and 20 minutes to get between the two planets, meaning that engineers won’t know if they have been successful until some time after the journey is complete.

Perseverance will also try to take images and videos of the journey, though Nasa engineers noted that it will be difficult to ensure that the two can see each other at the right time.

Nasa also spoke during its briefing about the various design decisions that went into Ingenuity – including the fact that it carries a small piece of cloth taken from the Wright Brothers’ original plane.

The space agency said that the Ingenuity mission – separately from the Perseverance one – cost some $80 million.

During the briefing, Nasa’s Bobby Braun – who is director of planetary science and the Jet Propulsion Library – paid tribute to Boulder, Colorado following the shooting there the previous day. He noted that he had moved to Nasa from the university there, and that the city has a particular connection to spaceflight.

How to mark yourself safe on Facebook during a disaster

Samsung’s upcoming foldable phone will bend twice as much

People are selling Covid vaccine passports on the dark web