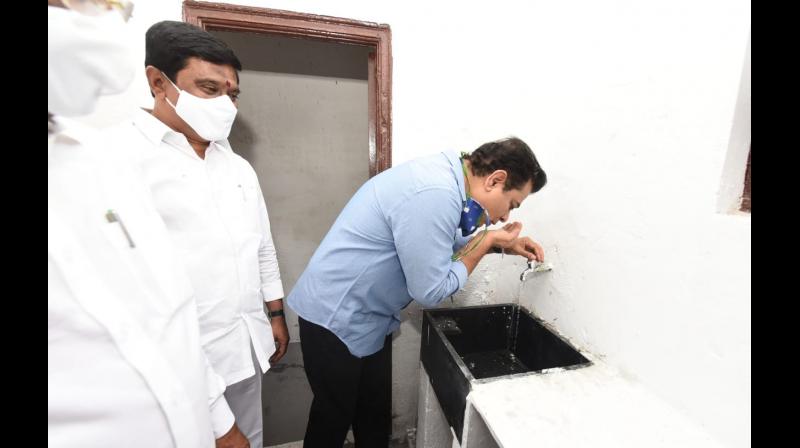 What attracted attention was Rama Rao opening the water tap at one the DBR apartments, drinking its water with zeal, and pouring some water drops on his head in devotion.

The incident was highlighted at a meeting by Khammam MP Nama Nageswara Rao during his speech in a meeting. Nama said, “KTR has shown respect to Mission Bhagiratha water as though it is Gangajalam,” he remarked.

Rama Rao also visited a Vaikuntadhamam (crematorium) in Khammam and appreciated the atmosphere there and its maintenance. He laid a foundation stone for a road from Sri Sri Circle to Venkatayapalem in Khammam. Roads and buildings minister V. Prasanth Reddy was present on the occasion.

In Sattupalli, Rama Rao assured that he would develop Vesyakanthala Cheruvu on the lines of Tank Bund in Hyderabad. He unveiled a statue of Chakali Ilamma and opened a new municipal building in Sattupalli. MLA Venkata Veeraiah announced that KTR is interested in taking up several development projects in Sattupalli.