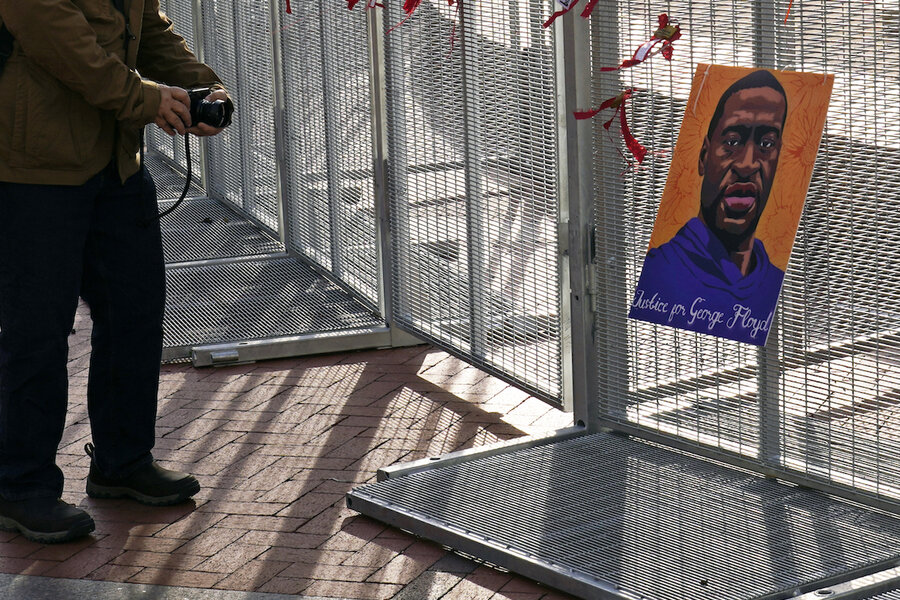 As former Minneapolis police officer Derek Chauvin goes on trial this week for the killing of George Floyd, jurors have heard testimonies detailing the chain of events that led to Mr. Floyd’s death on May 25, 2020 and seen body camera footage from Minneapolis police. The trial, which began on Monday, seeks to answer how an initial confrontation over an alleged misdemeanor last year spiraled into Mr. Floyd begging for his life underneath the knee of a police officer as two other officers held him down.

Police departments nationwide have been trying for years to train officers to avoid violence. In 2016, the Minneapolis Police Department rewrote its use of force policy to emphasize the “sanctity of life,” and began training officers in de-escalation – calming people down to prevent violence.

Why was Mr. Floyd arrested?

A cashier at Cup Foods told his manager that he believed Mr. Floyd had used a counterfeit $20 bill to pay for a pack of cigarettes. Police were called and the cashier, Christopher Martin, watched Mr. Floyd’s arrest outside the store with “disbelief – and guilt.”

But did the officers have to arrest Mr. Floyd in the first place?

The charge of trying to use a counterfeit bill would have been a simple misdemeanor under Minnesota law, and in many cases that can be handled with a ticket, said Mylan Masson, who once headed police training at Hennepin Technical College and served on the Minnesota Police Officers Standards and Training Board for more than 20 years.

Ms. Masson said officers should have been asking whether Mr. Floyd knew the bill was counterfeit and whether he had others in his possession.

After officers handcuffed Mr. Floyd, they attempted to place him in the back of a squad car.

Ms. Masson questioned why they decided to arrest him at all, noting that “he didn’t seem to be a harm to other people.”

Why didn’t officers defuse the situation?

Mr. Floyd said over and over that he was claustrophobic as he struggled to avoid being forced into the squad car. One officer can be heard cursing Mr. Floyd on body camera footage as he braced himself against the vehicle and arched his body. At one point, Mr. Floyd threw his upper body out of the car, and officers tried to push him back in.

Ms. Masson said putting someone in the back of a squad car with air conditioning can sometimes calm them down, especially on a hot day. But that was clearly not the case with Mr. Floyd.

Once in the backseat, he twisted and writhed, and the officers eventually pulled him out and held him to the ground. Mr. Floyd thanked officers as they removed him from the squad car.

The police tactic of de-escalation focuses on defusing tense situations to avoid violence.

“The trajectory of the event could have been slowed down,” said Geoffrey Alpert, a criminology professor at the University of South Carolina. “There was no rush, no split-second decision. There was no reason to push things.”

Mr. Alpert and Ms. Masson both questioned why the officers didn’t try to put Mr. Floyd into a larger vehicle such as an ambulance or van, given that he said he was claustrophobic.

Why does it matter at trial?

Derek Chauvin is charged with murder and manslaughter in Mr. Floyd’s death. Prosecutors say the since-fired police officer knelt on Mr. Floyd’s neck for 9 minutes, 29 seconds, as he pleaded that he couldn’t breathe. The most serious charge against Mr. Chauvin carries up to 40 years in prison.

Prosecutors contend that Mr. Floyd’s death was caused by Mr. Chauvin’s knee. But the defense has argued that Mr. Chauvin did what he was trained to do, and instead blame Mr. Floyd’s illegal drug use, heart disease, high blood pressure, and the adrenaline flowing through his body.

Alex Piquero, chairman of the University of Miami’s sociology department, said it is important for prosecutors to show that Mr. Chauvin, along with the other officers, made a series of decisions that led to Mr. Floyd’s death.

He said police officers are often working with limited information and have to make decisions quickly. But he said it’s clear that regardless of what happened before Mr. Chauvin knelt on Mr. Floyd’s neck, it was wrong.

“This is not the way you want to handle someone who is supposedly trying to pass a counterfeit bill,” he said.

The Jussie Smollett trial: Timeline of how this case ended up in court

Ghislaine Maxwell goes on trial: What to know about Jeffrey Epstein’s ex-girlfriend