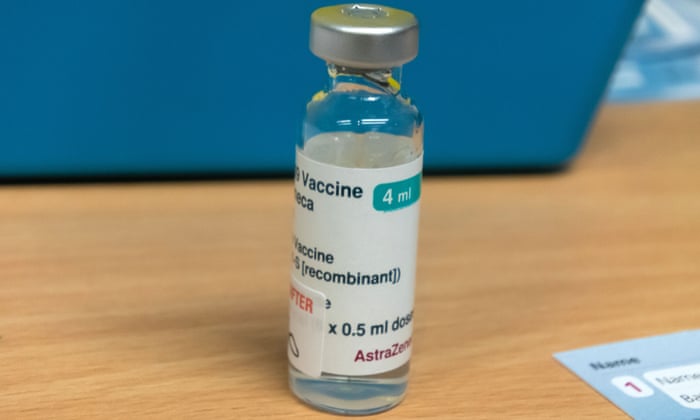 Two very different jabs have been responsible for inoculating Britain’s strikingly high number of vaccine recipients – with more than half of the country’s adult population having now received a first dose and several million people having received second doses. The Pfizer/BioNTech vaccine uses pieces of the Covid virus’s genetic code which, after injection, enter cells and instructs them to start making pieces of virus protein, which stimulate a person’s immune system. The Oxford/AstraZeneca vaccine uses a chimp cold virus (genetically engineered so it cannot trigger infection in people) which has been re-modified to carry viral genes into cells so they make pieces of Covid-19 viruses – and stimulate immune systems.

A type of rare blood clot has been reported in some recipients, with the UK Medicines and Healthcare products Regulatory Agency (MHRA) announcing last week it had received 30 such reports out of the 18.1m recipients of the vaccine: roughly one case for every 600,000 recipients. “The extreme rarity of these events … means the risk-benefit decision facing people invited to receive vaccines is very straightforward: the vaccine is by far the safest choice in terms of minimising individual risk of serious illness or death,” said Professor Adam Finn of Bristol University.

The cavalry is coming…

As existing supplies are used to provide those having had their first jabs with their secondary boosters, two further vaccines are expected to be rolled out to help the British government meet its goal of having every adult in the country vaccinated by summer. The first of these is the Moderna vaccine, which has already been used widely in the US and which is based on a technology that is very similar to the one behind the Pfizer/BioNTech vaccine. Britain has agreed to buy 17m doses of the Moderna vaccine, and the first doses – about 500,000 – are expected to arrive in the next few weeks.

The other jab due to arrive in the UK in the near future is being made by the US firm Novavax and uses genetically engineered cells, extracted from moths, to make pieces of coronavirus protein that will stimulate anti-Covid responses when injected into people. The company says it expects to be given approval in the US and UK next month and will manufacture its vaccines in 20 locations on four continents, which should help avoid cross-border supply issues. Novavax expects to be able to make 2bn doses of its vaccine this year.

Two further vaccines are likely to appear in the UK later this year. The first is the Janssen/Johnson & Johnson vaccine, which, like the Oxford/AstraZeneca version, uses a weakened common cold virus to deliver instructions for making the Covid-19 surface spike protein to our cells. Expressed on their surfaces, the protein triggers an immune response. Importantly, it is hoped that only a single jab of the Janssen vaccine will be needed to provide protection against Covid-19. The UK has ordered 30m doses, though it has yet to be approved by the MRA.

The second vaccine likely to be ready for use in the UK by the end of the year is expected to be manufactured by France-based Valneva at its new manufacturing facility in West Lothian, Scotland. The vaccine contains inactivated Covid-19 particles that stimulate the body’s immune system into manufacturing antibodies that swarm round invading viruses and block their actions. The vaccine is still undergoing clinical trials. However, if approved, it is likely be rolled out around the country by the end of the year. The UK has ordered 100m doses.

Hydroxychloroquine and other ‘miracle cures’ continue to fuel Brazil’s outbreak