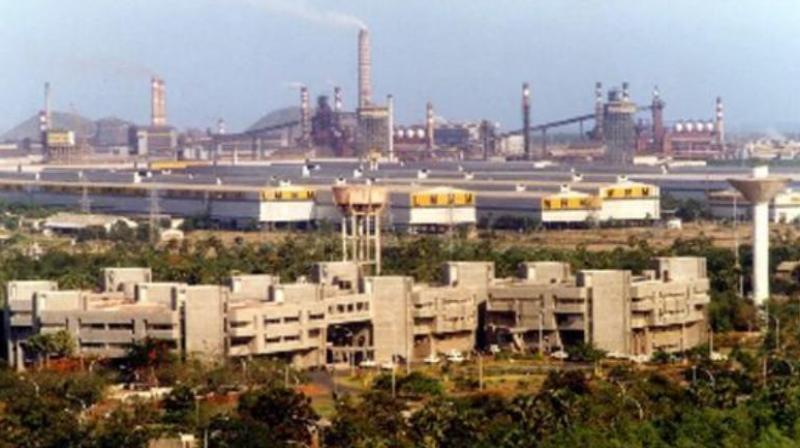 Hyderabad: The Telangana government is devising a strategy to be adopted on the future of the dolomite mines allotted to Vizag Steel Plant in case the major entity is privatised. VSP has a captive dolomite mine in Madharam village in Khammam district.

Around 950 acres of land spread over five-gram panchayats in and around Madharam had been allotted for the Madharam Dolomite Mine (MDM) in the 1980s.

Dolomite is used in the manufacture of refractory bricks, fettling materials and for the blast furnace. The mineral available at this place is said to be of high quality and its mining in the region could last a century, as the reserves are heavy.

Mining operations are currently underway in the core mining zone spread over 100 acres. There are around 160 regular employees including workers on its rolls apart from nearly 60 contract workers.

In view of the Centre’s recent decision to privatise the VSP, local leaders of various trade unions have launched a relay hunger strike in Madharam against the privatisation move.

TRS MLA from Wyra constituency Lavudya Ramulu Naik is already extending his support to the agitation and assuring workers that the TRS government would oppose the Centre’s move.

Naik said he has taken up the matter with chief minister K. Chandrashekar Rao and industries minister KT Rama Rao and requested them to oppose the privatisation and cancellation of the MDM mining lease if VSP is sold to private players.

Naik quoted the CM and KTR as saying the state would soon finalise a strategy on how to handle the present situation vis-à-vis the Madharam mines.

Rehabilitation issues are also involved in MDM as the VSP had failed to provide the promised jobs to the displaced even after three decades. The MDM was commissioned in 1989 as a captive mine of the VSP with a 1500 tonnes per-day capacity. Trade unions say VSP acquired 950 acres of land from 287 farmers in 1982, promising them jobs and development of the village. Initially, the company provided employment to 70 oustees and ignored the claims of 127 oustees. Later, it removed 30 employees working as security guards.

Though it triggered sharp protests from the displaced and political parties, the management carried on with its mining activity. Though the company agreed to provide jobs and develop the village in 1997 and 2006, it failed to do this. The displaced farmers even approached the courts against the company.