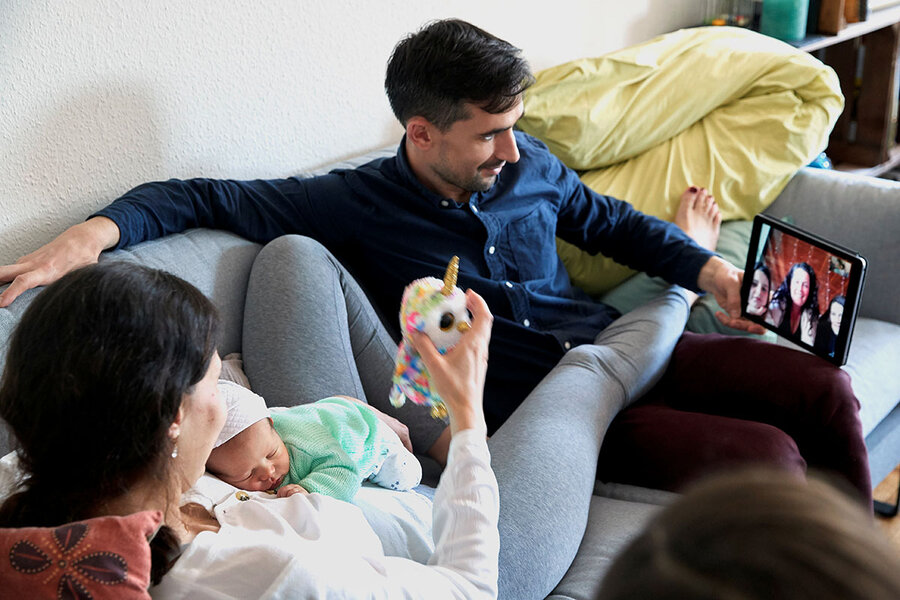 Before the COVID-19 pandemic swept across the globe, Samhita Mukhopadhyay was considering having a baby on her own. The 42-year-old New Yorker spent the early months of 2020 educating herself about fertility treatments.

But once lockdowns hit and it became more difficult to make doctors’ appointments, Ms. Mukhopadhyay, who was already ambivalent about having children, shelved the idea. Now, after seeing her friends who are single mothers struggle to balance work and parenthood during the pandemic, she’s more convinced that remaining childless is the right choice.

“I am looking at the world right now and it still doesn’t feel totally safe yet,” she says. “I take care of my mother; the thought of doing that and my job and raising a child would be really overwhelming.”

Having a baby is always a big decision – but the pandemic is uniquely complicating it. Women are being forced to reassess the value they put on having a child and what they are willing to do to realize it.

Ms. Mukhopadhyay joins a growing global trend of women putting aside plans to have a child – temporarily or indefinitely – as the pandemic enters its second year. Despite initial projections of a baby boom as countries went into lockdown and couples were shuttered at home, more women are deciding not to have children due to age and fertility challenges, financial concerns, or pessimism about the future.

But even as initial research shows an overall drop in births, many women around the world are still choosing to have children. For some, the lockdowns and forced togetherness with their partners have created the ideal moment to start or grow their family. Others see having a child as something positive to bring into a world steeped in uncertainty.

Across the board, the pandemic has highlighted the unique challenges women and their partners face when deciding to conceive. It is also forcing them to reassess their priorities and values when it comes to family, and decide what they are willing to sacrifice – or not – to uphold them.

“With the pandemic, we’re seeing an economic crisis that’s creating a wave of unemployment,” says Diego Ramiro, director of the Institute of Economics, Geography and Demography at the Spanish National Research Council in Madrid. “Living in the same household, seeing very stressful situations on the news as well as the uncertainty of your job … even if you love your partner very much, that brings so much stress to the household and can delay your decision to start a family.”

“Having a child is the last thing on the list”

There were early predictions during the first few months of lockdowns last spring of an upcoming baby boom, as couples sat at home with nowhere to go. But the challenges of being locked in quickly became apparent.

With schools closed in many parts of the world, couples with children had to balance work with home-schooling duties – with more responsibilities on women than men. As the pandemic forced businesses to close, workers were laid off or put on furlough. Weddings were put on hold, pushing back family planning, and single people faced new challenges in meeting a partner. Last April, the United Nations called for urgent action to combat the surge in domestic violence worldwide as a result of lockdowns.

Canada reported its lowest population growth in over a century, and for the first time South Korea registered more deaths than births. Researchers predict the global downward trend will continue as the pandemic rages on, which could have lasting economic consequences.

A June 2020 survey of U.S. women by the Guttmacher Institute showed that 34% wanted to get pregnant later or have fewer children because of the pandemic.

“The lockdowns had a huge impact on couples: from the economy and job losses, to being stuck at home, working from home with other children at home, [and] fertility treatments were often limited,” says Laurent Toulemon, a senior researcher at the French National Institute for Demographic Studies, who says France saw a 13% drop in births in January, year-on-year. “In that situation, when couples have to sort through what needs to happen first, having a child is the last thing on the list.”

For those still optimistic about having children, many couples faced challenges outside their control. Anne and Tessa, a married couple in Norwich, England, had planned to start fertility treatments last April when the pandemic forced the country into lockdown and their fertility clinic closed. When it opened back up in the fall, the couple was able to freeze several eggs. But then the second wave hit England.

“We didn’t know if we wanted to get pregnant if the hospitals were being slammed with COVID cases. There was definitely concern about having to be in the hospital during that time,” says Anne, who plans on carrying the couple’s baby. “I’m hoping that after I get vaccinated in May or June, I can finally get pregnant.”

If the decline in global birth rates has been a surprise to some, demographers and sociologists have been predicting the latest findings for months. “Anytime there’s some type of economic shock, we usually see a drop in births about 9, 10, 11 months later,” says Alison Gemmill, a demographer and assistant professor at Johns Hopkins University, who has collected initial data on declines in birth rate in the U.S. over the past year. “That drop in births can persist for some time, like we saw with the Great Recession or Great Depression.”

A drop in the birth rate for one year wouldn’t necessarily be cause for concern, says Phillip Levine, an economics professor at Wellesley College. But the drop is magnifying a downward trend.

“This is compounding an already ongoing decline of a pretty significant magnitude [in the U.S.],” says Dr. Levine. “You’re starting to approach a pretty large and ongoing decline in births that could have impacts on the economy and society for years and decades.”

Globally, birth rates have followed the same trend, falling steadily since 1950, when the total fertility rate was 4.7 live births per woman compared to 2.4 in 2017, according to a 2019 study in The Lancet. Birth rates in industrialized countries have already dropped below the replacement levels of 2.1, which would mean fewer young people to support aging populations in future generations.

Countries already battling low birth rates, like Singapore, Japan, and South Korea, are especially at risk of feeling the consequences of that decline. More than 35% of the population in Japan, which has the most aged society on the globe, is expected to be over 65 by 2050, which risks stretching government finances thin and hindering economic growth.

In China, decades of a one-child policy, together with urbanization and rising prosperity, have all contributed to the slowdown in births, and Chinese experts predict the population could begin falling later this decade. China started allowing all couples to have two children in 2016, but that has done little to mitigate the trends, especially as women become more highly educated, independent and career-driven.

“There is a longer-term trend that Chinese people are delaying their marriage and – in the younger generation – even forgoing marriage altogether,” says Dr. Yong Cai, a professor of sociology at the University of North Carolina at Chapel Hill. “COVID is sort of a little more background noise. If we see a major decline in terms of fertility, it’s because of all the other things going on, especially … women’s social status.”

Opportunity to focus on family?

Despite the challenges of having a baby during a pandemic – navigating numerous doctors’ visits, giving birth wearing a mask or without their partner present – many women say COVID-19 has not changed their plans to have a child. If anything, it has made their notion of family even stronger.

For Alexandra Chapman, a self-employed graphic designer in Washington state who has a daughter and stepson, the pandemic created space for growing her family. “[The pandemic] slowed everything down to a stop,” says Ms. Chapman, who gave birth to a boy in February. “It put us all in our homes and I thought, what a perfect time to have a baby, actually.”

Li, a primary school teacher in China’s southwestern city of Chengdu, welcomed her first child, a daughter, on March 26. “I want to have an ‘ox’ baby,” she said via email before giving birth, referring to the Lunar New Year animal known for its strength. A stable marriage and job, coupled with China’s fast containment of COVID-19, encouraged her to start a family, despite some anxiety about medical care. “There were times I was upset and afraid of being infected. … But I feel that I’m the right age and I should have a little baby.”

Still, the concept of family has never meant the same thing to everyone, and that’s especially true during the pandemic. Anaïs, who is 36 and lives in Poitiers, France, has had to reimagine her vision of family. She and her partner, who is 39, have dealt with long-term effects of COVID-19, which have affected their ability to work full time. Due to health and financial concerns, they’ve decided to postpone – most likely indefinitely – having kids.

“I don’t know if I should grieve yet or not, but it seems impossible to project that far in the future,” says Anaïs. “COVID has changed my concept of what family means, especially as a woman, even if I consider myself a feminist and don’t want to be defined by having children. I still want something to take care of. We’re thinking about getting a cat instead.”