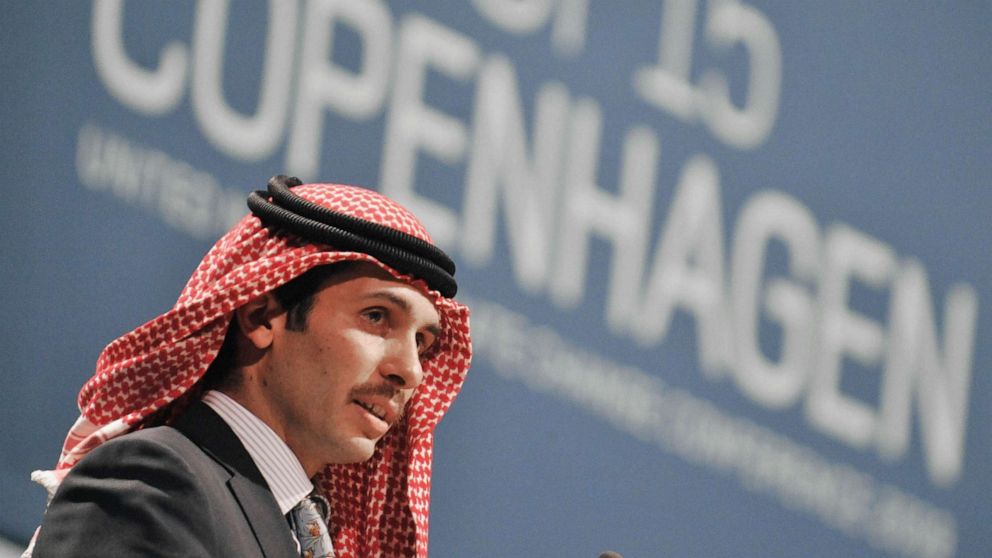 Jordan’s government has said that a coup attempt centered on former Crown Prince Hamzah bin Hussein, the half-brother of the current monarch King Abdullah II, was foiled on Sunday, with up to 16 people arrested for “attempts to jeopardize the safety and stability” of the country.

The suspects arrested include several key figures in the Jordanian royal court, including Sharif Hassan bin Zaid, a member of the royal family, and Bassem Awadallah, who was King Abdullah’s advisor on shaping the country’s economic policy and served as his chief of the royal court until 2008. The government alleges that Crown Prince Hamzah had liaised with foreign entities and that he was making plans to flee the country.

The Jordanian government initially denied reports that Prince Hamzah had been arrested, but a video first obtained by the BBC said that he was under house arrest and had his phone and internet access restricted. The BBC said they received the video from Hamzah’s lawyer.

In the video, seen by ABC News, Prince Hamzah denied being part of a foreign plot and encouraged Jordanians to not believe any “forged” narratives.

“It’s reached the point where no one is able to speak, or express an opinion on anything without being bullied, arrested, harassed and threatened,” he said in the video. “I’m not part of any conspiracy or nefarious organization or foreign-backed group, as is always the claim here for anyone who speaks out.”

At a press conference on Sunday, Deputy Prime Minister Ayman Safadi said that “thorough, intensive and comprehensive investigations” were carried out before the arrests, and that Prince Hamzah had held several meetings with foreign parties to “persuade them into destabilizing the country.”

Overnight, an Israeli national living in Europe, Roee Shaposhnik, said he offered to send a plane to pick up Prince Hamzah and offered him a place to stay in Germany. However, he denied any relation with Israeli intelligence in a statement to a Hebrew news outlet, as well as any knowledge of the current intrigue gripping Jordan.

Prince Hamzah is considered to be a popular figure in Jordan, especially amongst the Kingdom’s tribal leaders, and has long been vocal about problems inside the country. Jordan, which remained largely untouched by the Arab Spring that swept through Middle Eastern monarchies ten years ago, has been badly hit by the COVID-19 pandemic, with more than 7,000 deaths. Since the pandemic hit, the level of poverty in the country has increased by 38% according to a study from the World Bank and UNHCR.

Part of Prince Hamzah’s popularity lies in his close resemblance to his father, the late King Hussein, who is still mourned in the country more than two decades after his death.

After the late king’s death, Hamzah was designated Crown Prince, with Abdullah II ascending to the throne. In 2004, however, King Abdullah II replaced Prince Hamzah and later designated his eldest son as the Crown Prince of Jordan.

The coup attempt in a key Western ally has also alerted the attention of the State Department in the U.S.

“We are closely following the reports and in touch with Jordanian officials,” State Department spokesperson Ned Price said in a statement. “King Abdullah is a key partner of the United States, and he has our full support.”

Meanwhile the American born Queen Noor Al-Hussein, the mother of Crown Prince Hamzah and widow to the former king, issued a strong statement in support for her son, staff and associates who were arrested.

“Praying that truth and justice will prevail for all the innocent victims of this wicked slander,” she posted on Twitter to her one million followers. “God bless and keep them safe.”

Deputy Prime Minister Safadi said that the stability of Jordan was a top priority, and that the results of their ongoing investigations would eventually be announced in “all transparency.”

Brazil in crisis as COVID-19 rages across country: Reporter’s Notebook

Free rapid Covid tests for England: what you need to know