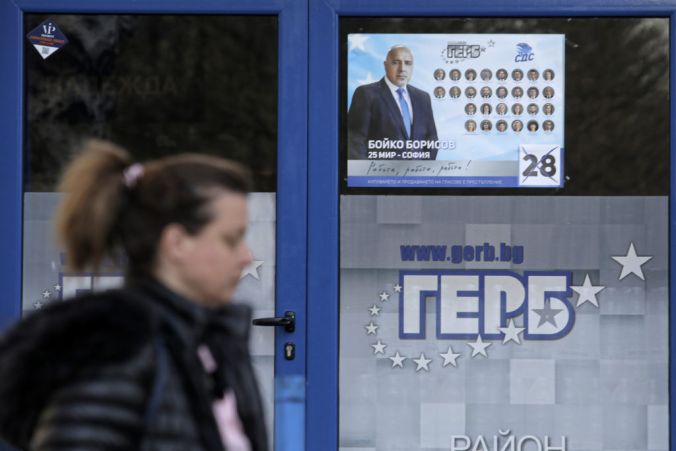 The centre-right GERB party led by Bulgaria’s prime minister appeared to be the likely winner of the country’s parliamentary election after exit polls showed it placing first in a fractured political landscape.

The election was widely seen as a referendum on the country’s long-time leader, Prime Minister Boyko Borissov, after months of anti-government protests and amid a surge in coronavirus infections.

Four exit polls gave the GERB party around 25% of the vote. The polls placed the opposition Socialist Party second with some 17%, slightly ahead of the new party There Is Such A Nation led by prominent TV entertainer Slavi Trifonov.

The Central Election Commission said voter turnout on Sunday was nearly 40% by 5pm, a smaller showing than in previous elections.

Mr Borissov, 61, who has led the populist GERB party since its founding in 2006, has ruled Bulgaria with an iron grip for most of the last 11 years.

“I have always taken into account what the people decide … Let the elections be honest,” Mr Borissov was quoted as saying after he cast his ballot without reporters present due to pandemic restrictions.

It could take days before the final official results are announced. If they confirm the exit polls, Mr Borissov will be handed a mandate to form his fourth cabinet.

It looks, however, that it will be an uphill task for him to find allies to form a stable governing coalition in a fragmented parliament where most groups have already rejected any cooperation with the GERB party.

Political analysts predicted weeks of talks to form a viable coalition and did not exclude the possibility of another election.

President Rumen Radev, a vocal critic of Mr Borissov, urged Bulgarians to turn Sunday’s election into the first step toward a return to laws and rules.

“I voted against the collapse of statehood, lawlessness and corruption and for a free, just and prosperous Bulgaria,” he said after voting.

Bulgaria, which joined Nato in 2004 and the European Union in 2007, has been repeatedly criticised for not tackling corruption and for deficiencies in the rule of law and media freedom. Still, Mr Borissov on Sunday trumpeted the country’s ties with the West.

“The immense support we received from our counterparts in Europe shows the importance of a stable European government in Bulgaria,” he said.

Brazil in crisis as COVID-19 rages across country: Reporter’s Notebook