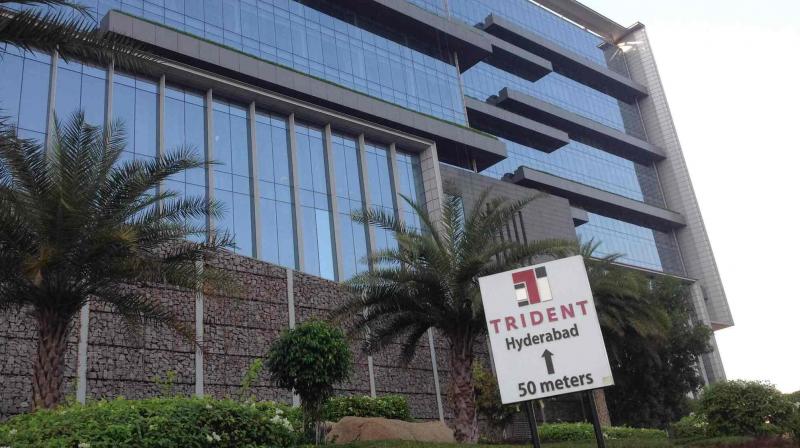 Hyderabad: The Telangana state government and several public sector banks are at loggerheads over mortgaged government lands and assets developed on them by loan defaulters, which is collectively worth thousands of crores.

The latest Trident scam, in which CBI booked the developers of the hotel project near Hitec City on charges of a Rs 1,285 crore bank fraud, will only add to the ongoing tussle between the state government and the banks.

While the state government tries to regain ownership of land parcels in situations wherein developers defeat the purpose for which the allocation was made, banks argue that the government had permitted mortgage of the property and hence cannot reclaim the land or the assets built on them.

Documents available with Deccan Chronicle revealed that the erstwhile Andhra Pradesh government leased about five acres to a consortium of companies to build, operate and transfer (BOT) the hotel project after 33 years.

Initially, a five-star hotel, Trident was to be built at a cost of Rs 214 crore but the scope was extended, involving two hotels —Trident and Oberoi. Though the second hotel remained incomplete, the project cost shot up to nearly Rs 1,300 crore.

As the construction of the second hotel was stopped midway, the hotel building has a mysterious look. Half of it is just a skeletal structure, adjoining the Trident.

Documents also revealed that Golden Jubilee Hotels Pvt Ltd, against which the CBI booked the case, had given an undertaking to lenders that it would deposit the entire sales turnover into an escrow account with the Bank of Baroda.

Later, however, it alleged that the operating company had diverted the amounts to a separate bank account without its knowledge and approval.

“The agreement is clear that the project is built on a BOT basis and will become state property after the end of the concession period. We have to immediately move to protect our interests,” a senior tourism official told this correspondent.

In a similar case, the state government issued orders for resuming five acres which were gifted by the then Y.S. Rajasekhar Reddy government to one Dr Krishna Swaroop Reddy in the prime Khajaguda area for a mere Rs 55 lakh under the pretext that he would build a state-of-the-art hospital and treat the poor in it. A former Rajya Sabha member who enjoyed huge powers during the YSR term, is said to have made a killing out of this deal.

Three years later, the doctor mortgaged the property to Andhra Bank for Rs 90 crore and then defaulted on repayments. The lender approached the High Court against the government order resuming the five-acre land. “We have been fighting several such cases,” a bank official said on condition of anonymity.