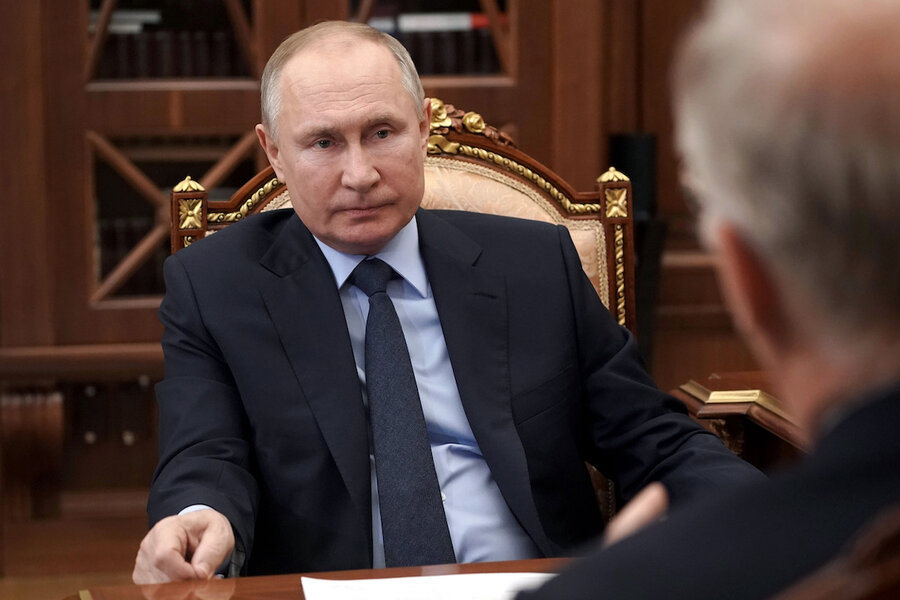 Russian President Vladimir Putin on Monday signed a law allowing him to potentially hold onto power until 2036, a move that formalizes constitutional changes endorsed in a vote last year.

The July 1 constitutional vote included a provision that reset Mr. Putin’s previous term limits, allowing him to run for president two more times. The change was rubber-stamped by the Kremlin-controlled legislature and the relevant law signed by Mr. Putin was posted Monday on an official portal of legal information.

The reform, which critics cast as a constitutional coup, was packaged with an array of other amendments that were expected to garner popular support, such as one bolstering pension protections.

The law signed by Mr. Putin limits any future president to two terms in office. It also prevents anyone who has held foreign citizenship from running for the Kremlin.

The Russian president, who has been in power for more than two decades – longer than any other Kremlin leader since Soviet dictator Josef Stalin – said he would decide later whether to run again in 2024 when his current six-year term ends.

He has argued that resetting the term count was necessary to keep his lieutenants focused on their work instead of “darting their eyes in search for possible successors.”

The opposition criticized the constitutional vote, arguing that it was tarnished by widespread reports of pressure on voters and other irregularities, as well as a lack of transparency and hurdles hindering independent monitoring.

In the months since the vote, Russia has imprisoned the country’s most prominent opposition figure, Alexei Navalny.

Mr. Navalny was arrested in January upon his return from Germany, where he spent five months recovering from a nerve-agent poisoning that he blames on the Kremlin. Russian authorities have rejected the accusation.

In February, Mr. Navalny was sentenced to 2 1/2 years in prison for violating the terms of his probation while convalescing in Germany. The sentence stems from a 2014 embezzlement conviction that Mr. Navalny has rejected as fabricated – and which the European Сourt of Human Rights has ruled to be unlawful.

At the same time, the United States and Ukraine say Russia is escalating tensions in eastern Ukraine, where Russia-backed separatists have been fighting Ukrainian forces since 2014. Russia denies having a military presence there. President Joe Biden has publicly rebuked Mr. Putin since taking office, including saying last month he regarded Mr. Putin as a “killer.”

Russia has recalled its ambassador to the U.S., and Russian Foreign Minister Sergey Lavrov has said Russia’s relations with the U.S. and its allies have “hit the bottom.”

Is a pandemic the time to have a baby? Potential moms wrestle with question.