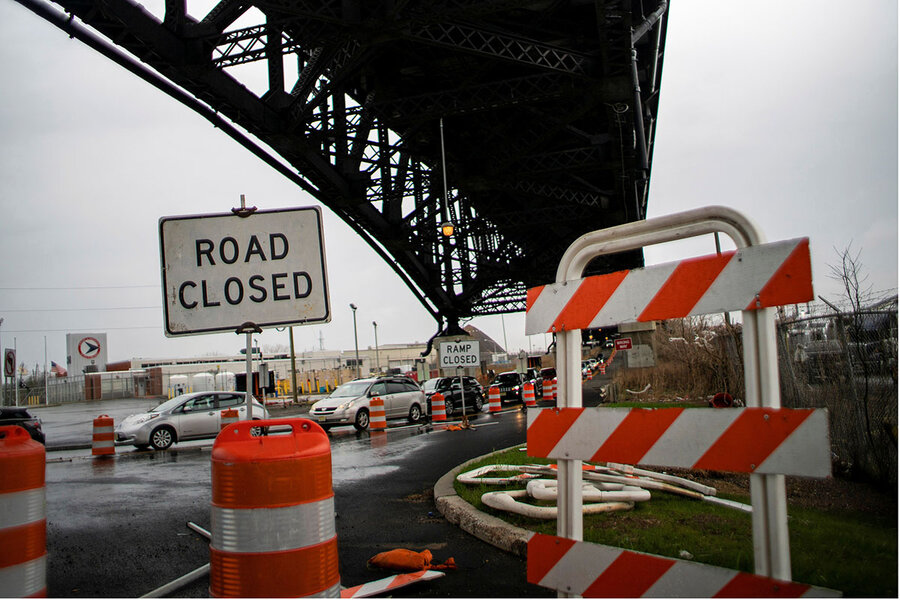 Urged on by an increasingly influential progressive movement and emboldened by Republicans’ waning commitment to fiscal discipline, President Joe Biden is redefining “infrastructure” as an investment in not only the physical and technological underpinnings of American society, but also the people that keep it humming.

Roads and bridges account for only $115 billion in President Biden’s $2.65 trillion infrastructure plan – less than 5% of the overall price tag. The plan would spend roughly twice as much on affordable housing; three times as much on manufacturing, including investments in clean energy and domestic job creation; and four times as much to boost pay and benefits for caregivers of older adults and people with disabilities, including the option to join a union. A key component of the plan is addressing racial injustice and investing in disadvantaged communities, while promoting clean energy technologies to address climate change and improve quality of life.

The sweeping proposal, dubbed the American Jobs Plan, comes on the heels of a $1.9 trillion COVID-19 relief bill that included several expansions of government benefits that are expected to become permanent. To some, it’s surprising: How did Joe Biden, the presumed moderate in a 2020 Democratic field that included Sens. Bernie Sanders and Elizabeth Warren, come to preside over one of the most significant pushes for bigger government since Lyndon B. Johnson’s Great Society or even Franklin D. Roosevelt’s New Deal?

President Biden’s broad definition of infrastructure links it to the welfare of the people it serves. It’s also meeting with a rethink, by some Americans, of the role of government in their lives.

Part of the shift happened during the Democratic primary, in which the enthusiastic reception of Ms. Warren and Mr. Sanders demonstrated to Mr. Biden and the Democratic Party the degree to which progressive ideals were resonating, particularly among younger voters.

To be sure, Professor Dickinson notes, such bold action risks sparking a backlash in the 2022 midterm elections, just as President Barack Obama experienced with the tea party wave of 2010.

But in just a decade since the tea party swept to power on promises of reining in government spending and reducing the national debt, the GOP’s commitment to fiscal discipline has lessened considerably. That makes it harder for the party to credibly push back on Mr. Biden’s policies for purely fiscal reasons.

Add to that the pandemic and subsequent government restrictions that provided an opening for dramatically expanding federal intervention, with GOP lawmakers joining their Democratic colleagues in passing $3 trillion in pandemic relief bills.

Now, Mr. Biden and his progressive allies are wagering that a majority of voters will ultimately support his massive spending proposals. And in their eyes, that’s the kind of bipartisanship that matters, even if not a single Republican lawmaker votes in favor of the ambitious plan and the corporate tax increase the White House has proposed to fund it.

Polls show that the COVID-19 relief bill, which initially drew bipartisan public support, has grown steadily less popular among Republican voters in recent weeks. GOP lawmakers and conservative media have hammered the bill for veering too far from immediate, direct pandemic relief, saying it lays the groundwork for the biggest expansion of welfare benefits in decades.

Initial polling about Mr. Biden’s infrastructure package shows bipartisan support for key elements of it, but according to one poll from Ipsos, nearly a third of voters in both parties say they aren’t familiar with the plan itself and substantially fewer Republicans than Democrats say they support it. Time will tell whether people will feel enough of a tangible benefit from such sweeping proposals to give them the support to ride out any political backlash in the near term. But progressives are encouraged by what they see so far.

“Republicans are helping Democrats build muscle memory for what it feels like to go it alone and then be politically rewarded for it,” says Adam Green, co-founder of the Progressive Change Campaign Committee, which has advanced the concept of “main street bipartisanship” and is pleased with the progressive agenda emerging from the Biden White House. “I think we’re ahead of where we expected to be.”

Progressives and GOP both played a role

Many credit Mr. Sanders and Ms. Warren, who have both been vocal advocates for the working class, with bringing a new constellation of issues to the forefront of the 2020 campaign. That, in turn, put pressure on Mr. Biden – often described as a relative centrist – to shift his positions.

“Biden was one of the few candidates who actually moved further left in the general election than he started out,” says Rep. Ro Khanna of California, who served as a co-chair of Mr. Sanders’ 2020 campaign and is now a deputy whip of the Congressional Progressive Caucus. “I think that was a direct response to the campaign Senator Sanders had run and the success we had had.”

“Trump blew up the neoliberal consensus,” says Representative Khanna, who argues that the president focused too much on racial grievance while progressives by contrast presented a more positive vision for advancing the common good. Still, he helped their cause. “But the reality is that he did – by pointing out the plight of the working class and deindustrialization – shatter the neoliberal myth of excessive faith in deregulation of markets and in absolute reliance on privatization.”

But Mr. Trump, who declared himself “the king of debt” during his 2016 campaign, took things further.

In 2017, his administration and a GOP-controlled Congress passed tax cuts that the nonpartisan Congressional Budget Office estimated would add $1.9 trillion to the federal deficit over a decade. In 2018, Republicans approved a budget that significantly exceeded bipartisan caps on discretionary spending – something the Obama administration had not done. Then the pandemic hit, and a GOP-controlled White House and Senate approved $3 trillion in deficit spending. With all these annual deficits piling up, last year the U.S. debt reached its highest level relative to annual gross domestic product since 1947.

All this has emboldened Democrats to brush off GOP arguments about fiscal discipline by pointing out “the [emperor] wears no clothes,” says William Hoagland, a senior vice president at the Bipartisan Policy Center in Washington and a board member of the Committee for a Responsible Federal Budget.

“It clearly has given them the justification for saying, ‘Wait a minute, you have not been concerned about fiscal debt and deficits,’” says Mr. Hoagland, a longtime Senate staffer who served as director of budget and appropriations for GOP Senate Majority Leader Bill Frist from 2003 to 2007. “I think that Republicans have in some ways made it possible for Biden and the Democrats to pursue these rather expansionary proposals.”

Part of the calculus is a shifting landscape of partisan loyalties. Mr. Trump was praised for his political instincts in wooing working-class Americans, who felt left behind by globalist policies that saw manufacturing outsourced to other countries. Part of the shift away from fiscal discipline has been driven by a populist surge within the party to court more such voters, including with stimulus payments.

In just one recent example, the head of the Republican Study Committee, Rep. Jim Banks of Indiana, wrote a memo to House Minority Leader Kevin McCarthy arguing that the GOP’s success in 2022 midterms will hinge on its ability to reorient itself as the party of the working class.

Arguably none of these expensive, expansive government initiatives would have happened without the pandemic. Although some GOP governors and lawmakers argued for less strict measures, there was a certain degree of bipartisan support for massive funding as millions were unable to work due to government shutdowns. Sen. Josh Hawley of Missouri, a possible 2024 GOP presidential contender, joined Mr. Trump in arguing for more generous stimulus payments.

Missouri voters passed Medicaid expansion. Now state Republicans may not pay for it.