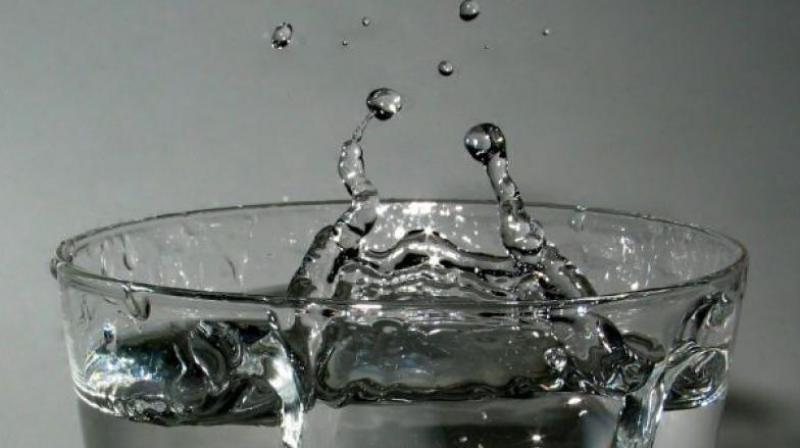 HYDERABAD: Residents living in the area between the GHMC border and Outer Ring Road (ORR) and who are anxious to avail of the 20 kilolitre (kl) free drinking water scheme per month have some bad news.

The state government has decided to restrict the scheme only to those living in the Greater Hyderabad Municipal Corporation (GHMC) limits. The earlier announcement was that the 20 kl free water scheme would be available in the areas till the ORR.

Consumers outside GHMC limits have been already receiving water bills. Municipal administration and urban development (MA&UD) officials said the scheme cannot be implemented till ORR limits as it would not only add to the burden of catering to another 9.08 lakh consumers but also involves an additional expenditure of Rs 500 crore annually. The Hyderabad Metropolitan Water Supply and Sewerage Board (HMWSSB) serves 10.08 lakh consumers in the GHMC limits.
The government, despite Rs 250 crore for drinking water to new colonies within ORR limits in its budgetary allocation, has now decided to restrict the project to only GHMC limits.

According to highly placed sources, those living in GHMC limits and whose Aadhaar seeding was not completed would also receive water bills for January, February and March and the amount would be adjusted or reverted based on their respective arrears. In the last three months, the water board has only managed to complete seeding of about 1 lakh Aadhaar cards and only those consumers are now eligible to get the benefit of the free drinking water scheme.

As per government guidelines, all domestic-slum, domestic-individual, domestic- multi-storied building (MSB)/bulk connections are eligible for the 20 KL free water supply once they link their customer account numbers (CAN) with
Aadhaar as per G.O.Ms. No.211 (Dec 2, 2020).

Domestic-slum connections are not required to fix metres for availing the scheme, but other domestic-individual, domestic-MSB/bulk connections would get metres fixed to their connections for attaining scheme-eligibility.
However, data prepared by HMWS&SB revealed that 1.96 lakh consumers residing in the city could enjoy drinking water free of cost and get a benefit of Rs 4.78 crore per month. Another 7.87 lakh individual domestic consumers have to fix 2.20 lakh water metres, which would save them Rs 6.91 crore a month and 24,967 domestic apartments and bulk connection have to fix 17,192 metres, which would help save Rs 8.23 crore per month.

Overall 10.08 lakh consumers have to fix 2.37 lakh metres in the city limits, which would save them Rs 19.92 crore a month towards water bills.

Mamata to PM: Don’t need your advice, will win Nandigram