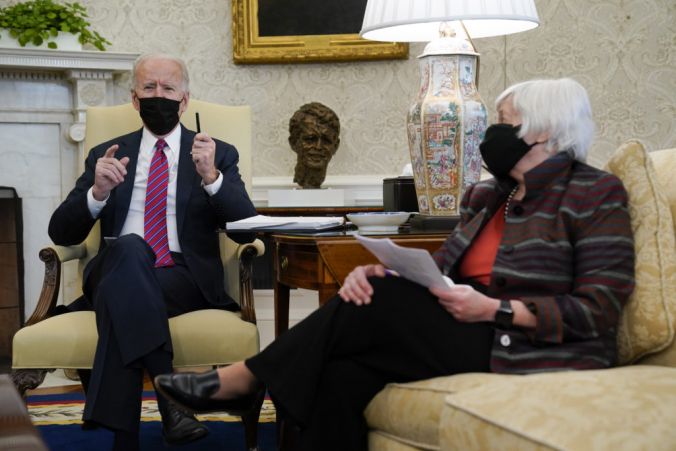 G20 finance ministers will discuss a global minimum tax to stop companies from evading taxes by establishing headquarters in countries with low corporation tax rates – a practice prevalent among tech companies which drains receipts from governments. Ireland is frequently listed amongst the countries that benefit from these corporate tax strategies.

The reform aimed at ending tax competition between countries and the use of tax havens by companies will be on the agenda of G20 finance ministers when they meet virtually on Wednesday, and the group could unveil a proposal by July.

The idea has been promoted by the Organisation for Economic Co-operation and Development (OECD) but received a fresh boost this week when US Treasury Secretary Janet Yellen said she would push for an agreement among the advanced economies in the G20.

What is being proposed?

Firstly, the OECD says large multinationals would have to pay a portion of tax based on where they sell, rather than declaring profits in the locations from where these sales transactions are managed. In the digital era these two locations are often separate.

A second part of the OECD plan is to impose a minimum tax on the profits of global multinationals. The big debate will be how the rules for such a tax are applied and what that rate might be.

What would that mean for Ireland?

For some big multinationals with European headquarters here, it would mean some profits achieved in the future would be booked in the markets where the sales are made rather than at present where they would be booked in Ireland. Ultimately that means a lower tax take for us, with the Department of Finance estimating this could shrink our annual corporation tax take by between €800 million and €2 billion.

In terms of a proposed minimum global tax, it would depend on the rate applied. If it’s above the 12.5 per cent charged in Ireland then we lose the lure of its tax policy to attract multinationals here, although it’s worth noting that tax is far from the only benefit Ireland offers to companies looking for a base in Europe.

Recently, US president Joe Biden announced a new policy approach for corporation tax that could have major implications for Ireland. Under the proposals, international earnings from US multinationals will be taxed at 21.5 per cent there, as opposed to the current 10.5 per cent charged at present.

The way the taxes are structured for these companies, as the current rate is below the Irish 12.5 per cent charge meant it had a limited impact on US multinationals here. That would change under the new system, and depending on the structures applied, it may mean US multinationals would need to make top-up payments on profits already taxed here at the 12.5 per cent rate.

What is the Irish position?

Minister for Finance, Paschal Donohoe, has said he is in favour of such a deal. This may be partly down to a desire to have an international consensus on corporation tax rather than allowing countries to impose unilateral approaches, which some are already adopting via digital sales taxes in their home markets. The fear is that unilateral approaches can lead to trade wars.