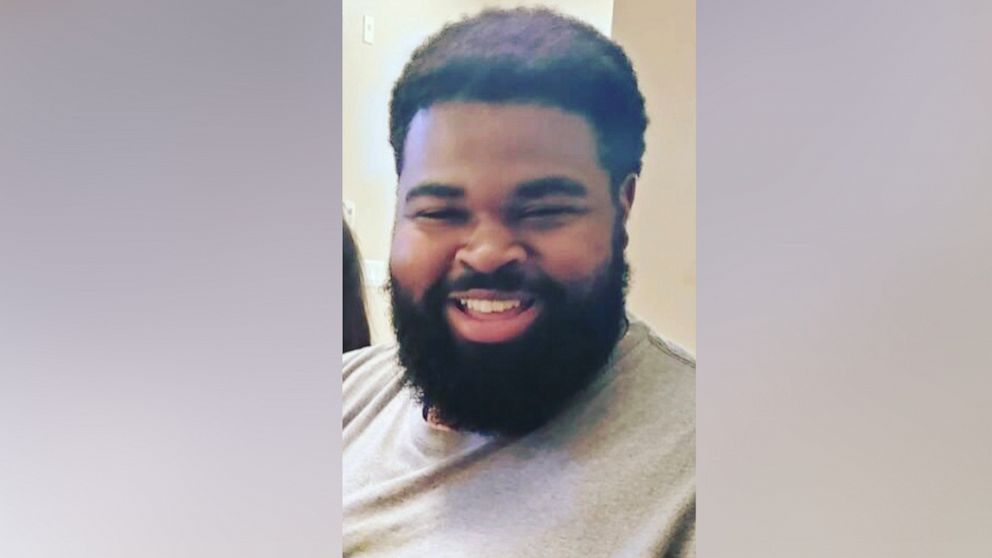 The arrest and shocking death of Marvin Scott III in police custody have put a spotlight again on the racial disparities for marijuana arrests.

Scott, a 26-year-old Black man, was arrested on March 14 on a misdemeanor marijuana possession charge in Allen, Texas. Authorities say he had less than 2 ounces of marijuana on him at the time of the arrest. Following his arrest, he was taken to the hospital for acting erratically, police said, and transported to a county jail. He died later that day.

Seven detention officers have now been fired for their alleged involvement in Scott’s death. Scott’s family says he had schizophrenia and was experiencing a mental health crisis while in custody. Officers said he began behaving strangely at the jail and they strapped him to a bed, used pepper spray and covered his face with a spit mask. The Collin County medical examiner has yet to release an official cause of death.

“He was using [marijuana] to self-medicate after being two years diagnosed with schizophrenia,” Lee Merritt, a civil rights lawyer who is representing Scott’s family, told ABC News in an interview. “Here, in a largely white area [in Allen, Texas], Marvin stood out. He wasn’t even given the benefit of the doubt as someone who needed to go to a medical facility.”

Merritt believes racial profiling and discrimination were involved in Scott’s arrest. In the United States, statistics show that there are stark racial disparities in the treatment and punishment of marijuana users. According to a study by the American Civil Liberties Union, a Black person is 3.64 times more likely to be arrested than a white person despite the fact that both groups use the drug at similar rates. In Texas, the disparity is slightly lower. According to pro-marijuana advocacy group Texas NORML, Black people are 2.6 times more likely to be arrested.

“Nobody should be dying in a jail cell because they had plants on them,” Finkel said. “It reflects what we’ve seen a lot of across the country and in Texas.”

Research done by the advocacy group found that Black residents accounted for almost 30% of all marijuana possession arrests in Texas in 2017.

Many states are moving toward the decriminalization and legalization of marijuana. New York, for example, just legalized recreational marijuana and expunged some former pot convictions. Yet some states, like Texas, continue to criminalize the drug.

In Texas, having less than 2 ounces of marijuana, as Scott allegedly possessed, is a class B misdemeanor. It can be punishable by up to 6 months in jail and a $2,000 fine.

Finkel and her fellow activists have been demanding action from the Texas state legislature on the criminalization of cannabis use, and now a Texas House committee is scheduled to review several bills that could reduce penalties for marijuana possession. One piece of legislation on the docket — House Bill 99 — would end prosecutions of people caught with less than 2 ounces of marijuana. It would also reduce the crime to a class C misdemeanor. If this bill passes, it would likely ensure an end to the arrests like Scott’s.

“I don’t want to say that’ll make it a panacea and all of a sudden racial disparity will disappear because we know there’s more work to be done,” Finkel said. “Cannabis is just one part of the conversation when we’re talking about social justice.”

Merritt said local officials have taken some steps to implement policy changes that safeguard against cases like Scott’s, but he also said there is a lot more to be done in the fight for justice.

“The [Dallas] chief of police has stated that he’s passing new policies so that if someone is found with as little marijuana as Scott was, the policy is not to arrest them,” Merritt said. “This is an opportunity to address the disparities in marijuana policing and the consequences of that. The damage that the federal government has done with the war on drugs represents ongoing policies.”

Texas NORML said those charged in low-level marijuana cases are saddled with unnecessary debt and a damaged public record.

Other marijuana-related bills in Texas are scheduled for a public hearing on Tuesday, April 6. Lawmakers will also tackle issues like penalties on marijuana concentrates, drug paraphernalia and more.

Teacher goes on racist rant, not realizing Zoom was on, mother of Black child says