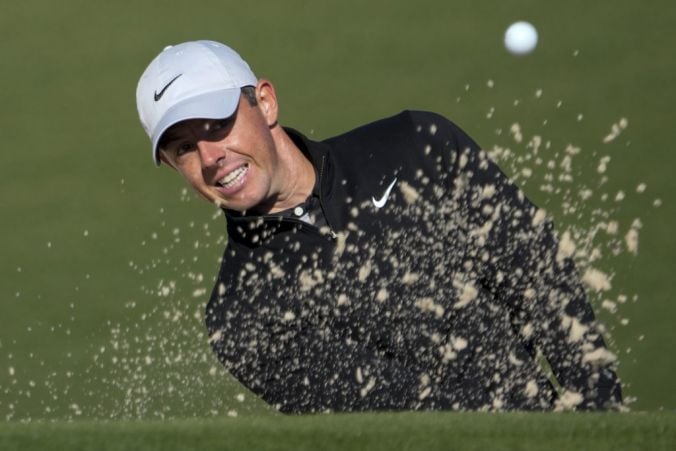 Rory McIlroy is focused on the bigger picture of his career rather than this week’s Masters, despite receiving a vivid reminder of the importance of major titles from Tiger Woods.

McIlroy needs a victory at Augusta National to join Gene Sarazen, Ben Hogan, Gary Player, Jack Nicklaus and Woods in having claimed all four major titles, but is without a win since November 2019 and has slipped to 12th in the world rankings.

Woods claimed his 15th major title in the 2019 Masters but is absent this year as he recovers from serious leg and foot injuries suffered in a car accident in Los Angeles in February.

McIlroy and world number two Justin Thomas are among the players to have visited Woods in Florida since he returned home to recuperate and McIlroy was struck by the 45-year-old’s attitude to majors compared to regular tournaments.

“I went over to Tiger’s house a few weeks ago and in his family room he’s got his 15 major trophies and I said, ‘That’s really cool, where are all the others?’” McIlroy said.

“That’s all he cared about (winning majors), so how easy must that have felt for him to win all the others? He talked about these are the four weeks that matter, so the weeks that didn’t matter he racked them up at a pretty fast clip.

“If all he cared about was four weeks a year, the other stuff must have just been like practice. That’s a cool perspective to have, right? That’s all I could think about on the way home – and I was glad he was okay too!”

McIlroy has recently started consulting renowned coach Pete Cowen on a formal basis after making the startling admission that he had damaged his swing by trying to add more length to his game, partly influenced by Bryson DeChambeau’s victory in last year’s US Open.

But Cowen is not promising any quick fixes after McIlroy shot 79, 75 to miss the cut in defence of his Players Championship title and was thrashed 6&5 by Ian Poulter in the WGC-Dell Technologies Match Play.

“I’m trying to see the big picture here,” McIlroy added. “I’m obviously focused on this week, but it’s bigger than that. It’s a journey to try to get back to playing the game the way I know that I can play the game.

Rory McIlroy sheds insight into his outlook on where his game is going. #themasters pic.twitter.com/0li1nLyNsS

“I’m actually getting away from a lot of technical thoughts. I’m actually going the other way. I feel like I’ve simplified the whole process.

“There’s been a lot of looking back to try to go forward instead of just saying, okay, this is where we are, this is the present, this is what you’ve got to work with, let’s go forward from here.

“There’s been a lot of, ‘Back in 2014 I did this or look at this’. That’s a long time ago now and you can’t change the past. It’s not as if you can just magically delve back into it and bring it all back to life.”

McIlroy’s last major victory was indeed back in 2014 and his current mediocre form means expectations of him completing the career grand slam have arguably never been lower.

“I would have loved to have done it at this point, but I realise I’ve still got plenty more years to do it,” McIlroy said. “I’d join a very small list of golfers in history that have been able to do it, so I know where it would put me in the game and how cool it would be.

“And if I can do that and get my head in the right place and feel like my game’s where it needs to be, then I have no doubt that I can put it all together.”