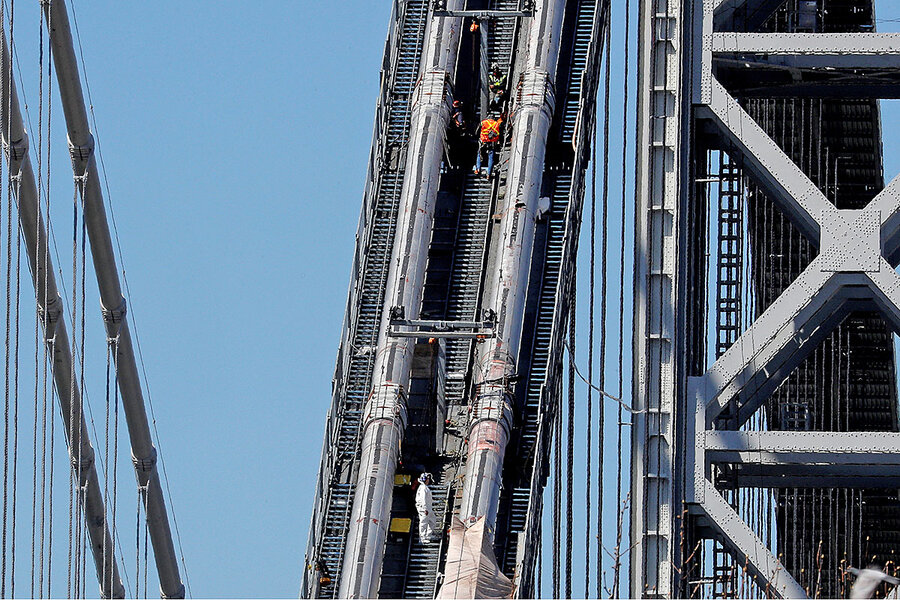 In the past, both these presidents cast themselves as budget-cutters. And their supporters in Congress have dutifully gotten behind the big spending bills. Now, on the far left, congressional Democrats are pushing for even more deficit spending in line with so-called modern monetary theory, in which deficits don’t really matter for nations, like the United States, that print their own currency. And some Republicans are sending up trial balloons advocating increases in government outlays.

How long this debt-friendly climate lasts will hinge on political and economic factors that are hard to predict. When their own party is in power, politicians on both sides of the aisle have become prone to forget about the mounting federal debt. When they’re out of power, deficits and debt take on importance as an argument against the other side’s priorities.

As the pandemic emergency passes, “the political parties will continue to do their cyclical thing: ‘Your deficits are bad. My deficits are good,’” predicts Alan Viard, an economist at the right-leaning American Enterprise Institute (AEI).

Yet for now, the pandemic and a sharp recession, coupled with a long period of low interest rates, have clearly changed the dynamics of fiscal policy.

What has changed, most notably, is the consensus among many economists. Whereas a few years ago, a key concern was the level of debt relative to GDP, with 90% to 100% considered a danger zone, now many are less worried about it.

“The economics field has shifted,” says Heidi Shierholz, director of policy at the left-leaning Economic Policy Institute and former chief economist to the secretary of labor during the Obama administration.

Clearly, the nation is piling up debt, which reached 100% of GDP last year and by 2031 was on track to reach a record 107%, even before the Biden administration’s stimulus package was passed, according to the CBO. But two things have changed.

First, interest rates have fallen to near record lows, making the cost of borrowing virtually free. That could prove a boon, especially if the money is spent on investments, such as infrastructure, that can grow the economy in the future.

Second, the slow recovery from the Great Recession has convinced many economists that the U.S. didn’t enact enough stimulus at the time. In the face of opposition from Republicans and concerned about ballooning the federal debt, President Barack Obama and then-Vice President Joe Biden cut back their stimulus proposal. Democrats don’t want to make the same mistake twice.

“We were piling up this evidence that we weren’t doing what we needed to do,” says Ms. Shierholz. “We need to deficit-spend.”

So far, President Biden is doing just that. Having pushed through a $1.9 trillion stimulus package last month, he is now proposing a $2 trillion infrastructure and green energy plan. Other expensive initiatives on health care and education are in the works.

Unusually, he is proposing tax increases on corporations and the wealthy to pay for the infrastructure package over 15 years – a sign that Mr. Biden, who spent his Senate career championing budget restraint, has not cast his lot with the far left wing in his party. This group has gained momentum in recent years with its new and unproven fiscal approach, modern monetary theory.

This view has received some validation because conventional theory can’t explain why interest rates have stayed so low while government borrowing has soared so high. But some economists liken it to the left’s version of supply-side economics, under which some conservatives have argued without evidence that tax cuts pay for themselves.

“Republicans have not exactly been ones to shy away from increased spending on national security – they’ve always had that bent,” says William Hoagland, former Republican staff director of the Senate Budget Committee and now senior vice president at the Bipartisan Policy Center in Washington. Then, he adds, a series of national crises this century – from 9/11 to the Great Recession – caused the GOP to repeatedly shelve plans to trim spending and, instead, ratchet it up, he says.

This lack of fiscal discipline was most prominent during the Trump administration, which pushed through large tax cuts without taking on major entitlement programs.

Although the proposed Biden tax increases are unpopular with conservatives, Republicans have signaled their support for parts of the infrastructure plan. Interviewed on Sunday, GOP Sen. Roy Blunt of Missouri predicted the president would have “an easy win” if he would scale back his $2 trillion infrastructure bill by two-thirds. That’s roughly the amount that the proposal would spend on traditional infrastructure.

But the Biden administration has stretched the definition of infrastructure to include building and rehabilitating housing for low- and middle-income Americans, upgrading public schools and community colleges, and expanding home-based care for seniors.

At some point, a rise in interest rates could challenge the new thinking about debt. Jason Furman and Lawrence Summers, prominent economists who have served in Democratic administrations, wrote last fall that “current projections do raise concerns over the fiscal situation beyond 2030,” but they added that “there is enormous uncertainty and … much of the issue would be addressed if necessary reforms internal to Social Security and Medicare were undertaken.”

At present, the focus is squarely on economic revival, not entitlement reform. Yet even now, the administration had to push through its stimulus program through Congress without a single Republican vote. Pundits expect an uphill battle for Mr. Biden’s infrastructure plan.

This extreme partisanship dims the prospects for tackling the nation’s deficits and debt anytime soon. “I’ve become more pessimistic in recent years because addressing this problem before there’s a crisis is going to require bipartisan agreement,” says Mr. Viard of AEI.

Partisanship may actually be making the debt problem worse.

“Polarization has killed the kinds of days we used to have where people of both parties could come together and hammer out tough deficit deals because they knew it was the right thing to do,” says Maya MacGuineas, head of the Committee for a Responsible Federal Budget, a nonpartisan, nonprofit group in Washington. “Now, party leaders and many members of the parties are so focused on every new political battle and election, they’re unwilling to do the hard work of governing. [And] politicians tend to get more support by giving things away rather than actually paying for them.”

CDC: Nearly a third of country has gotten at least one dose of Covid vaccine

‘The Eyes of Texas’: Does its origin in a racist era make it racist?