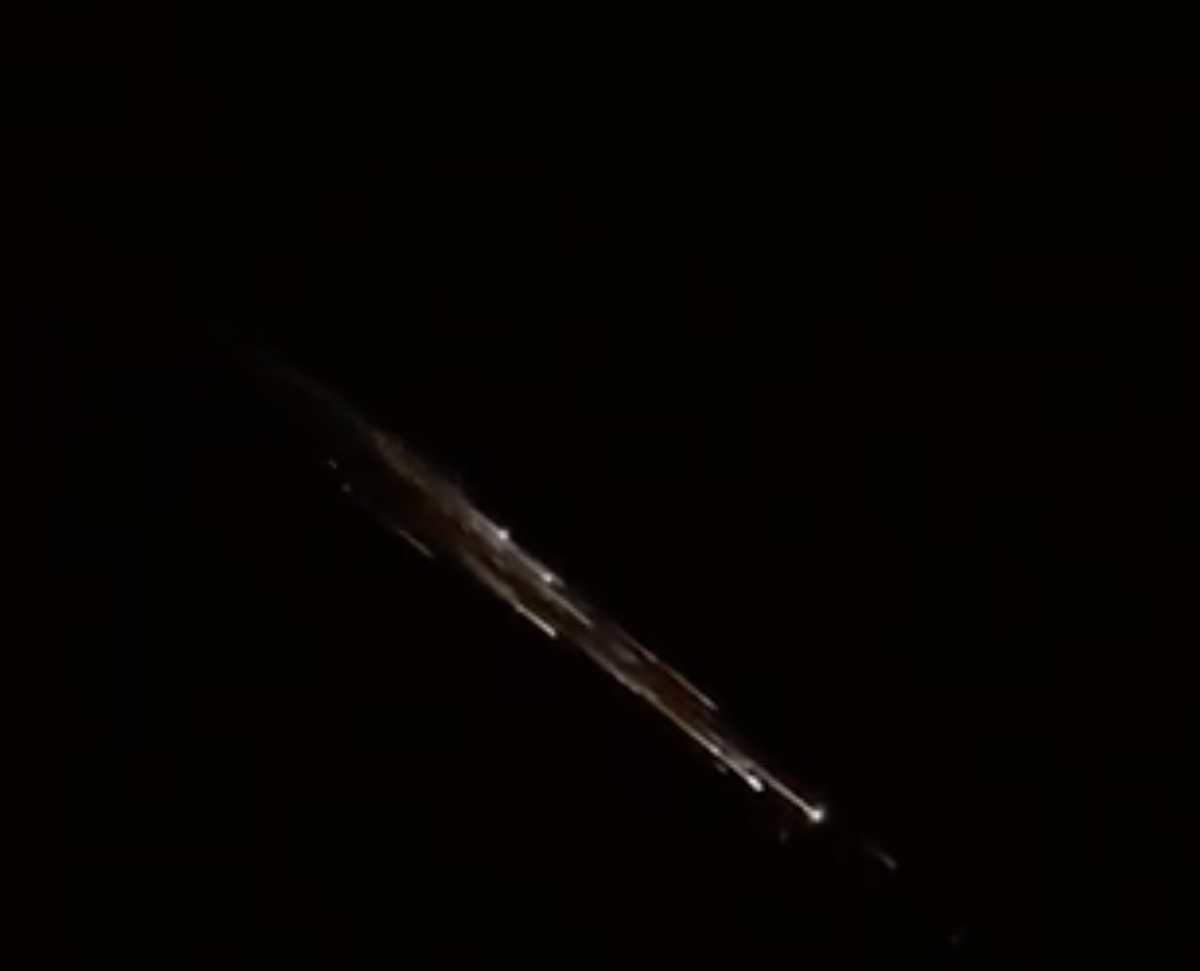 Unusual bright lights appeared over the skies of the US overnight, leaving watchers “in awe”.

Videos taken from the scene showed people shocked as the lights streaked across the sky and confused about what the lights might possibly be.

Officials and experts say that the lights are most likely the result of debris from a SpaceX Falcon 9 rocket burning up as it fell back towards Earth.

While the sight did look like an especially bright and busy meteor shower, none was forecast. And one such rocket that was launched earlier this month was supposed to make its way back to Earth but that appeared to have gone wrong.

Ummm… just caught this flying over my home in SW Portland. pic.twitter.com/CvQJwvWsyj

DID YOU SEE THIS? I have never in my life seen something so incredible. I am in awe. Just happened over Portland about 10 minutes ago. #LiveOnK2 pic.twitter.com/L9wLEXBrcW

Astronomer Jonathan McDowell said in a tweet that the rocket had been part of a Starlink launch and that its deorbit burn – to change its movement so that it would properly burn up – had gone wrong.

The Falcon 9 second stage from the Mar 4 Starlink launch failed to make a deorbit burn and is now reentering after 22 days in orbit. Its reentry was observed from the Seattle area at about 0400 UTC Mar 26. pic.twitter.com/FQrBrUoBHh

The lights were seen across the US Northwest, with videos coming from as far apart as Washington and Oregon.

The National Weather Service in Seattle said that there was no danger to people on the ground and that while it was waiting for further information it believed the objects were the result of the rocket burning up.

“While we await further confirmation on the details, here’s the unofficial information we have so far. The widely reported bright objects in the sky were the debris from a Falcon 9 rocket 2nd stage that did not successfully have a deorbit burn,” the NWS wrote on Twitter.

“Based on the observed video, this looks more likely than a bolide meteor or similar object as they would be moving far faster on impact with our atmosphere. There are NO expected impacts on the ground in our region at this time.”

In follow-up tweets, it explained what appeared to have gone wrong with the re-entry to make it burn up so spectacularly.

“As a follow up to the debris observed earlier. Here’s some more info on atmospheric re-entry. Typical manmade objects obtain low Earth orbit at speeds around 17,500 mph. As they re-enter the Earth’s atmosphere, the angle must be just right. If it’s too steep, they burn up,” it wrote.

“If the angle is too small, they risk “skimming” the atmosphere like a stone on water. Meteors, on the contrary, can easily reach the top of atmosphere at speeds greater than 45,000 mph. In addition, the angle of impact can be very steep…which can incinerate the object quickly.”