Almost 100,000 Russian troops have al had deployed ballistic missiles to the area. Senior commanders and Whitehall officials told The Mirror that the UK was on “high alert”.

They added that the situation is being monitored “with growing concern”.

An unnamed source said: “Aggressive Russian troop movements towards the border have caused a great deal of concern within the Ministry of Defence.

“The situation is being monitored constantly. I would definitely describe this as a growing crisis.”

Analysis group Janes, identified the ballistic projectiles as the short range Iskander missile system which have previously been deployed in Crimea. 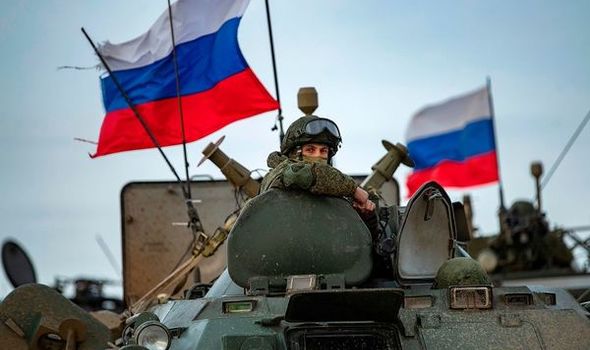 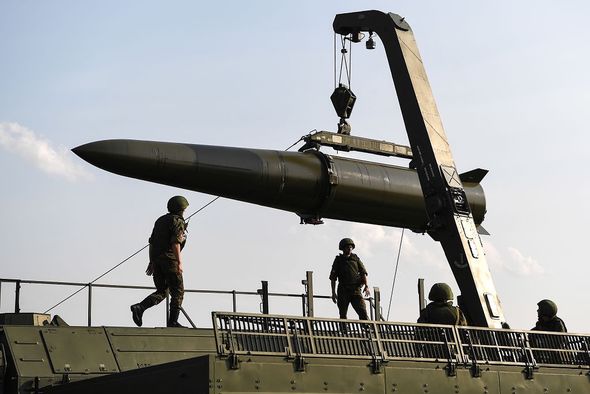 Moscow also announced the deployment of Russia’s fleet, consisting of at least ten heavily armed warships, which is expected to arrive in Ukrainian territory within a few days.

Russia’s defence ministry claimed the vessels were being moved as part of a “winter training check”.

Western nations have sounded the alarm over the situation in Ukraine with the QUINT alliance, made up of the UK, US, Canada, Lithuania and Poland, preparing to de-escalate the situation.

In a statement, UK defence Secretary Ben Wallace said: “The Quint Defence Ministers are united in our unwavering support for Ukraine’s sovereignty and territorial integrity in the face of increased Russian military activity. 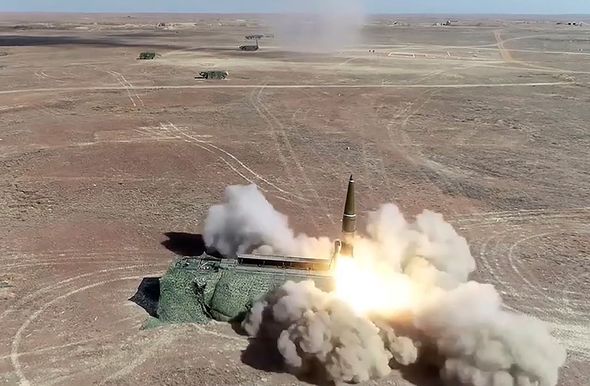 “We will work closely with Ukraine to monitor the situation and continue to call on Russia to de-escalate.”

There has been regular violence on both sides since Russia’s illegal annexation of Crimea back in 2014, but the fighting has subsided in recent years.

German Chancellor Angela Merkel reportedly called Russian president, , on the day the missiles were uncovered, in which she “demanded that this build-up be unwound in order to de-escalate the situation,” according to her office.

News of the Russian military build-up at the border was first reported last month when social media footage emerged of tanks, troops and other equipment moving south and south-west towards the border. 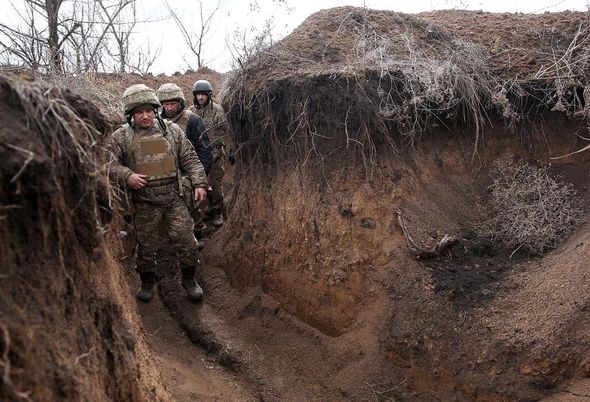 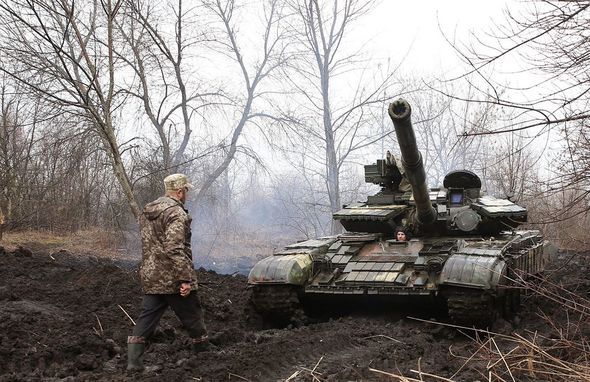 The Kremlin rejected all accusations of stirring up tensions and claimed the deployment of the missiles was purely defensive.