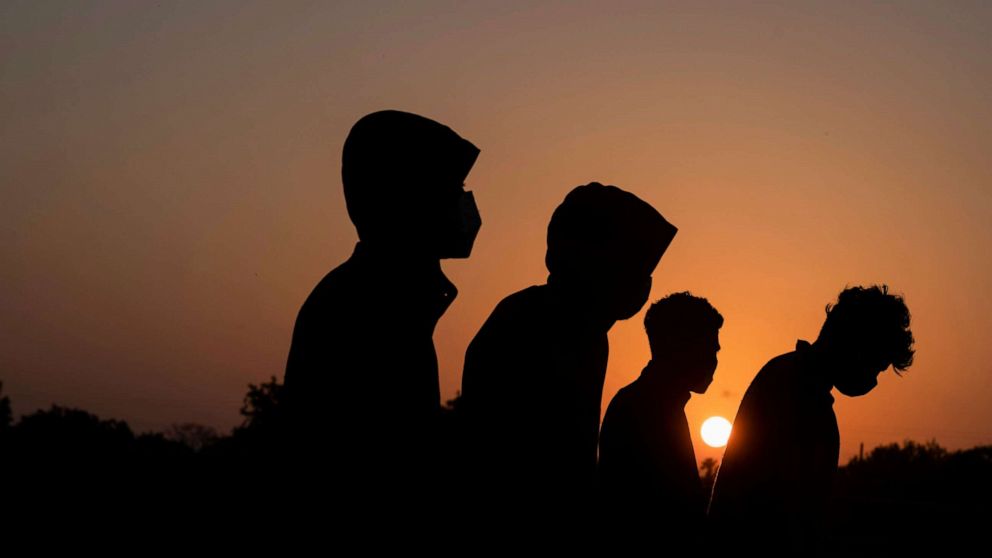 Texas Gov. Greg Abbott has urged the federal government to shut down a temporary facility that is holding scores of migrant children in San Antonio, following reports of abuse and neglect.

Abbott announced during a press conference Wednesday that he has ordered the Texas Department of Public Safety and the Texas Rangers to investigate the allegations inside the federally-run unaccompanied minor facility set up at the Freeman Coliseum, a concert and sports venue in San Antonio. The Republican governor said state officials have received complaints that include reports of sexual assault, insufficient staffing, children not eating throughout the day and children who have tested positive for COVID-19 not being physically separated from those who have tested negative.

Further details on the allegations were not provided.

Abbott described the facility as a “health and safety nightmare,” blaming President Joe Biden’s border policies and lack of planning for increased migration flows. Since taking office on Jan. 20, Biden has reversed many of the controversial immigration policies that his predecessor, Donald Trump, put in place, including the practice of immediately expelling unaccompanied children and teenagers. However, migration is driven by many factors, and the exact impact of Biden’s policies is unclear.

“The Biden administration opened the borders and failed to plan for the influx of unaccompanied children crossing the border, and now we are faced with our worst fears — allegations of child abuse and neglect,” Abbott said in a statement. “I am calling on the Biden administration to close this facility, and I am directing the DPS and the Texas Rangers to immediately begin investigating these allegations. President Biden’s disastrous decisions caused this crisis, and his administration must act now to protect these children, secure the border and end this crisis.”

Bexar County Commissioner Rebeca Clay-Flores, who has been inside the facility as both an elected Democratic official and a volunteer, said the children are offered three meals plus two snacks a day and that anyone who tests positive for COVID-19 is placed in a separate area from other children. Clay-Flores toured the facility with Abbott after the press conference, later telling reporters that she wished the governor had done so before “he politicized children.”

“What I saw when I went in there on several occasions, it was well-staffed, the children are very happy and very excited to be here,” Clay-Flores told reporters after Abbott left. “This is not a political issue. This is about children who deserve protection from adults.”

It’s the first time that state officials announced they are investigating such allegations at one of the emergency intake sites that the federal government has rapidly opened in Texas, as the United States grapples with a surge in Central American migrants arriving at its southern border. The number of children and families attempting to cross the border increased by more than 100% between January and February. Meanwhile, the amount of children trying to cross the border alone jumped by 61% to over 9,400, the highest monthly total since the spring of 2019, according to statistics released last month by the U.S. Customs and Border Protection.

Initially, 500 boys aged 13 to 17 who had arrived at the border alone were bused from El Paso to the Freeman Coliseum in San Antonio on March 29. As of Monday, the makeshift site was holding 1,370 unaccompanied minors. The facility has the capacity to house up to 2,500 children, who are eventually transferred to longer-term shelters, according to San Antonio ABC affiliate KSAT.

Housing advocates say evictions are continuing at ‘full steam,’ despite a federal ban

‘We did our part’: The overlooked role women played in the Capitol riot