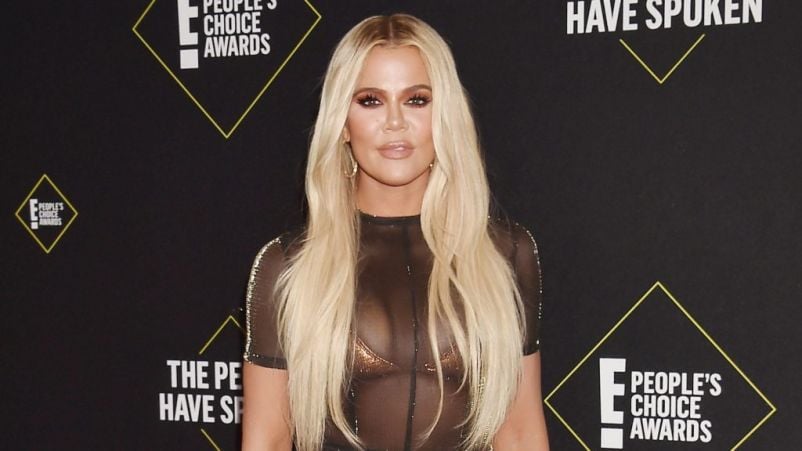 Khloe Kardashian has opened up about why she edits images of herself on social media, and the public scrutiny she endures.

The reality TV star has responded to an unfiltered photo of herself in a bikini posted online “by mistake”, that she and her team wanted taking down.

The 36-year-old explained on Instagram the unedited image is “beautiful”, but she has the “right to ask for it not to be shared”.

She wrote: “In truth, the pressure, constant ridicule and judgement my entire life to be perfect and to meet other’s standards of how I should look has been too much to bear. ‘Khloe is the fat sister.’ ‘Khloe is the ugly sister’. ‘Her dad must not be her real dad because she looks so different’ ‘The only way she could have lost that weight must have been from surgery.’ Should I go on?”

Kardashian said she isn’t asking for sympathy, but added: “It’s almost unbearable trying to live up to the impossible standards that the public have all set for me.”

She wrote: “My body, my image and how I choose to look and what I want to share is my choice. It’s not for anyone to decide or judge what is acceptable or not anymore”, and ended the statement with a direct message to others who might be struggling: “For those else who feel the constant pressure of not ever feeling perfect enough, I want you to know I see you and I understand… I have realised that we cannot continue to live life trying to fit into the perfect mold of what others have set for us. Just do you and make sure your heart is happy.”

Many of us can relate to her words. The pressure to be perfect while being bombarded with images of unrealistic bodies and beauty standards, can be overwhelming, whether you’re famous or not.

According to a survey by the Mental Health Foundation (MHF), over a third of UK adults have felt anxious or depressed because of concerns about their body image. Jane Caro, practising psychotherapist and MHF associate director of programmes, says the impact of this pressure to be perfect is “huge”.

“There isn’t a magic cure for any of this; we live in a culture that is constantly feeding us these messages about how we should be, and this idea that there is perfection we need to be aiming for – but it’s just not true,” says Caro.

Remind yourself there’s no such thing as perfection

I used to be a perfectionist. Turns out perfection doesn't exist! Now I'm a very promising good-enoughist

“One of the most important things is to use the thinking part of your psyche to remind yourself there is no such thing – there is nobody who is perfect, and actually, who wants to spend their whole time trying to get to something you’re never going to reach?” asks Caro.

This can undoubtedly be tricky, but Caro recommends identifying some of the common thoughts you might have – including, ‘I’m not good enough’ and, ‘Other people are better than me’.

“You can then start to think it through a little bit and remember that what you’re seeing on the surface with other people isn’t what’s going on, it isn’t the whole picture,” she explains. “There’s literally nobody in the world who’s got a perfect life; it’s not part of what it is to be human – [so it’s about] reminding yourself of that.”

Take back control of social media

According to the MHF, more than one in five UK adults and almost half of 18-24 year olds said social media had made them worry about their body image.

Caro recommends taking back control – perhaps by limiting the time you spend on certain apps, or being conscious of who you follow and how they make you feel. “So say you follow somebody on Facebook, but every time you go on you feel that person’s life is better than yours, or they look absolutely fabulous – remind yourself that what people are posting are the shiny sides of their life,” says Caro – everyone experiences their own unhappiness. And it’s perfectly ok to unfollow or mute them.

If you can, Caro recommends talking to others about your experiences. “One of the worst things with this is feeling isolated,” she explains. “This is such a common feeling, particularly among young people. If you have got somebody – a trusted friend or whatever – you can say: ‘Do you ever go on social media or look at adverts and not feel good enough?’

“It can be really helpful and really liberating to do that – it reconnects you with the rest of humanity, because we’re all imperfect.”

You can also call Samaritans on 116 123 to talk through anything you’re feeling.

“On a more positive note, try to put more time into thinking what it is you like about yourself,” says Caro. “It could be part of your physical appearance, but it might be personal qualities.

“It’s quite superficial being judged by the way we look – it’s important to remember you might be really kind, really empathic; you might be a great listener or somebody who’s fun to be with. It’s about trying not to get fixated on only one aspect of who we are as people, and trying to remember you’re a whole human being.”

Seven of the best podcasts about relationships

The irresistible phenomenon of vaccine teams