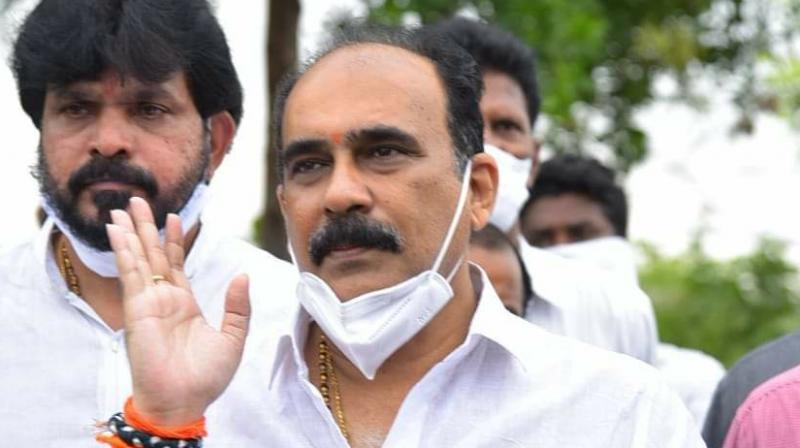 NELLORE:  Chief Minister Y.S. Jagan Mohan Reddy gave his approval for the resumption of works pertaining to the Somasila-Swarnamukhi link canal so as to put an end to irrigation ordeals faced by farmers in Rapur.

This was stated by Minister for Energy Balineni Srinivasa Reddy while addressing an election campaign, ‘YSR Congress Sankharavam’, at Rapur in Venkatagiri constituency on Monday.

Reminding that the project proposed by Dr Y.S. Rajasekhar Reddy was pending for many years, he said it is going to be a reality now following the consent given of Jagan Mohan Reddy.

He called upon the people to ensure a thumping majority for YSR Congress nominee for Tirupati Lok Sabha seat, Dr Gurumoorthy.

Speaking on the occasion, Panchayat Raj minister P Ramachandra Reddy said that many ZPTC, MPTC and sarpanch candidates in Rapur mandal have been elected unanimously because of people’s faith in Jagan Mohan Reddy’s administration. He claimed that poor people benefited in a big way through various programmes of the government and the volunteer system has been bridging the gap between the government and the people.

TTD Chairman YV Subba Reddy said that TTD would extend its cooperation for developing Penusila Narasimha Swamy temple in Rapur mandal. He added that TTD officials have been asked to prepare an action plan after conducting a survey on the amenities.

Kamalapuram MLA P Ravindranath Reddy said Gurumoorthy was a close associate of the Chief Minister and learnt about the difficulties faced by people during Jagan Mohan Reddy’s padayatra.

Venkatagiri MLA Anam Ramanarayana Reddy said the previous government had cancelled SS Canal works that had taken-off during Rajasekhara Reddy’s regime with a Rs 400-crore outlay in 2006. Now, there would be no water problems for irrigation purposes, he said.