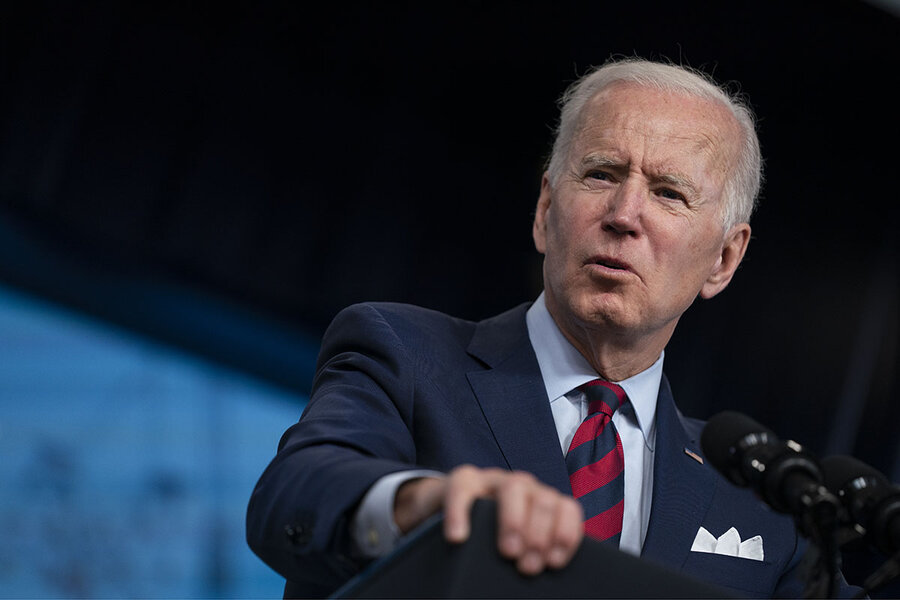 What Iran will be called on to do is more straightforward: reversing the steps it took after the U.S. withdrawal – from ramping up uranium enrichment and stockpiling enriched uranium to installing more sophisticated centrifuges – that put it in serious violation of the international accord.

But with attitudes in both countries toward the Obama-era deal having hardened, and the mistrust between the two longtime adversaries only stronger, even proponents of a full return to the Iran nuclear deal acknowledge that the road back to compliance won’t be easy.

“In many ways the political environments in Tehran and in Washington are the mirror images of each other, from hyperpartisanship in the United States to a murkier but very substantial power struggle going on in Tehran,” says Thomas Countryman, a former assistant secretary of state for international security and nonproliferation.

Both countries have powerful political forces that oppose not just a return to the deal, but also any steps that could be construed as appeasement.

Iran is in the midst of a presidential election campaign that analysts say is amplifying hard-line voices – and which could turn more sectors of public opinion against the deal over the weeks before the June 18 vote.

In the U.S., President Joe Biden might seem to be in a more favorable political situation for pursuing his oft-stated goal of a return to the Joint Comprehensive Plan of Action (JCPOA), since he is still in the first months of his presidency and is enjoying relatively high public approval.

But he hasn’t had much of a honeymoon in terms of foreign policy, analysts say, as he has faced a dressing-down from an increasingly assertive China over his “call to battle” to the world’s democracies, and pressure from thousands of migrants arriving at America’s southern border.

Mr. Biden’s return to diplomacy with Iran is not likely to be any easier than the other key foreign policy challenges he faces, given the hardened outlook toward Iran and the deal.

Most Republicans but even some Democrats have if anything become more adamant in their opposition to the JCPOA, which critics say provided Iran with a windfall of billions of dollars (mostly Iranian assets that had been held up in foreign coffers in line with international sanctions) while doing nothing to curb its provocative regional activities and ballistic missile development.

Reflecting recent assertions from congressional critics, he says returning to a deal will only embolden Iran, both in its nuclear program and in the region.

The goal of the Vienna talks, to get all parties back into full compliance with the JCPOA, is “likely to pressure Washington into granting premature sanctions relief to Iran,” Mr. Phillips adds – a move he says “will empower and enable a predatory regime that has a long record of violating its nonproliferation obligations.”

The hostile environment for diplomacy with Iran does not stop at the United States. Even the three European powers that are signatories to the deal – France, Germany, and the United Kingdom – have turned more “hawkish” on Iran, European sources say, even though they still want the U.S. back inside the agreement.

Similar to some longtime U.S. proponents of the JCPOA, America’s transatlantic allies are disappointed that Iran did not modify its regional behavior as a result of entering into the international accord – so they want now to get to a broader agreement that reduces tensions in the Middle East.

Proponents of a return to the JCPOA say Iran’s resumption of proscribed nuclear activities since the U.S. pulled out of the accord is in fact a central argument for the U.S. to get back into the deal. They note that Iran’s estimated breakout time to nuclear weapon capability increased to well over a year under the JCPOA, whereas international experts now estimate that the time Iran would need to deliver a nuclear weapon with the materials it has assembled is down to about three months.

Many JCPOA proponents say it was a “mistake” for Mr. Biden to put off a quick return to the nuclear deal, along the lines of his Day 1 return to the Paris climate accords. After all, Mr. Biden had campaigned on a pledge to rejoin the accord quickly, touting it as the best way to head off a looming nuclear crisis.

But instead, Mr. Biden and his foreign policy team focused on the “longer and stronger” and more comprehensive deal they say they want with Iran (something President Trump also said he was aiming for) while they reassured members of Congress that any deal was a long way off. Sources close to the White House say the shift away from acting quickly reflects divisions in the Biden team over the wisdom of a quick JCPOA return.

Now Mr. Biden is deep into pursuit of his top-priority domestic agenda, and even though he does not require congressional approval to lift sanctions and return the U.S. to the deal, he is now seen as loath to stir up controversial issues that could sour his relations with Congress, and particularly with his own party.

Moreover, Mr. Biden’s political path is made only more complicated by the myriad sanctions and other Iran-related measures the Trump administration imposed right up until its final days in office. Indeed, many of those actions were designed not so much to punish Iran, JCPOA advocates say, but to make Mr. Biden’s return to the deal as onerous as possible.

“What will be controversial is exactly what the Trump administration and the regime-change lobby intended to make controversial by … [blurring] the line between nuclear-related sanctions, which must be lifted under the JCPOA, and all kinds of terrorism and human rights designations under other legislative authority,” says Mr. Countryman, who is now chairman of the Arms Control Association board of directors.

Those political attacks are likely to be all the louder given the hardening of positions in Iran and an accompanying rise in conflict with American allies and interests in the region as it has become clear that Mr. Biden would not return quickly to the nuclear deal.

“There has been a shift that actually has created more distrust in Tehran,” said Vali Nasr, former dean of the Johns Hopkins School of Advanced International Studies in Washington, speaking at a University of Maryland forum before the return to talks. “They don’t see a return to [JCPOA] anytime soon, so they are engaging in behavior that is going to make it even more difficult for the Biden administration to take the first step.”

Not to be outdone by the Iranians in terms of toughness, members of Congress are letting it be known they prefer the Trump administration’s “maximum pressure campaign” to any return to Iran diplomacy.

In a statement issued Friday in response to word the Biden administration would take part in this week’s Vienna talks, Republican Sen. James Inhofe of Oklahoma warned, “As a reminder: Members of Congress rejected the JCPOA on a bipartisan basis in 2015. If you repeat history next week by restoring that failed agreement,” he added, “we will work to reject it once again.”

Housing advocates say evictions are continuing at ‘full steam,’ despite a federal ban