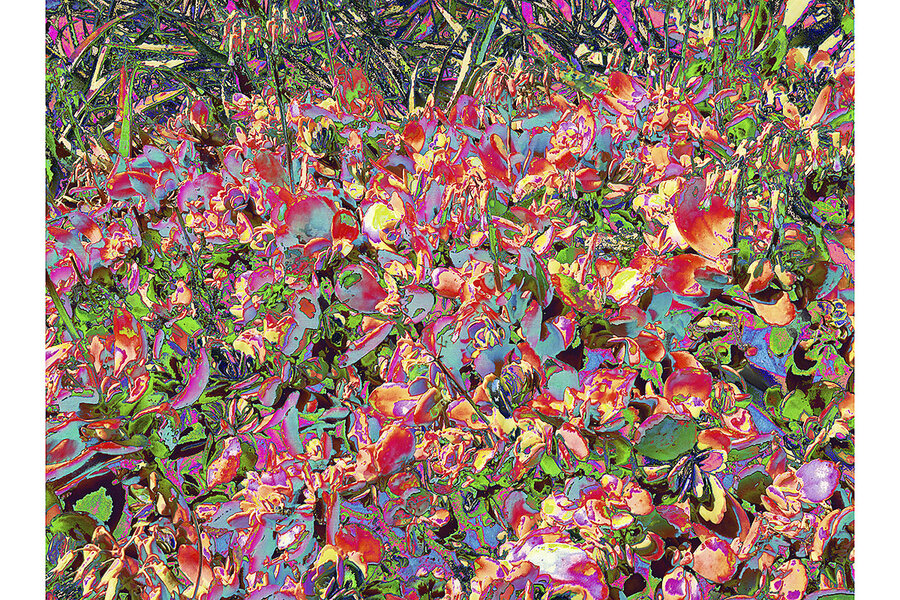 The New York City-based artist was making a point about how NFTs have upended traditional appraisals of art. Now, he muses that the several thousand dollar sale may have been too cheap.

The monetary value of expensive fine art is often driven by scarcity and uniqueness. That’s why Parisian galleries started to limit and individually number the prints they sold in the late 19th century. But rarity isn’t an inherent quality in digital art. Cyber artworks are freely accessible online (Beeple’s pricey artwork is on his Instagram account) and infinitely replicable. Yet NFTs allow their owners to claim ownership of an intangible digital asset, which, at its core, consists of computer coding. It doesn’t mean they truly possess that combination of ones and zeros any more than someone could have dibs on 2+2=4.

So what, exactly, are NFT collectors valuing? Observers say that the purchase of these digital receipts is best understood as a form of patronage – a monetary appreciation for the idea and the creator behind a piece of cyber art. The value of the NFT itself comes in the form of bragging rights for having one’s name associated with that cyber artwork. That makes it a collectable asset. The technological innovation has inverted the traditional model of the art market by attaching value to artworks that are ubiquitous rather than scarce. Consequently, NFTs have rapidly expanded the demand for digital art forms that haven’t always been valued as much as physical paintings, sculptures, and installations.

“Value isn’t based on scarcity anymore – it’s based on virality,” says Wade Wallerstein, co-director of TRANSFER, a gallery whose new digital exhibition, “Pieces of Me,” winkingly bills itself as partaking in “the aggregate hype” of NFTs. “The more places that thing exists, the more valuable it is in our current economy.”

As an example, Mr. Wallerstein points to the $590,000 NFT for Nyan Cat. The meme of the flying feline – rendered in basic, Lego-like block form – is fairly well known. That increases its value as an NFT. The owners of such works can boast that the NFT is in their digital wallet on the blockchain. Think of it as the equivalent of the description plate next to a painting in an art museum with the name of the owner who’s loaned it to the gallery.

“A lot of art collectors, as we traditionally think of them, are not really collecting NFTs,” says Brian Droitcour, an associate editor at Art in America. “The people who are collecting NFTs are the people who own a lot of cryptocurrency. And so for them, it’s probably starting an art collection, but it’s also about building a portfolio of assets on the blockchain. We saw with the Beeple sale that that work was bought by MetaKovan [Vignesh Sundaresan], who is a Bitcoin billionaire,” and also holds a large sum of Ethereum.

Traditional, older art collectors may value things that can be displayed in a gallery. But for millennials and Generation Z who have grown up in an increasingly digitized world, ownership of physical objects isn’t necessarily a high priority. Music, movies, books, and photos live in the cloud. So they’re happy to buy NFTs of cybercreations that they carry around on their phones and view on cryptoart platforms such as Foundation.app.

“They are invested in stuff. It’s just not the physical stuff. It’s stuff that they’ve been used to working with their entire life – words and pictures and ones and zeros,” says George Fifield, director of the Boston Cyberarts Gallery and founder of the nonprofit Boston Cyberarts Inc. It goes back to the theories of French American sculptor Marcel Duchamp, says Mr. Fifield, that “art is the idea, not the thing.”

The gap between the traditional art collector and the NFT collector is slightly narrower than before. The world’s two most famous auction houses, Sotheby’s and Christie’s, are now accepting bids for NFTs. And though some famous artists such as David Hockney (who creates art on his iPad) have publicly expressed distaste for the tokens, others such as Damien Hirst have just begun selling NFTs of digital artwork.

Basketball and tweets, too

It’s not just fine artists who are minting NFTs, which are now topical enough that “Saturday Night Live” recently created a sketch explaining them. You can buy NFTs for short videos of NBA stars. (A slam dunk by LeBron James can net $200,000.) They’re the new digital version of baseball trading cards. The rock band Kings of Leon sold tokens for its latest album. Twitter CEO Jack Dorsey sold his very first tweet as an NFT for more than $2.9 million – perhaps the 21st-century equivalent of a Picasso doodle on a napkin that subsequently fetches a fortune. Consequently, some observers claim that NFTs are a speculative bubble. David Gerard, author of “Attack of the 50 Foot Blockchain: Bitcoin, Blockchain, Ethereum & Smart Contracts,” went even further by calling NFTs “fraudulent magic beans” in a blog post. That might explain how someone was able to sell a recording of his flatulence as an NFT for $85.

Part of the culture of the cryptoenthusiasts who mint NFTs has been bypassing the gatekeepers of the art world, says Mr. Schachter, the veteran digital artist and columnist for ArtNet. But now NFT brokerage houses are having to act as gatekeepers themselves. They have suddenly been deluged with requests from late-adopter artists.

“It’s so important to me democratically, nonhierarchically speaking, that my work is disseminated to all and anyone who wants to see it,” says Mr. Schachter, who is curating an NFT exhibition called “Breadcrumbs,” opening April 23 at the Nagel Draxler gallery in Cologne, Germany. “Breadcrumbs” resembles a traditional art exhibition with physical representations in the form of computer monitors on walls, installations of text, and 3D prints made from digital files. “There’s no metaphysical difference from my art that’s on Vimeo or you buying my NFT. It’s just that you’re buying this certificate of authenticity from the blockchain, or from Nifty Gateway, or SuperRare, and that’s something that can be bought and sold and traded.”

Mr. Schachter says a lot of digital art on the NFT market looks like a screensaver, video game stills, or something painted on the back of a van. But he says that the quality of digital art is only getting better. The vast majority of NFT art is trading for between $100 to $2,000, says the artist. Importantly, the NFTs offer an opportunity for digital artists to make money.

“Our work is real”

Case in point: Longtime digital artist Auriea Harvey only started selling digital tokens for her work fairly recently. She first learned computer coding while studying traditional sculpture at the Parsons School of Design in New York City in the early 1990s. Nowadays, she creates sculptural forms on a computer, brings them into material existence with a 3D printer, and then overlays them with additional organic materials. She sells the original digital sculptures as NFTs. They’re a welcome innovation for digital artists who have often been expected to work for free, says Ms. Harvey. The tokens are a way for lovers of digital art to forge a connection with a wider community as well as the artist.

“People who are going to be the collectors – the true collectors – of digital work are the ones who are really supporting the artists, their concepts, their ideas, and not really thinking about the art objects, but thinking about ‘what is this creator doing?’” says Ms. Harvey, whose current solo show, “Year Zero,” at Bitforms gallery in New York, displays both her physical and digital work.

Like Mr. Wallerstein at the TRANSFER gallery, Ms. Harvey believes that NFTs have great potential for establishing custodial care of digital work. As part of the contract of ownership, digital creators can stipulate that owners are responsible for renewing the websites that the work resides on and that the work will be available online for perpetuity. Even so, Ms. Harvey describes ownership of art via NFTs as a mysterious belief system given that it’s impossible to truly own the original code for the work. Every time you load a browser page with a digital image on it, it’s making a copy of the JPEG, she observes.

“I’m willing to suspend my disbelief enough to like to do that if it furthers the goal, or my goal, of seeing digital art as being seen seriously as a legitimate cultural form,” says Ms. Harvey. “In some ways, it took the money for the art world to listen to what digital artists were trying to say all along, which is that our work is real.”

‘Not all has withered’: A poetry month tribute to Paul O. Williams

Conversation starter: Why we mirror speech

What’s streaming? Documentaries with a point of view.