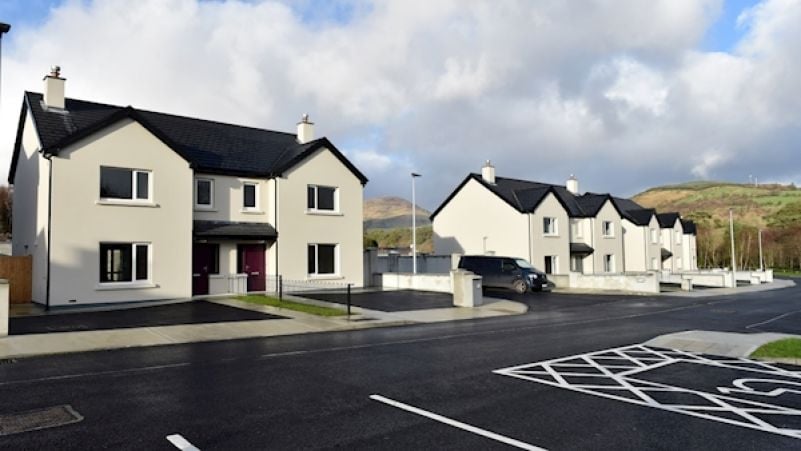 Prices remained flat in the first three months of 2021, with a 1% rise in Dublin

House prices are up 4.2% on last year, according to a new report from myhome.ie, although figures for the first three months of 2021 show that while prices rose 1.1 per cent in Dublin, outside the capital prices declined 0.4 per cent.

The report says the mix-adjusted asking price for new sales nationally is still €284,000. In Dublin the asking price is €396,000, while outside the capital it’s €236,000. Newly listed properties are seen as the most reliable indicator of future price movements.

So far this year there have been 9,032 residential transactions worth €2.9 billion, with the number of transactions in the first three months up 2.5% on the same period in 2020.

The report found that in the Dublin commuter belt, “the data still suggest that prices are relatively subdued”, while prices were down on the year in four of the remaining counties in Leinster.

“Price inflation for four-bedroom, semi-detached houses was positive in 16 counties, flat in two and negative in the remaining eight,” the report states.

According to the report’s author, Conall MacCoille of Davy, a striking feature of the report was how housing market activity had persevered through the third lockdown. “Remarkably, new listings for sale in the first quarter were down only 30% compared with 2020 versus 80-90% annual falls during the first lockdown.

“All the data suggests that housing market activity should bounce back rapidly once the restrictions are lifted. Mortgage approvals in January were up 12% on the year, with the average approval up 8% to a fresh cyclical high of €256,000. So, there is no evidence of tightening credit conditions holding back homebuyers,” he said.

Angela Keegan, managing director of MyHome.ie, said that interest in the property market was at a historic high and as such it was imperative that the supply issue be dealt with. “Traffic through the MyHome.ie website is up 13-30% on different metrics, such as users, sessions and pageviews. As such, it is crucial that the construction sector be allowed to return to normal activity in order to address this obvious demand and safeguard the market as we emerge from Covid.”

Amazon warehouse workers in Alabama vote not to form a union

The biggest missed opportunities in the history of Dragons’ Den