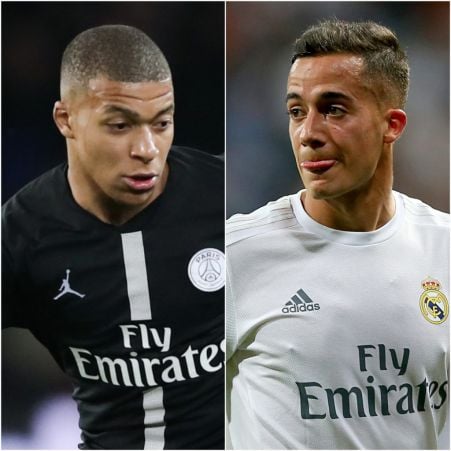 His contract expires in June 2022 and the Ligue 1 side may not want the Frenchman to enter the final year of his deal, preferring to cash in over this summer.

Kylian Mbappe’s future has been called into question, with the Daily Telegraph reporting the 22-year-old is holding off on signing a new deal at Paris St Germain. His contract expires in June 2022 and the Ligue 1 side may not want the Frenchman to enter the final year of his deal, preferring to cash in over this summer.

Manchester United and Chelsea are both interested in Real Madrid’s Lucas Vazquez, whose deal runs out at the end of the season, says the Sun.

Manchester United will consider making a summer move for Joachim Andersen, Metro writes. The 24-year-old centre-back is currently on the books of Lyon but has starred for Fulham on loan this season. But Tottenham could look to scupper United’s attempts to sign the Denmark international, with Jose Mourinho keen on beefing up his defence with the £25million man.

Solskjaer 'adores the qualities' of Dejan Kulusevski as #MUFC add to shortlisthttps://t.co/uSuG8EqqB6 pic.twitter.com/cyAk3lbSJo

Rafa Mir: Sevilla could look to make a move for the Wolves striker who is currently on loan at LaLiga outfit Huesca, writes La Razon.

Vinicius Junior: Real Madrid are prepared to use their 20-year-old forward as a makeweight in transfer deals over the summer, says El Chiringuito.

Harry Chapman: The Blackburn winger will be leaving the Championship club in the summer with a number of sides said to be interested in the former England under-20 international, according to the Daily Mail.

The Masters: Ian Woosnam thought about withdrawal after mid-round injury at Augusta National