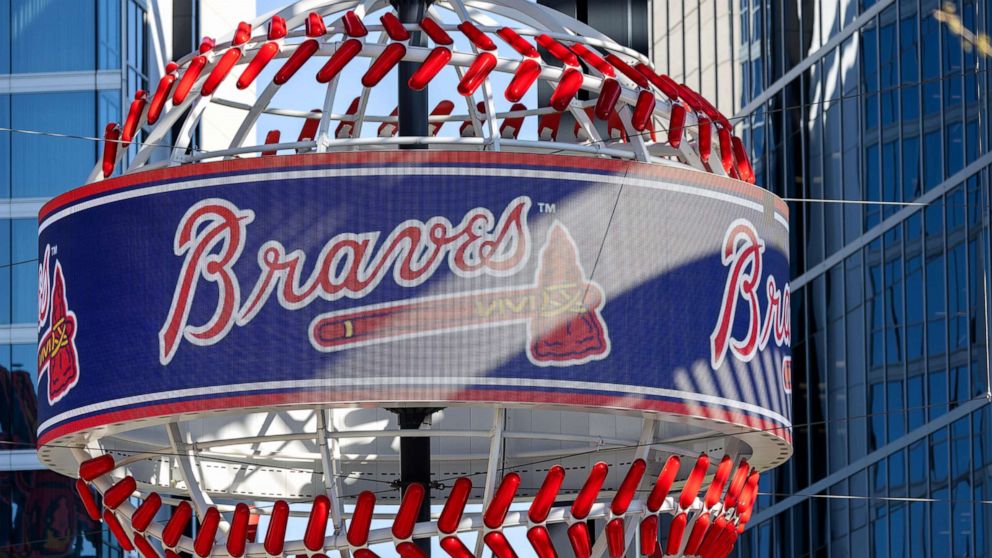 It’s a debate that’s fundamental to democracy, and it’s playing out at the state and federal levels in much different directions.

But it may not be possible at this moment to even have a true debate over voting rights. The politics of the issue has been upended in recent days — and if there’s a squeeze on corporate entities, the folks at Major League Baseball might know a thing or two about that.

The belated condemnation of Georgia’s new voting law — capped by MLB’s decision to pull the All-Star Game from Atlanta this summer — shows how major businesses are calculating that neither silence nor nuance works on the most charged and polarizing issues of the day.

Speaking of lack of nuance, former President Donald Trump is back in the conversation, calling for the very boycotts some progressives favored just a few days ago. Discussion of the right to vote is now mixed up with conservative cries of “cancel culture” and calls for scrutiny on corporate relationships with China.

Trump is engaging while continuing to peddle falsehoods about the last election. But even some prominent supporters who have refused to go there are slamming President Joe Biden for exaggerating the potential impact of Georgia’s law.

“He is lying to cause racial divisions in this country,” Chris Christie, the former New Jersey governor and ABC News contributor, said of Biden on ABC’s “This Week” Sunday.

States including Iowa, Georgia, Kentucky, New Jersey and Virginia have already settled on new voting laws, with outcomes that reflect the different states’ political tint. But the debate is hot and could easily become overheated in states including Texas, Arizona and Florida, as well as in Congress, where the House-passed voting bill awaits Senate action.

Big businesses are off the sidelines. But the rules of the game may be changing.

A coalition of more than a dozen advocacy groups focused on women and caregivers has launched a multimillion-dollar effort dubbed #CareCantWait, pressuring the Biden administration to include paid family and medical leave, subsidized child care and a $450 billion investment in creating a million union caregiving jobs in recovery legislation.

Biden’s infrastructure plan, which includes a significant focus on job creation, devotes money to upgrading child care facilities and acknowledges that childcare could be a driver of employment for women. It doesn’t provide solutions to address the high cost of childcare or acknowledge that caregiving amid pandemic-related shutdowns disproportionately drove women from the workforce, though White House officials said child care will be part of the second component of the plan.

During congressional testimony in February, Federal Reserve Chair Jerome Powell said the lack of child care policy has put the U.S. behind many other nations in terms of female participation in the workforce.

“Our peers, our competitors, advanced economy democracies, have a more built-up function for child care, and they wind up having substantially higher labor force participation for women,” said Powell.

Biden has referred to this infrastructure plan as a “once-in-a-generation investment in America” and advocates said they’re going to push to ensure that the nation’s women — who are the backbone of America’s so-called “caregiving infrastructure” because they take on the majority of caregiving responsibilities — are included.

The TIP with Zohreen Shah

This week, California’s restrictions drop down another tier, enabling more businesses to either open or expand capacity — a welcome change for Californians and the state’s politically embattled governor alike. The loosening restrictions in the pandemic’s hardest hit state track with vaccinations ramping up. So far, nearly 20 million Californians have received at least one dose, and Gov. Gavin Newsom is now among them.

Just last week Newsom expanded eligibility to people over 50, and has been traveling the state pushing for more vaccination sites to open as he prepares to expand vaccine eligibility to those 16 and above later this month. In an interview with ABC News, he said preventing a coronavirus rebound is one of his top priorities. Without continuing the proper precautions, Newsom warned: “This thing could blow up quickly, particularly now with over seven variants.”

Since mid-January, the state’s seven-day average of cases has declined by over 94%, and the stakes for Newsom to keep those numbers dropping couldn’t be higher. His handling of the pandemic is one of the reasons that led to the most recent recall effort against him. Organizers report 2.2 million people have signed a petition to trigger a recall election.

“This is really an assault on California values, and I hope we can stay united,” Newsom told ABC News. If roughly 1.5 million signatures are verified, the recall proposal will be placed before voters on the ballot — the ultimate test for the governor’s call​ for unity.

ABC News’ “Start Here” podcast. Monday morning’s episode features ABC News’ Stephanie Ramos, who joins us from Manatee County, Florida, where evacuations are underway ahead of a possible wastewater reservoir breach. ABC News Chief Investigative reporter Josh Margolin tells us what we know about future of security at the U.S. Capitol following another deadly incident. And ABC News Political Director Rick Klein tells us how Republicans are responding after Major League Baseball moved the All-Star Game out of Georgia in response to the state’s new voting laws. http://apple.co/2HPocUL