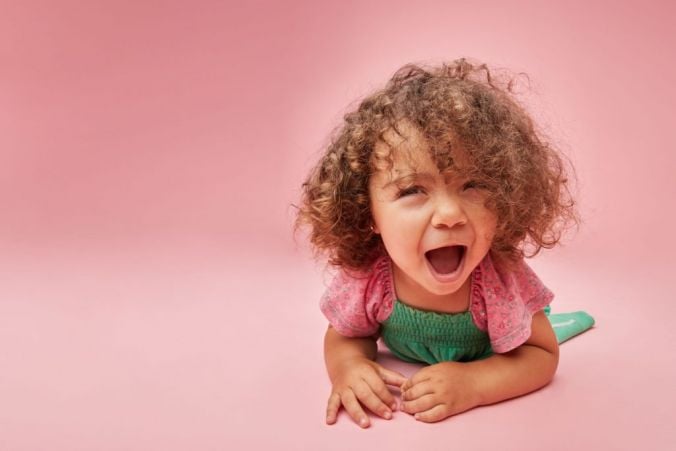 Michaeleen Doucleff has travelled the world investigating how ancient cultures parent their children for her new book Hunt, Gather, Parent. She says: “When a toddler has a tantrum, as a parent, all we want to do is help them (and make the noise stop as quickly as possible). So our knee-jerk reaction is often to issue many verbal instructions, including requests like, ‘Please stop crying’, questions like, ‘What’s wrong?’, and logical explanations like, ‘We already have an ice cream – why do we need two?’

“There’s one big problem with this approach: it can make a child’s tantrums worse.  In many cultures around the world, including the Inuit in the Arctic and Hadzabe in Tanzania, parents take the opposite approach – they interact with an upset child from a place of the utmost calm.

“When a child’s upset – crying or screaming – these parents say very few words and make very few movements (words and movement are stimulating). And they show very little expression on their faces (again, emotion is stimulating). Parents approach the child the way you might approach a butterfly on your shoulder: gently, slowly, softly.

“This calmness helps the child find the same response in themselves. Why? Children’s emotions and energy level mirror those of their parents, neuroscientists and psychologists have found. The human brain contains neurons and circuitry with the sole purpose of mirroring other people’s emotions.

“So if you want your child to have high energy, then have high energy yourself: give them instructions, talk to them with urgency, raise your voice, repeat your request, be intense.

“But if you want your child to be calm, be calm yourself: be quiet, be still, be tender.

I've definitely observed improvement in my relationships with the boys this week after reading this. Plenty of positive ideas to try out. 4/5 #johndsbookclub pic.twitter.com/06mUxcUfJI

“Stand near the child to show them you’re there for them. Maybe, if needed, touch the child lightly on the shoulder. But otherwise, show them how to be calm instead of telling them about it.

“The sheer act of the parent being calm has a massive influence on an upset child, psychologists have told me, not just in the moment, but over the long run. Every time the child goes from being upset to settling themselves down, they practise this skill. Over time, the child learns to calm down without the parent’s aid. Their tantrums will happen less frequently and, when they do arise, they’ll resolve more quickly. Eventually, after a few months, they almost disappear completely.”

All the best bits about running in the springtime

Seven of the best podcasts about relationships