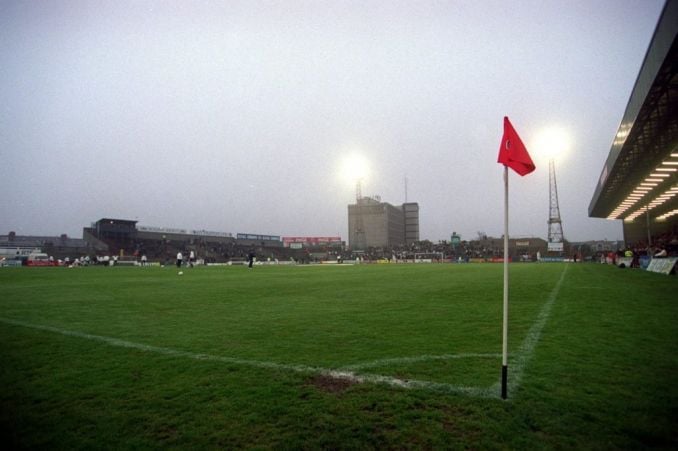 Dublin City Council has announced an agreement for over €900,000 in additional funding for the redevelopment of Dalymount Park.

Dublin City Council has announced that a grant agreement has now been signed for funding of over €900,000 for the redevelopment of Dalymount Park.

The agreement was signed with the Department of Tourism, Culture, Arts, Gaeltacht, Sport and Media in relation to the Dalymount Park Redevelopment Project.

The allocation of €918,750 from the Large Scale Sports Infrastructure Fund (LSSIF) will part fund the design and planning elements of the project.

During this process there will be consultation with all the relevant stakeholders including both Bohemian FC and Shelbourne FC and the wider North Dublin Community.

The current plan is to develop:

Lord Mayor of Dublin Hazel Chu said “the redevelopment of this iconic stadium will provide a modern facility that will not just be of benefit to Bohemian FC and Shelbourne FC but the wider Dublin Community through the provision of a state of the art multi-functional facility”.

Minister for Sport Catherine Martin said: “I am delighted that work is progressing on the Dalymount Park project. The funding being provided by my Department will allow the detailed design work to be completed and I look forward to further engagement with Dublin City Council when the project is ready to move to the construction stage. While it is particularly significant for the soccer community, the project will benefit the entire community and play a significant part in the regeneration of the Phibsborough area.”

Shelbourne FC welcomed today’s announcement and, as co-anchor tenants in this project with Bohemian FC, “look forward to working closely with them and Dublin City Council to achieving the common shared vision of providing both team’s supporters with the most modern facilities available and a Stadium that will enable them to grow further as Clubs”.

Daniel Lambert, chief operating officer of Bohemian FC said: “Bohemian FC welcomes today’s announcement which now brings us to the penultimate, and one of the most exciting stages of this process, the full redevelopment of Dalymount Park which began with the members of Bohemians voting to transfer ownership to DCC in 2015. We look forward to engaging, alongside Shelbourne FC and the wider community, with the design team, to realise and deliver a world-class stadium in the heart of Dublin City.