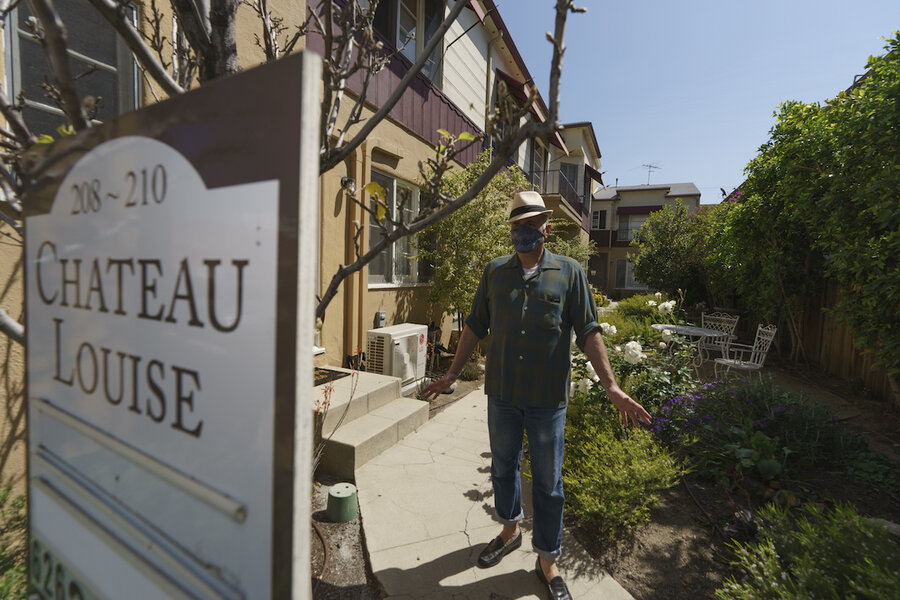 Nathan Long and Lili Chin have struck out so far in their four-month search to find an affordable home in the Los Angeles area – a cold streak that threatens to mess up their anniversary plans.

The housing market has been a pillar of economic strength during the pandemic, but many would-be homeowners, particularly first-timer buyers such as Mr. Long and his wife, have met with frustration because of a low number of homes for sale and consistently rising prices.

The couple made a major concession to the virus pandemic in August when they got married via Zoom. They planned to make up for the lack of in-person nuptials by hosting a wedding party at a new home on their one-year anniversary. But so far, the market won’t cooperate.

“We go out and we don’t find many places at all,” said Mr. Long, a video-game writer who rents an apartment in the L.A. suburb of Glendale. “I’m not hopeful that we will find anything for a while.”

Homebuyers in the United States are facing the most competitive housing market in decades this spring. To put that in perspective, the inventory of homes for sale nationally fell to a record-low 1.03 million units by the end of February, or about 30% below what it was a year earlier, according to the National Association of Realtors. That amounts to a two-month supply, well short of the six-month supply economists say is needed for a balanced market. Homes in February typically sold within just 20 days of hitting the market.

Meanwhile, the national median sale price of a single-family home climbed nearly 15% to $315,900 in the last three months of 2020, according to the NAR. That works out to about four times the U.S. median family income of $77,774, according to data from the Realtors group. The gap can become a chasm in cities like Los Angeles or Boulder, Colorado, where home prices can be double the national levels.

So, from Los Angeles to Boston, those homes on the market are selling in a heartbeat, often fetching multiple offers well above what the owner is asking. A surge in millennials eager to become homeowners, plus a growing number of people who work remotely and are able to move to more affordable areas, are expected to keep the market running hot.

Homebuyers still have low mortgage rates on their side, providing them with a measure of financial flexibility, though rates have been creeping higher. The average rate on the benchmark 30-year loan moved above the 3% mark early last month for the first time since July 2020. It stood at 3.13% this week, according to mortgage buyer Freddie Mac, though that’s still down from 3.33% a year ago.

“We expect homebuyer demand to remain strong this spring, but it will be tested by higher mortgage rates,” said Danielle Hale, chief economist at Realtor.com.

The ultra-competitive housing market trends are prompting many aspiring homeowners to flee pricey coastal markets for the Midwest and South. For millions of Americans, the pandemic normalized working remotely and that trend helped power U.S. home sales last year to the highest level since 2006, the height of the last housing boom.

John Badalamenti and his wife, Brittany, moved out of their San Francisco apartment last year and spent several months, their baby daughter in tow, checking out San Diego, Miami, Austin, and other cities, as they considered where to settle down and where they could get the most home for the money.

The couple ended up in Charleston, South Carolina, where a few weeks ago they landed a five-bedroom, five-bathroom house with a pool that was listed for just over $1.8 million.

Mr. Badalamenti, who led a design team for a ride-hailing company that allowed remote work and now has co-founded a video chat company, said the couple didn’t want to risk losing out to a rival buyer. So, they made an all-cash offer that matched what the seller was asking.

Finding a similar property in the San Francisco area could have cost as much as double what the couple paid in Charleston, said Mr. Badalementi. “That was a big factor in making this decision.”

Glenn Kelman, CEO of real estate brokerage Redfin, says the influx of relocating buyers has contributed to soaring home prices in markets such as Tulsa, Oklahoma; and Buffalo, New York.

The percentage of Redfin customers who are moving across the country now is 31%, up from 26% a year ago, Mr. Kelman said, noting that the trend is stronger in metropolitan areas. Among the cities that come up in Redfin home searches by people living elsewhere are Las Vegas, Dallas, Phoenix, Atlanta, Miami, and Sacramento, California.

Mark Wolfe, a broker-owner with Re/Max in the Dallas area, jokes that 1 in 10 homebuyers there now is from California.

“Dallas is about as Southern as Minneapolis anymore,” he said, noting that the price increases that have resulted from the influx of buyers from other states makes it tougher on local buyers. His advice to them: Make your search area much wider.

Among the winners in the current market are homeowners like Fiona Walsh in Cambridge, Massachusetts, who is cashing in on the increased equity in her home and buying a new one.

“It’s nice to now be able to take the next step, which is not a huge step in terms of size and space, but gives me an opportunity to kind of leverage this condo to find something that’s a little bit bigger,” said Ms. Walsh.

The hurdles to homeownership remain highest for first-time buyers who don’t have profits from a prior home sale to compete in bidding wars. Their inability to find an affordable home is likely to widen the financial gulf between perennial renters and homeowners, who have reaped a windfall in equity gains over the past decade.

“For first-time buyers, it’s kind of a nightmare,” said Redfin agent Kristin Lopez, quipping that a buyer is “basically giving your first-born child away to make this work.”

Some buyers in Boise, for example, are agreeing to pay $100,000 over the asking price and waiving their right to an appraisal and home inspection, said Ms. Lopez, who represents mainly out-of-state buyers.

The nation’s shortage of homes for sale has been worsening for years. Rising home values and low mortgage rates have motivated many homeowners to stay put and remodel their homes, rather than put their homes up for sale and move. New construction, a small fraction of the overall housing market, has been increasing, but not significantly enough to balance the supply-demand equation in much of the country.

The pandemic has made the low supply of homes for sale worse, real estate agents say, because some sellers don’t want to allow prospective buyers in their homes. Plus, many homeowners are staying put after refinancing to a lower mortgage rate and cashing out equity to spruce up their homes.

But in areas where builders are putting up more homes, buyers like Kevin Muglach are at least able to sidestep the bidding wars of the resale market.

The tile installer, who had been living with his parents and saving up for about a year for a down payment, landed a three-bedroom, three-bath new-construction home in Orange City, Florida, near Orlando, after bumping up his price range to $230,000 from around $200,000.

Mr. Muglach said a number of homes he looked at sold in a day. He might have given up, save for some motherly persuasion.

White supremacists, extremists may use Chauvin trial to further their agendas: DHS

Toxic wastewater reservoir in Florida on brink of collapse; state of emergency declared

Is the political scandal dead? Gaetz, Cuomo scoff at resigning.