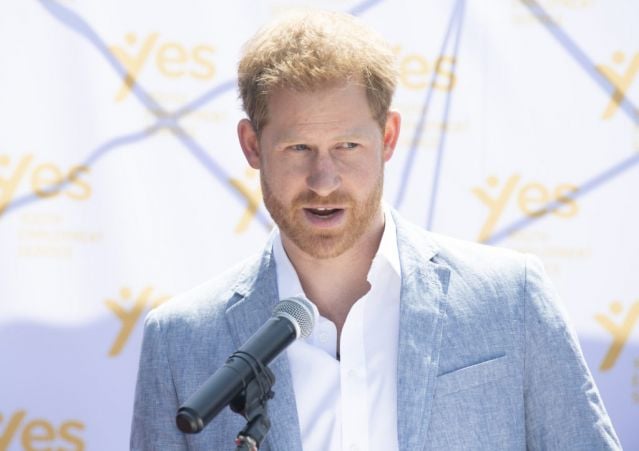 Harry is living in the US with his wife Meghan Markle and has not returned to the UK since stepping down as a senior royal just over a year ago.

Funeral arrangements for Philip, who died on Friday morning at the age of 99, have yet to be confirmed, but it is likely Harry will be among the small number of mourners, the PA news agency understands.

It is not known at this stage whether Meghan, who is pregnant with her second child – a daughter, will accompany him.

During England’s national lockdown, funerals can be attended by a maximum of 30 people.

It would be the first time Harry has joined the British royal family since Megxit and also since his and Meghan’s bombshell interview with Oprah Winfrey in which they accused the royals of racism and the institution failing to support a suicidal Meghan.

The two-hour interview was aired while Philip was in hospital after surgery on his heart.

Queen Elizabeth issued a statement saying “while some recollections may vary”, the issues would be taken “very seriously”, but dealt with privately as a family.

Prince William, in a rare move on a royal engagement, spoke out publicly saying “We’re very much not a racist family”, as the royals’ ability to carry out official duties linked to diversity, inclusion and mental health was called into question.

Harry told Oprah Winfrey that he felt let down by his father the Prince of Wales and that “there’s a lot of hurt that’s happened” between them, and that his relationship with his brother William was “space” but he loved him to bits.

Under current rules, mourners coming from outside England are required to self-isolate from arrival and for the first full 10 days after they arrive.

But Harry would be entitled to leave his place of self-isolation on compassionate grounds to attend the funeral.

He could also be released from quarantine if he gets a negative private test on day five under England’s test to release scheme.

Given his status as a member of the British royal family travelling to support Queen Elizabeth, Harry might be considered exempt from travel restrictions.

Who’s who in the British royal family