The Turkish government has cut the water supply to the Chinese embassy in Ankara, following an online spat between the two countries. The extraordinary move comes as a dispute blew up between Turkish and Chinese politicians about the Chinese governments treatment of the Uyghur population in Western China. A Twitter war erupted with both sides exchanging insults on official government accounts which led to Turkey taking action and cutting off water to the embassy.

The bizarre turn of events spun out of control after Turkish politicians criticised China for its treatment of Uyghurs.

Back and forth arguments took place between the two nations online with insults thrown from either side criticising and defending claims against each other.

One Turkish politician Marel Aksenar even tweeted a photo that the Xinjiang province.

She said: “East Turkestan will definitely become independent one day” with a picture of the Xinjiang flag. 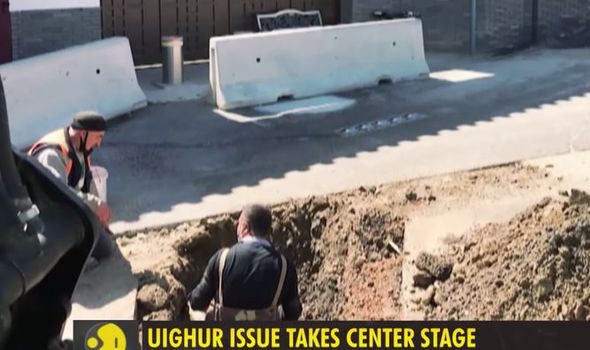 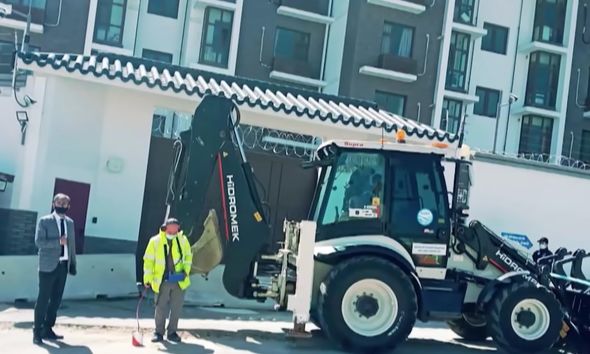 Other Turkish politicians followed suit in a move that infuriated the Chinese Embassy in Turkey before they responded angrily on Twitter.

The account erupted in response, saying: “The Chinese side resolutely opposes and strongly condemns any challenge by any person or power to China’s sovereignty and territorial integrity.

“The Chinese side reserves the right to a justified response.”

The situation boiled over and Ankara decided to plug the water supply into the Chinese embassy prompting further anger from the Chinese. 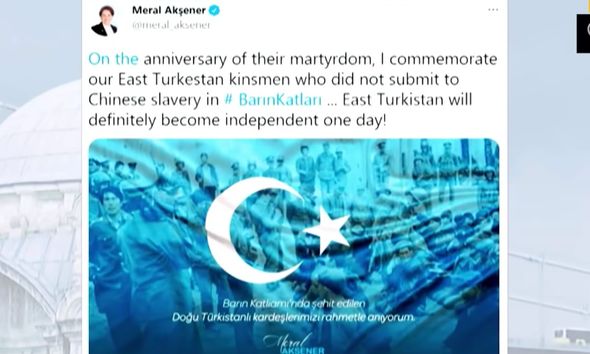 The bizarre action taken by Ankara comes as China asserts itself across the world in acts of heavy-handed diplomacy and aggression.

China has been accused of detaining millions of people in ‘re-education’ camps and of genocide.

First-hand accounts from Uyghurs who have been detained inside the camps report systematic rape, torture, sterilisation and beatings.

The British government have condemned China and recently placed sanctions on a number of Chinese officials, freezing their assets and business interests.

But China responded and banned a number of British officials from China, including former Work and Pensions secretary Iain Duncan Smith who voiced his concerns for the Uyghur people.

He said he wore the ban as “a badge of honour” and will continue to speak out against the terrible treatment of the Uyghur population by the Chinese government.

Earlier this week the Chinese held a bizarre press conference called ‘Xinjiang is a Wonderful Land’.

China continues to deny any wrongdoing in the region.

Suez Canal: Ever Given owners hope to refloat giant ship on Saturday