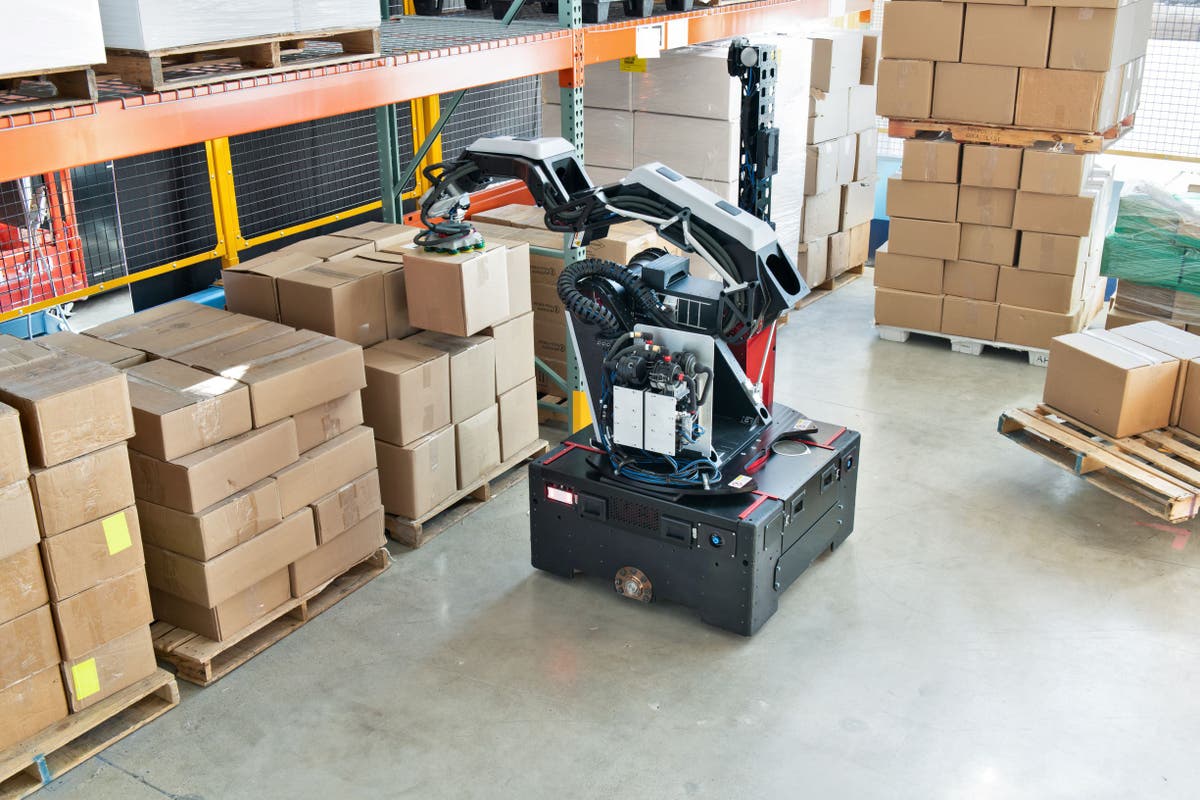 Boston Dynamics has launched its new robot – the first aimed at only one task.

The company, best known for its robot dogs that are able to move around with uncanny and impressive skill, has named the new machine “stretch”.

It is built for the specific purpose of moving boxes around warehouses, with the aim of bringing automation to the vast buildings that are at the centre of companies such as Amazon.

The company said it had been launched with a view to the ongoing growth of online shopping.

Stretch looks a little less like existing animals than other Boston Dynamics creations. The company’s robots have become popular through their YouTube videos – viewed with a mix of fear and excitement – of robots such as ‘Spot’, which looks like a dog, and the human-shaped Atlas.

Instead, Stretch looks much more like the robots seen on assembly lines and other more traditional applications, in keeping with its streamlined purpose.

Stretch is the first robot for one task that the company has built, based on requests received from companies around the world, said Michael Perry, vice president of business development for Boston Dynamics.

“We heard pretty much universally across warehousing that truck unloading is one of the most physically difficult and unpleasant jobs … And that’s where Stretch comes into play,” Perry told Reuters.

Stretch has a small mobile base that allows it to move around tight spaces in existing warehouses without having to reconfigure them for automation. It is equipped with an arm and a smart-gripper with advanced sensing and computer vision cameras that can identify and handle a large variety of boxed and shrink wrapped cases.

“We’re looking at picking up boxes around 50 pounds (23 kilograms), and our maximum rate of picking up and moving boxes can reach up to 800 cases per hour. So, it’s a fast moving, highly versatile robot,” Perry said.

Hyundai Motor Group recently agreed to buy a controlling stake in Boston Dynamics from SoftBank Group Corp in a deal that values the robot maker at $1.1 billion.

And Perry said the time is ripe for the new “bot on the block” to capitalize on an ever-increasing consumer demand for speedy home delivery.

Analysts say the warehousing sector experienced an extremely strong 2020, with growth expected to continue this year. They point to the dynamics of 2020, as online shopping amid the pandemic drove the need for a massive expansion in order fulfillment services.

Boston Dynamics hasn’t released any pricing for Stretch, but said the system can be installed “without requiring costly reconfiguration or investments in new fixed infrastructure.”